Monday, May 10
You are at:Home»News»Nation»Azmin says ‘confident’ leaked phone recording is of Anwar with Umno’s Zahid, calls it biggest betrayal to Pakatan 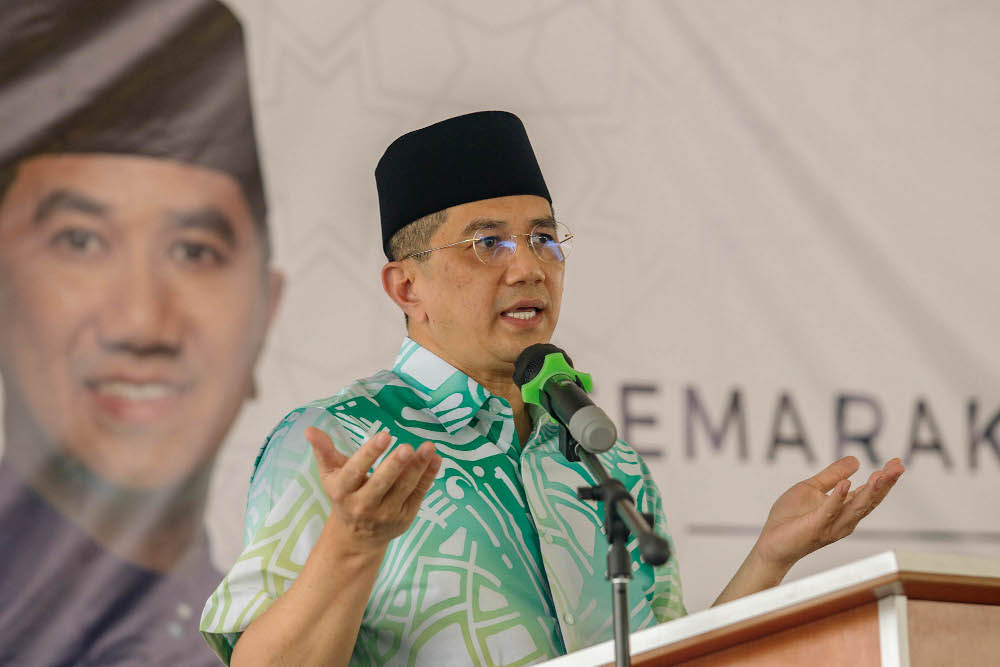 Now the information chief of the ruling Perikatan Nasional (PN) coalition, Azmin told reporters that he is able to recognise Anwar’s voice as he had worked alongside the latter for decades.

“I consider this to be the biggest act of betrayal that was conducted by Anwar not just to his own party but also to other component parties in Pakatan Harapan because he had secretly held negotiations… because I as an officer that had served him for a long time and was at one time his private secretary, I am confident that the recording is genuine,” Azmin said.

He is the second former PKR leader after Ampang MP Datuk Zuraida Kamaruddin to declare confidence about Anwar being one of the two speakers in the audio clip.

In the phone conversation, the speaker who sounded like Anwar praised the other for the political speech delivered at Umno’s 75th annual general assembly last month.

Zahid has rejected the recording as fake and an attempt to weaken and destroy Umno.

Anwar’s reaction has been similar; he called it slanderous and the latest ploy by “some elements in the government leadership” to damage inter-party ties within the Opposition Pakatan Harapan coalition ahead of GE15.

Azmin urged both Zahid and Anwar to be truthful to their own party members on the alleged conversation in the leaked audio.

Asked on how the government would respond to Anwar’s memorandum to the Yang di-Pertuan Agong to reconvene Parliament during the nationwide Emergency, Azmin said the PN administration will act in accordance to the Constitution and the law.