Saturday, June 19
You are at:Home»News»CM: Discovery of new O&G fields off shores of S’wak will give good impact to Balingian-Miri belt 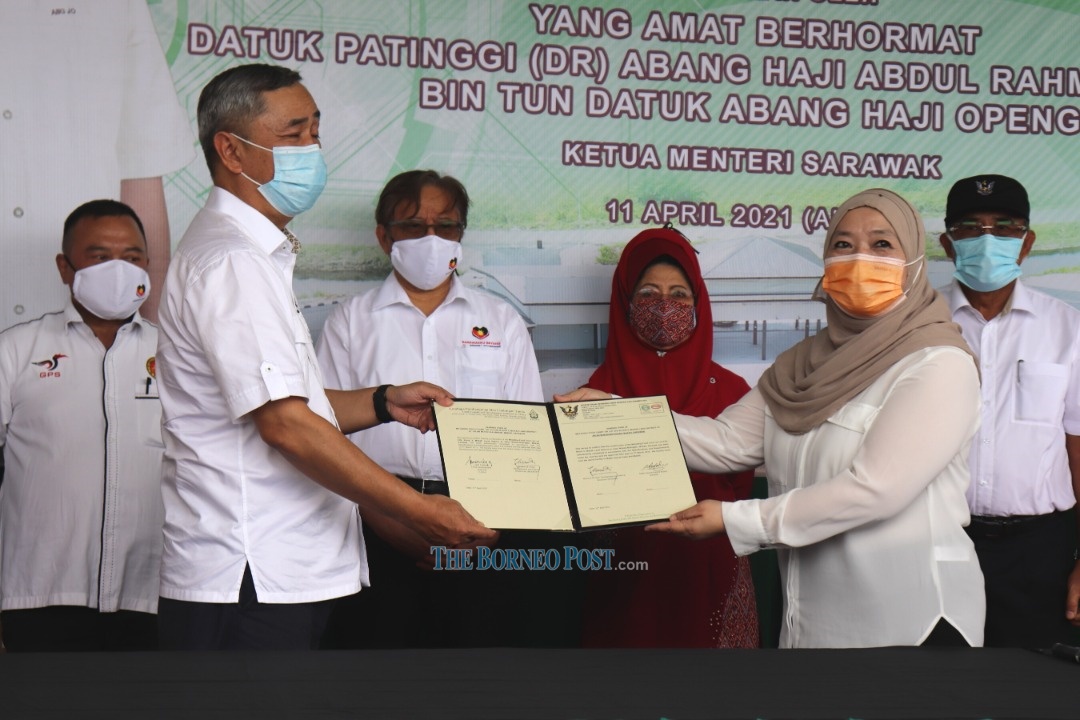 He said this particularly for Balingian where the O&G operation was expected to require a platform in Mukah as well as Balingian.

“But it is still too early to find out. We will only be able to know once Petronas start their activities.

“At least we have a core infrastructure that we have developed,” he told a press conference after he witnessed the handing over of Medan Selera Metading from Land Custody Development Authority (LCDA) to Dalat and Mukah District Council (MDDM) today.

On March 30, Petronas announced a new oil and gas discovery in the Sirung-1 wildcat exploration well of Block SK405B Production Sharing Contract (PSC), located in the shallow waters of the Balingian Province, 237 kilometres off the coast of Miri.

In February, the O&G company announced a gas discovery from the Dokong-1 wildcat exploration well in the Block SK417 production sharing contract (PSC), which is located in the shallow waters of Baram Province, approximately 90 kilometres off the coast of Sarawak.

Meanwhile, Abang Johari said that he had approved a total of RM60 million to build the Tellian by-pass road and a new bridge crossing Batang Mukah.

He said the road about 5 kilometres and costing RM30 million was at the tendering stage while the bridge would be the second bridge connecting Balingian to Mukah town.

The first bridge was the iconic yellow bridge which has become a Mukah landmark.

“When completed, the road and the bridge will shorten the journey to Balingian and Mukah proper,” he said.

On Medan Selera Metading, he said that it was part of development projects being implemented in Balingian by LCDA.

“After Medan Selera Metading, LCDA also will build a ‘tamu’ and housing project for the people in Balingian so they can live comfortably in their own house.

“Medan Selera Metading’s strategic location between Sibu, Mukah and Bintulu will provide a new development focus for this area.

“This is in line with Mukah masterplan as envisioned by the former chief minister Tun Pehin Sri Abdul Taib Mahmud, who had opened up places in Mukah. I am implementing the projects according to the masterplan,” he said.

He added coastal town Mukah would be a strategic place and its development would be on par with rural areas with the availability of coastal roads linking Kuching to Miri by 2030.