Thursday, August 5
You are at:Home»Sports»Football»Sports chiefs in talks over fixture clash with Prince Philip’s funeral 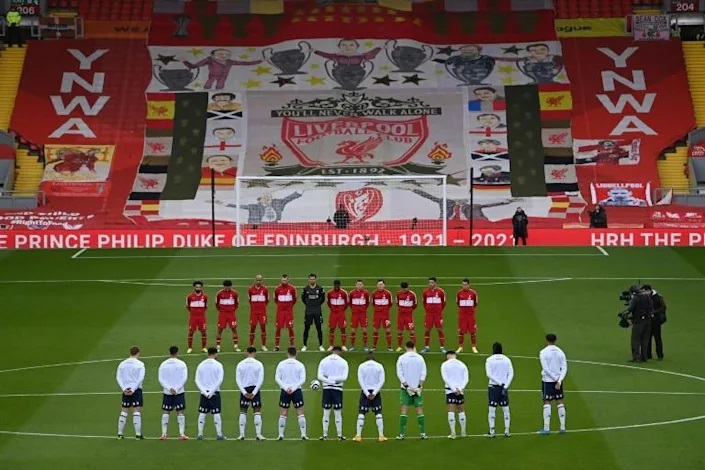 Sports authorities in Britain are in talks over moving matches next Saturday following confirmation that Prince Philip’s funeral will take place at Windsor Castle on April 17.

A national minute’s silence will be observed as the ceremonial royal funeral begins at 1400 GMT.

The funeral will take place on a busy sporting weekend with the FA Cup semi-finals, a full Football League programme, the Women’s Six Nations and the opening day of the World Snooker Championship among the events on the calendar.

The English Football Association, Premier League and the England and Wales Cricket Board are all in discussions with the Department for Culture, Media and Sport regarding arrangements.

In the Premier League, Wolves are due to host Sheffield United at 1400 GMT, following the 1130 GMT fixture between Newcastle and West Ham.

The FA Cup semi-final between Chelsea and Manchester City is due to kick-off at 1630 GMT at Wembley.

The English Football League has announced that matches in the second, third and fourth tiers scheduled to begin at 1400 GMT will be rearranged.

“As a mark of respect, EFL matches scheduled for 3pm on Saturday 17 April will be moved to avoid a clash with the funeral of Prince Philip, Duke of Edinburgh,” an EFL spokesperson said.

“The EFL will now work with its clubs to determine at what time the matches will be played, giving consideration to the timing of the service.”

Premiership Rugby fixtures will be rearranged to avoid a clash, a decision which will affect the 1300 GMT kick-off between Newcastle and Bristol and 1400 GMT fixture involving Harlequins and Worcester.

“We have already started discussing the logistical details with our clubs and broadcasters and will make an announcement as soon as possible.”

On Saturday, tributes were paid at sporting grounds up and down the country following Buckingham Palace’s announcement a day earlier that the Duke had died peacefully in his sleep at the age of 99.

Sportsmen and women observed a two-minute silence at the start of fixtures and wore black armbands as a mark of respect. – AFP