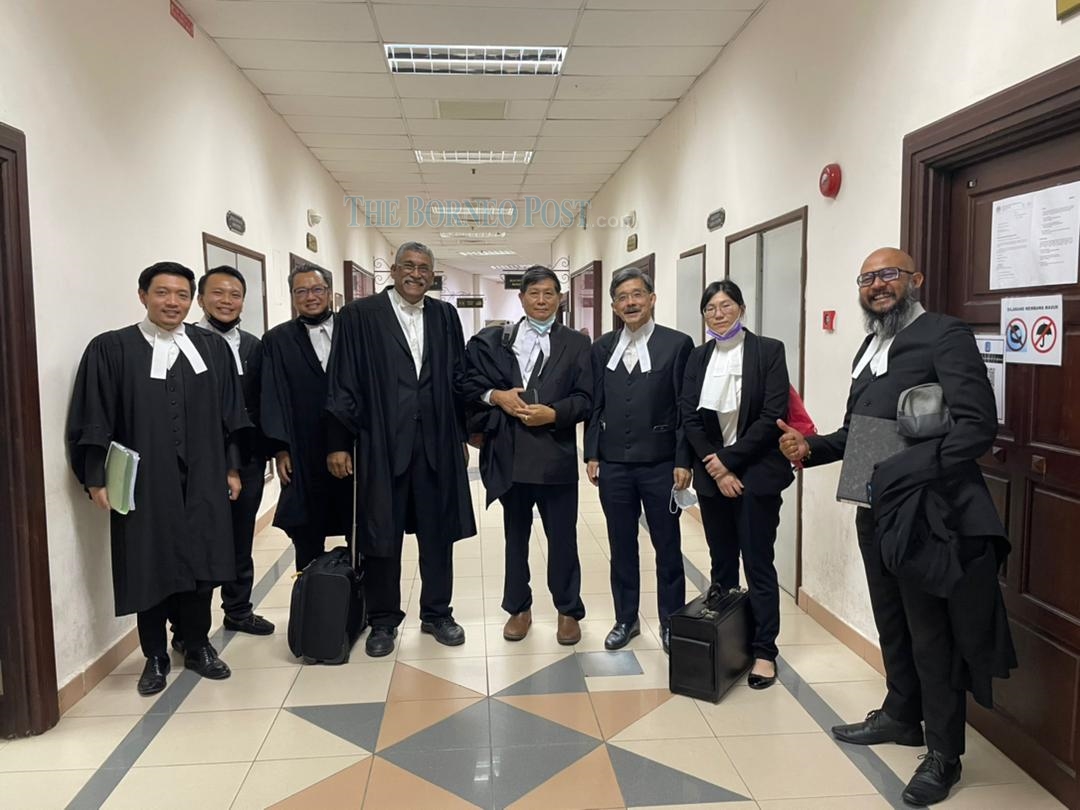 Voon (fourth right) and his team of lawyers at the Court Complex in Kuching this morning.

Judicial Commissioner Alexander Siew dismissed it with cost of RM10,000 to be paid by Voon to Malanjum, in effect affirming an earlier decision of High Court Judge Datuk Abang Iskandar Abang Hashim on Sept 15, 2020, in admitting Malanjum into the Sarawak Roll of Advocates following no objection from the Advocates Association of Sarawak.

Voon’s intervener petition to get a court declaration on Malanjum’s admission to the Sarawak Bar was dismissed because Malanjun had complied with provisions that he has “Sarawak connection”.

The Advocates Ordinance 1953 states only those with Sarawak connection can practise in Sarawak and a person is deemed to have Sarawak connection if they are born in the state, have been a resident here for a continuous period of five years or more, and are domiciled in Sarawak.

Voon, who is Parti Bumi Kenyalang president, then pointed out that the purpose of him filing to be an intervener in the petition was part his effort in protecting the rights of the state as per enshrined in the Malaysia Agreement 1963 (MA63).

People from outside Sarawak could not practice law here unless they comply with the relevant provisions, he insisted.

When contacted, one of Voon’s counsels RJ Noel said they could only decide to appeal to the Court of Appeal against the High Court decision after studying the Judicial Commissioner’s grounds of judgement.