Saturday, August 13
You are at:Home»Sports»Football»Rhinos play well despite salary issue 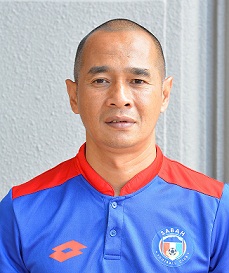 KOTA KINABALU: Sabah FC put their off-the-field issue to one side as they claimed an important point away to Penang FC at the Bandaraya Stadium on Sunday.

The Rhinos, whose preparation for the game was distracted by players’ salary issue, showed a spirited performance to force a 1-1 draw against their much fancied opponents.

They could count themselves unlucky for not returning with the full three points especially when they had enough chances to create an upset win over their highly ranked hosts.

“We are very happy with the one point from an away fixture…it is a very important point for us,” said head coach Kurniawan Dwi Yulianto after the match.

“We have studied Penang’s game and we knew they are a solid team with only one defeat so far in the Super League.

“What we did was to motivate the players that nothing is impossible in football. I’m happy with their display on the field, they played according to the game plan.

“We conceded the late equaliser from a set piece, which was known to be Penang’s strength but overall

I’m pleased with how the team fought.

“The players really worked hard and for that I must thank the players for their effort on the night,” added the Indonesian trainer.

The Rhinos went into the match with notable absentees including team captain Rawilson Batuil and midfield enforcer Azzizan Nordin, who were left behind for allegedly raising the salary issue last week.

Apart from that, nimble-footed winger Maxsius Musa is serving a suspension after being red-carded in the 1-4 defeat to Johor Darul Ta’zim in the previous game.

However, that did not stop Sabah FC from stating their intent from the kick-off with veteran striker Bobby Gonzales, who were handed a start along with highly rated forward Hamran Peter, twice coming close to scoring inside five minutes of play.

The first half ended scoreless despite Penang FC too had their chances but it all changed when the team re-emerged for the second half, with Sabah FC looking a different side with their much-improved displays.

The Rhinos, unsurprisingly, went ahead in the 52nd minute after exchanging passes with substitute Sam Johnson, Indonesian international Saddil Ramdani powered a left-footed shot from outside the box to beat goalkeeper Tian Keat See.

The equaliser did come with five minutes remaining and from a corner kick, Da Silva rose the highest to find the back of the net despite Robson getting a hand to it.

Sabah could have snatched a late winner but veteran midfielder Amri Yahya’s low shot was palmed away by Keat See for a fruitless corner.

Elaborating further on the match, Kurniawan attributed the second half improvement to a pep talk during half time.

He said many had doubted Sabah FC’s ability to return with something positive from the game especially without several senior players.

“It was a motivational talk…I told the 20 players included in the matchday squad that they were the best available players for Sabah FC for the game.

“If they were to hold onto their place in the team, they must show in the next 45 minutes that they deserved it…they did just that,” he said.

“I believe in all the players I have in the team. However, there is no gurantee that they would be an automatic choice in the first team place.

“Players who work hard and give their 100 per cent, they will play,” he added.

The Rhinos will next face bottom-of-the-table UiTM FC at the Likas Stadium on April 17.