Sunday, October 17
You are at:Home»News»Sabah»Sabah’s top cop vows to wipe out drug syndicates

KOTA KINABALU: Recognising that Sabah is a drug transit, State Police Commissioner Datuk Hazani Ghazali aims to wipe out drug syndicates in the state during his tenure.

According to Hazani, the Sabah Police Contingent is at approximately 80 per cent progress in achieving that “vision and mission.”

“The moment I took over (as Police Commissioner) in Sabah, it has been my vision and mission to wipe out all the drug syndicates in Sabah. 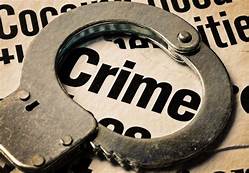 “We are at more or less 80 per cent in terms of that. I have urged all district police chiefs to take continuous action when it comes to drug crimes. We go for big drug busts and we have intel about drug syndicates, so we will take the appropriate action in line with the law,” said Hazani told reporters after the task assignment ceremony of seven Royal Malaysia Police officials within Sabah on Monday.

He said this following reports of the circulation of the drug known as Captagon in Sabah. However, Hazani assured that the drug was not meant for the local market.

“Presently, (the circulation of the drug) has not been tracked in Sabah and I was informed that the pill is not meant for the Malaysian market – we are the drug transit. It is the same case with Sabah; we are the transit for this drug to be sold in neighbouring countries,” said Hazani.

His concern was that the drug has been linked to terrorist groups where it is used to evoke “courage,” and it may have a negative impact here. But Hazani emphasised that police intel confirmed the drug was not meant to be circulated in the local market.