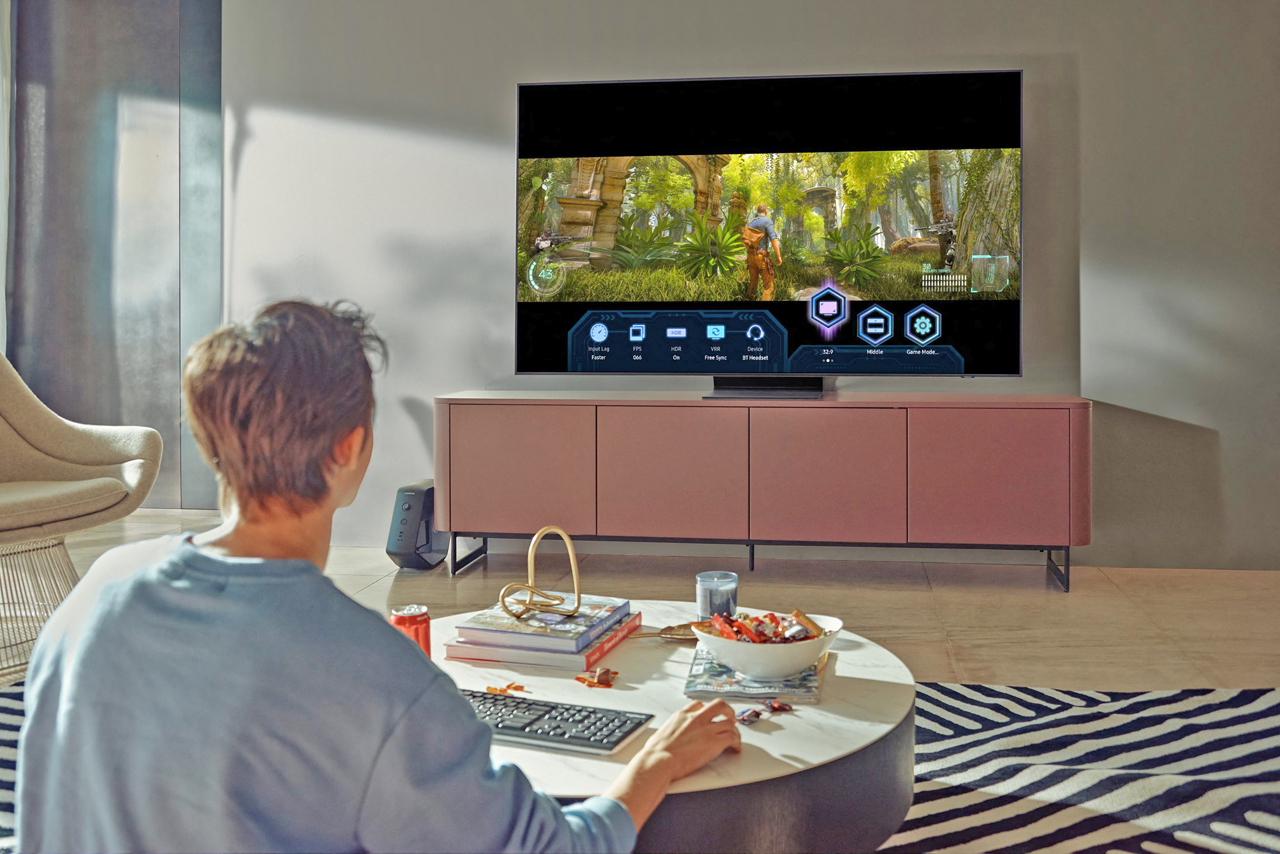 KUCHING: Samsung’s latest 2021 Neo QLED TV have received the distinction, reflecting game-changing performance of a sub-10ms input lag and HDR with brightness of higher than 1000 nits.

Four models from the 2021 Neo QLED lineup (QN900, QN800, QN90, QN85) received the certification, a distinction given for ‘Low Input Lag’ and ‘HDR with brightness of higher than 1,000 nits.’ Each of the TVs went through a rigorous testing process, ultimately earning the certification for less than 10ms of input lag during every scene of gameplay.

Input lag refers to the period of time from when an electrical signal is sent from the game pad to when it is displayed on the screen. A TV with lower input lag will provide gamers with a more immersive gaming experience.

In addition, Samsung’s Neo QLED also received the certification for HDR with brightness over 1,000 nits. FreeSync Premium Pro also adds to the HDR support, making bright scenes brighter and dark scenes darker to offer optimized contrast. HDR technology is often considered as one of the most important features among gamers.

Samsung’s Neo QLED TVs deliver more accurate details, deeper blacks and incredible colour expression due to their 100 per cent colour volume and 12-bit backlight control. Wide Game View and Game Bar, both industry firsts, deliver a broader viewing experience with 21:9 and 32:9, and the ability to quickly check a variety of gaming information.

Quantum Matrix Technology enables ultra-fine and precise control of the densely packed LEDs, preventing blooming – and allowing viewers to enjoy content as its meant to be seen. Neo QLED increases the luminance scale to 12-bit with 4096 steps; this helps make dark areas darker and bright areas brighter, resulting in a more precise and immersive HDR experience.

By using up to 16 different neural network models, each trained in AI upscaling and deep learning technology, the Neo Quantum Processor can optimize picture quality to 4K and 8K picture output regardless of the input quality.

Samsung’s 2021 Neo QLED 8K features a new Infinity One Design – a nearly bezel-less screen providing an even more immersive viewing experience in a sleek design and form factor. And Neo QLED 8K’s attachable Slim One Connect box – an all-new cable management system that can be attached to the TV’s back – allows for an easier install and cleaner aesthetic.

Samsung’s 2021 Neo QLED 8K and 4K models offer smart features that expand the role of the TV and help consumers meet their changing needs when it comes to fitness, entertainment and the home office.

Previous ArticlePrivate consumption and services sector to advance in 2021
Next Article Association: Deeper understanding of MA63 vital before deciding on usage of term ‘wilayah’