Wednesday, July 28
You are at:Home»News»Sarawak»Teen motorcyclist killed in crash with four-wheel drive in Sibujaya 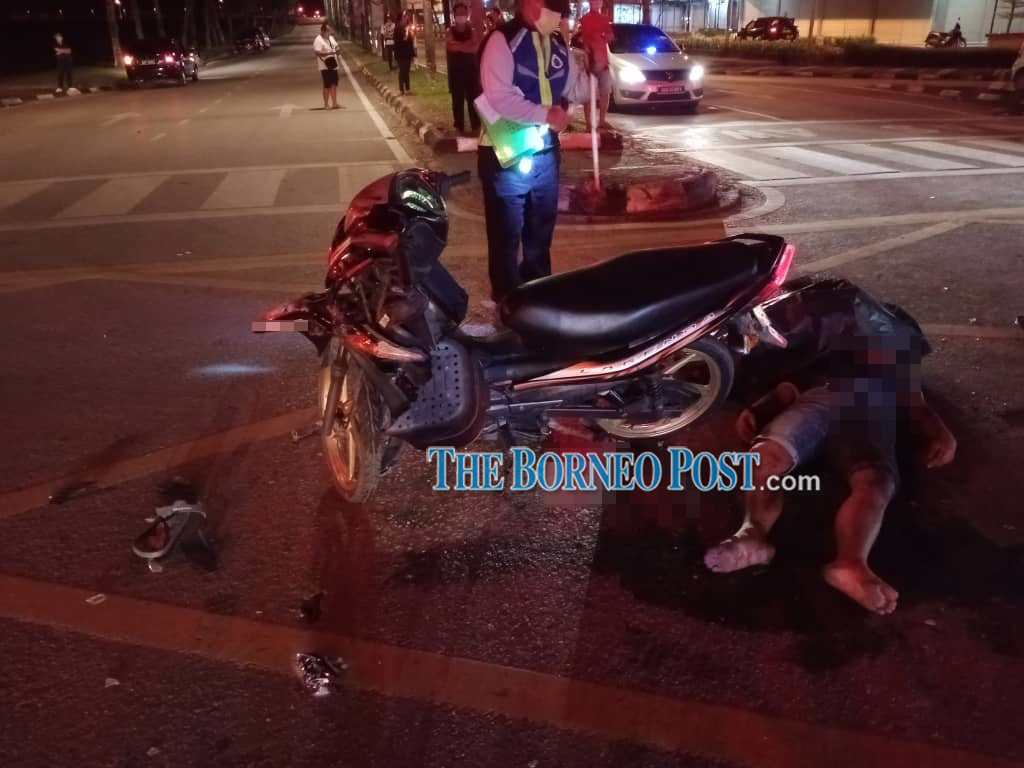 A policeman examines the scene of the accident.

SIBU (April 12): An 18-year-old motorcyclist was killed after the machine he was riding collided with a four-wheel-drive (4WD) vehicle at the traffic light intersection in Sibujaya yesterday.

“The 7.40pm incident happened when the victim, who was heading towards Sibu/Durin main road from Sibujaya flats, crashed into the car that was moving towards Sibujaya commercial area.

“The victim was pronounced dead at the scene by paramedics from Sibu Hospital due to the impact of the crash,” he said in a statement today.

Stanley said the 4WD vehicle driver, aged 37, was arrested under Section 112 of the Road Transport Act 1987 on suspicion of committing an offence under Section 41 (1) of the same Act.

The driver was later released on police bail, he said.

Previous ArticlePBDSB launches online donation drive to raise funds for candidates in next state polls
Next Article Over 2,300 Kapit folk get Covid-19 swab tests over the weekend