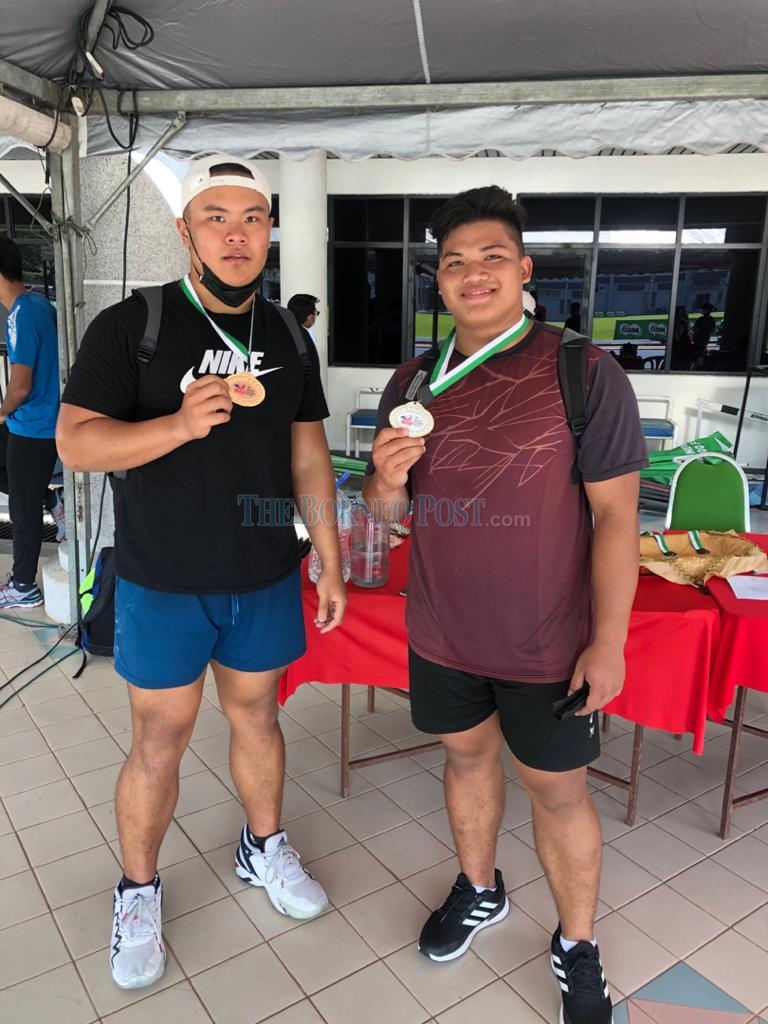 He had hit the 16m mark in his final attempt in Men’s shot put at the Malaysia Athletics Grand Prix in Bukit Jalil last weekend and though he did not win gold, the distance was the qualifying mark for the international meet.

“I was shocked with the results and hopefully, it can be a huge boost and a big motivation to me to aim higher,” said the 18-year-old former SMK Bandar Sarikei student.

Jonah promised to train hard, saying he had faith in himself though admitting it would be a tall order for him to win something for the country in the SEA Games.

“It’s going to be my SEA Games debut and no matter what lies ahead, I will try my best to win something for the country,” he said.

In the Men’s shot put event, Jonah won the silver medal after throwing the shot put to a distance of 16.45m, which is also his personal best.

Before that, his personal best was only 15.6m and he rarely hits the 16m mark.

Kelantan’s Muhammad Ziyad Zolkefli Othman took the gold medal with a distance of 16.47m, followed by another Sarawakian Kong Chin Poh with a throw of 15.55m.

Having earned the ticket to Hanoi, Jonah is on cloud nine and he is now eagerly looking forward to the Vietnam Games.

Both Jonah and Kong have been slated to represent Sarawak in the Johor 2021 Malaysia Games (Sukma).

With Jonah jumping on the bandwagon, the intense rivalry between Kong and defending champion Johor’s Farm Loong Deng for the shot put gold medal in Johor Sukma suddenly appears to be a three-way tussle.

Having trained under full-time Sarawak throw coach Frantisek Petrovic in Kuching and assisted by Thomas Ling Neng Thung since he completed his SPM last year, Jonah has been growing from strength to strength.

In fact, all his talent could have gone down the drain last year when he suffered a deep cut to his right hand which required 29 stitches.
Recalling the injury, Jonah said the cut was sustained during a fall when he was cleaning the window in a church.

Jonah said it was a nightmare and he thought his athletic career was as good as gone.

“Fortunately, the 2020 Movement Control Order (MCO) set in and all sports activities were brought to a halt, hence allowing me ample time to recuperate.”

It took him three months of rest following the incident before he finally got hold of the shot put balls to try throwing again during the last Conditional Movement Control Order (CMCO).

Jonah believed the 14-months hiatus during the MCO, followed by the CMCO and the Recovery Movement Control Order (RMCO) had given him time to recover in order to excel in the sport.

He said the Malaysia Athletic Grand Prix was the first event he took part in and hopefully, he can build on the momentum for his future performance.