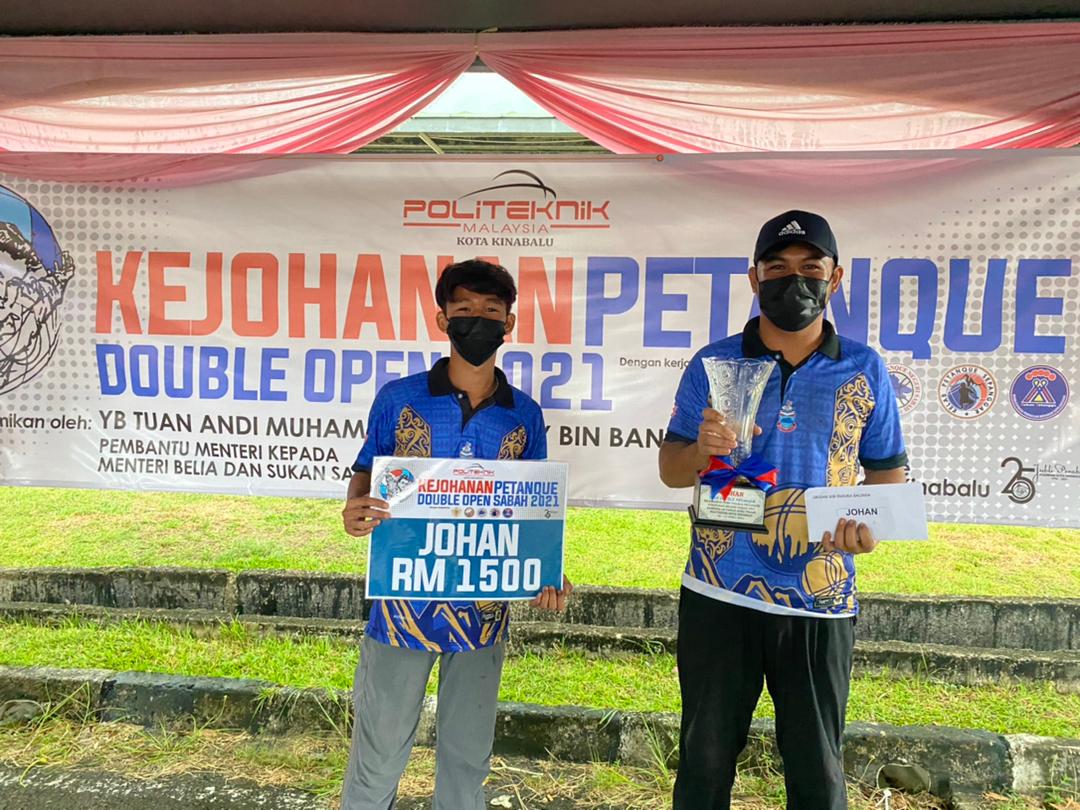 Fadzrul (left) and Aznil pose with their prizes after winning the Sabah Open Petanque Doubles Tournament at PKK Petanque Arena over the weekend.

The two-day tournament that ended on Sunday was held at the Kota Kinabalu Politeknik (PKK) Petanque arena.

Fadzrul who is a diploma student in marketing at PKK and his teammate Aznil defeated Dragon Ball A consisting of Mohammad Qayyim Irfan Mazlan and Mohd Hafizzuddin Edmund Abdullah 13-4 in the final.

TMS 7 received RM1,500 as winners while runners-up Dragon Ball A settled for RM700.

Sixty-four teams of two players each took part in the tournament. The participants were from around Kota Kinabalu, Tuaran, Kota Belud, Papar and Sandakan.

PKK deputy director of Academic Support Md Syadiqin Awang Adi @ Jumaat thanked all the participants and also the organising committee for their commitment towards making the  tournament a success.

“Although the competitions were held under strict compliance to the SOP (standard operating procedure) set by the authorities, the tournament still received overwhelming response and proved to be a success,” he said.

PKK is the centre of excellence for petanque athletes of Politeknik Malaysia.

Apart from that, the PKK Petanque Arena is also the training centre of Sabah’s Malaysia Games (Sukma) and Maksak Sabah athletes.