Saturday, June 19
You are at:Home»News»Sarawak»Local artists welcome to participate in Ayak Art Gallery 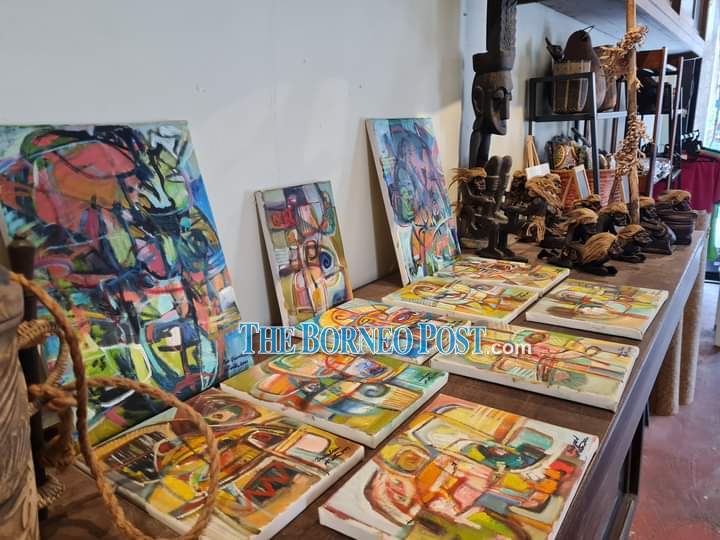 Some of the paintings on display at the Ayak Art Gallery in Siniawan.

KUCHING (April 14): Sarawakian artists are most welcome to join their counterparts in Bau to display their works at the Ayak Art Gallery, said Serembu assemblyman Miro Simuh.

He said the Ayak gallery at the popular old Siniawan town is now open to the public after the soft opening on April 9.

He said the gallery, which is probably one of its kind in Sarawak, was created to give local artists the opportunity to display and promote their artworks like paintings, carvings, crafts and anything related to arts.

The idea of setting up such gallery, he added, came after they sat with a few local artists like Melton Kais, Mathew Ngau, Muyang Kumandan, and others several months ago.

“They expressed their grouses, saying they had no place or centre for them to express their talents and showcase their works.

“All this while, they depended on the people’s request to draw this and that for them.

“However, there was no proper centre for them to show or exhibit their products,” he pointed out. 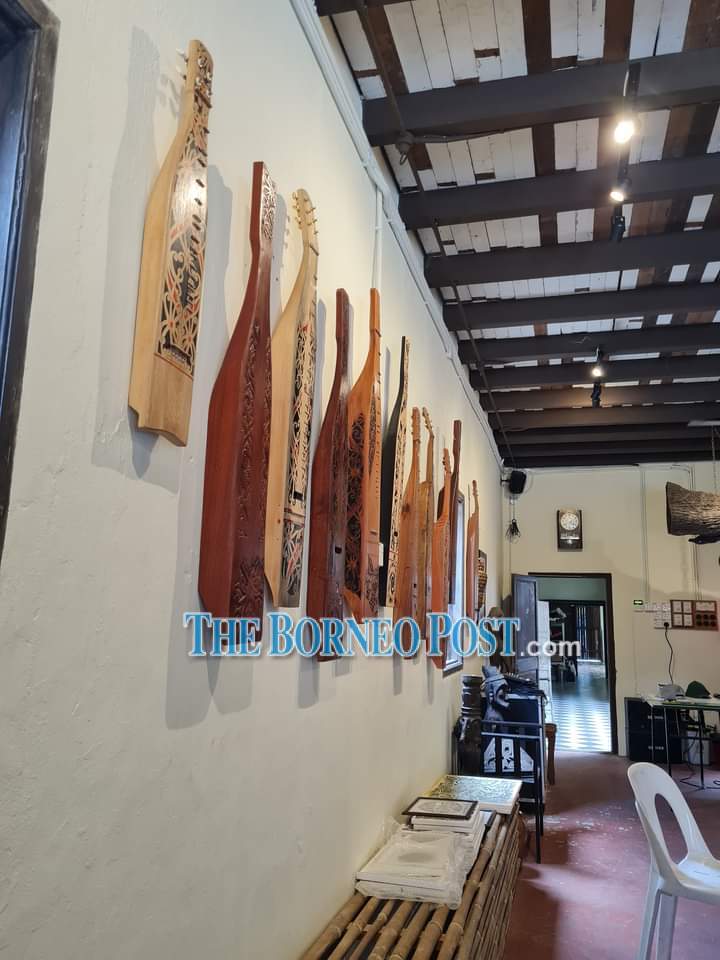 The popular sape on display at the Ayak Art Gallery.

After a lengthy discussion with close friends, Miri said they decided to identify a shop in Siniawan to set up this gallery.

Thankfully, one of their friends was generous enough to offer his shop in Siniawan to be rented for the gallery, he added, and after minor renovation had been done to the shop, the gallery is now for the public to visit and make their orders.

“If you go there, you will see a lot of products, mostly paintings, being exhibited now.

“I’m not sure, but I hope this is the only art gallery that can we find, maybe in Kuching or in Sarawak” he said.

He hoped art and painting enthusiasts will drop by in Siniawan and see all the unique things on display at the gallery.

“I really hope this gallery will give local artists the chance to expand their interest and business in this kind of industry,” he said.