Sunday, August 1
You are at:Home»News»Sarawak»King and Queen convey condolences to Norkiah’s family 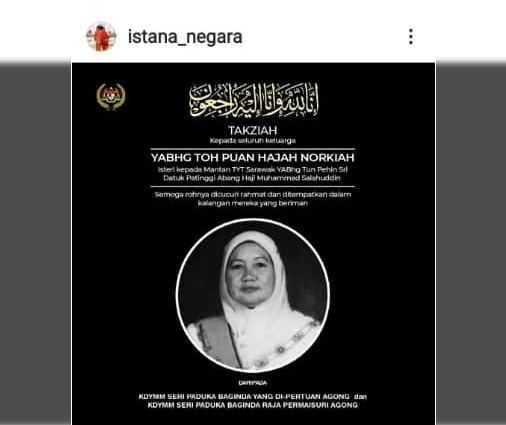 In a posting on Instagram yesterday, Sultan Abdullah and Tunku Azizah expressed their condolences to the family and said that they also shared in the sorrow of her passing.

Their majesties also hoped that Norkiah’s family members would be patient and be able to endure during this time of grief and loss.

Both Taib and Abang Johari lead prayers and the recital of the Yassin. 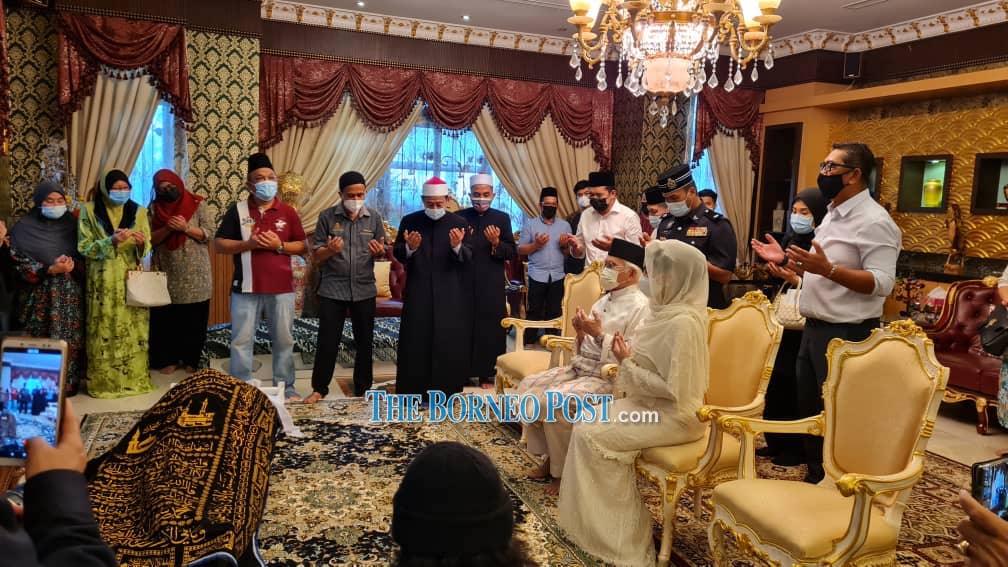 Taib leads prayers for Norkiah. Raghad is seated beside him. 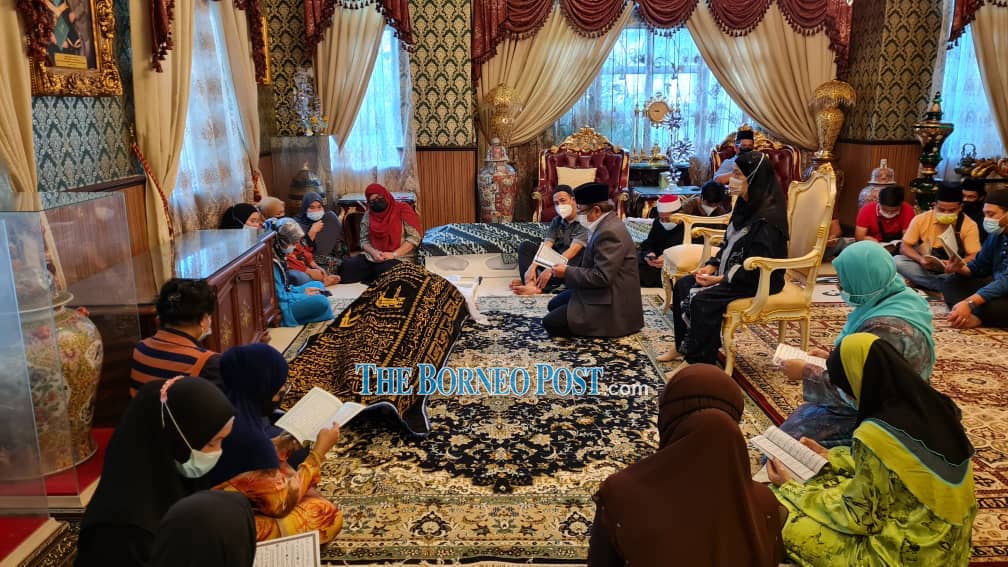 Abang Johari recites the Yassin as he pays his last respects to Norkiah. Juma’ani is seated behind him. 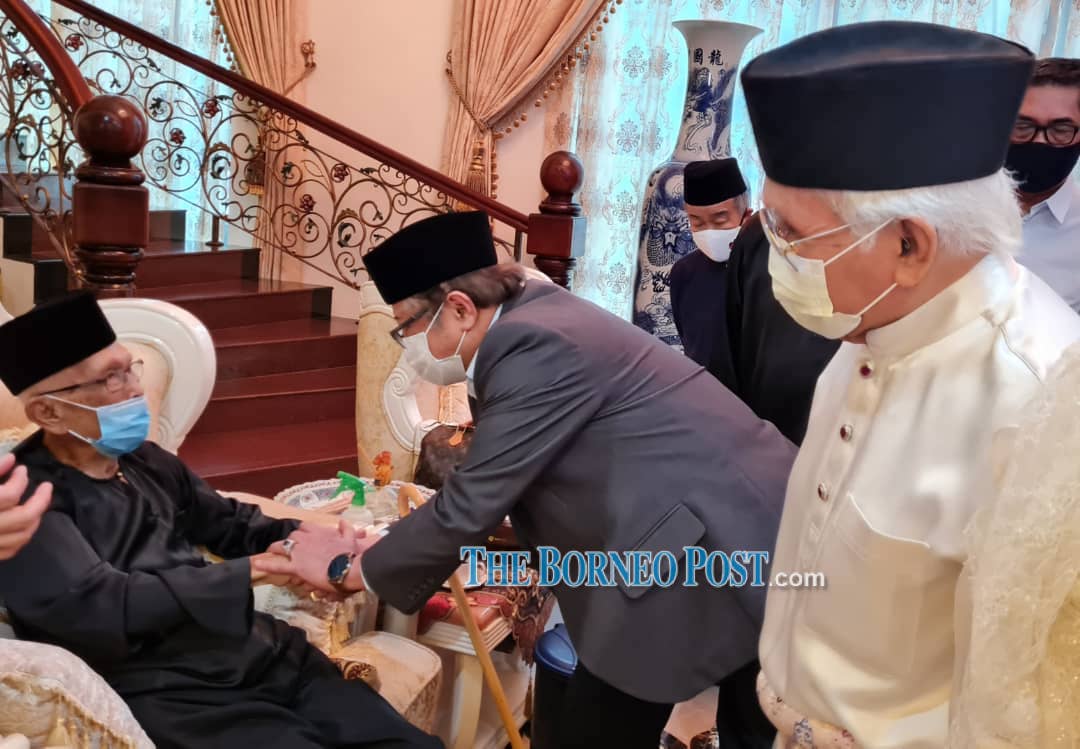 Separately, Welfare, Community Wellbeing, Women, Family and Childhood Development Minister Dato Sri Fatimah Abdullah, who was at the Samariang Muslim cemetery to pay her last respects yesterday, said Norkiah will be missed by many, especially children at the orphanages in Sarawak. 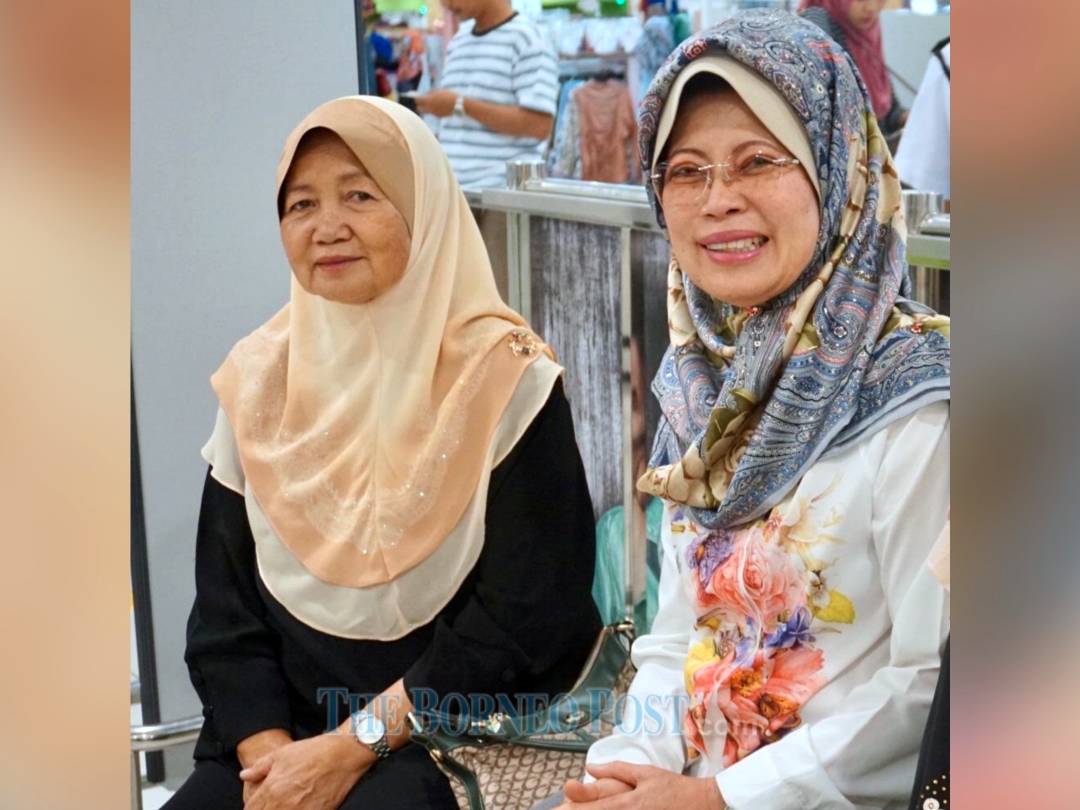 Fatimah (right) and Norkiah in a photo shared by the minister.

“During Ramadan month, before Hari Raya, she brought them out to buy new clothes and shoes for Hari Raya.”

Similarly, Fatimah added, the poor and the needy in society will also miss her.

“In fact, her last phone call to me before she fell sick was about asking JKM (Welfare Department) to help find a place to stay for a poor senior citizen who has no family members.

“I will miss our discussions on welfare institutes for that was the area closest to her heart. We will miss her. May Allah grant her rest and peace,” she said.

Norkiah was active in supporting education for children especially those in the rural areas, charities, and the welfare of the orphans in the state.

In recognition of her contributions over the years, a college in Sibu and an orphanage here were named after her in 2016.

She married Abang Salahuddin in 1996, and had five children and one grandchild.