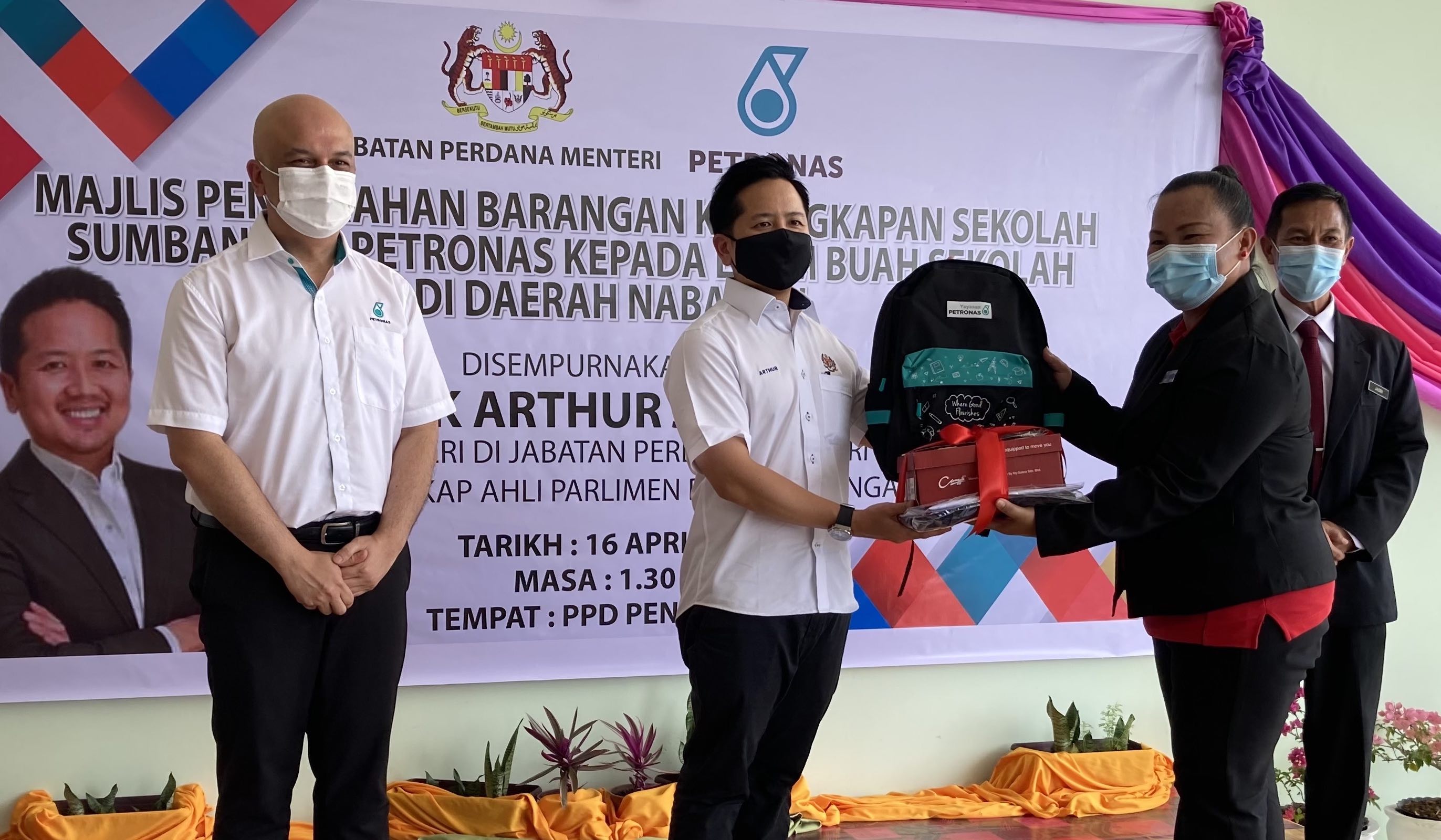 NABAWAN: A total of 120 students, some from amongst Sabah’s most remote primary schools, have received their new sets of school supplies and personal hygiene kits from Yayasan Petronas under its Back To School 2021 (BTS 2021) programme.

They are from Sekolah Kebangsaan (SK) Kampung Bahagia Nabawan, SK Salarom, SK Pekan Nabawan, SK Tetagas, SK Sibangali and SK Salilaran in Pensiangan, a district in the south-central interior part of the state.

Each of the students received two three-layer reusable face masks, a hand towel, a box of paper soap, a school bag, a tumbler, a student activity notebook, a pencil case and stationery items as well as two sets of school uniforms and a pair of socks and shoes.

The items were officially handed over by Deputy Minister in the Prime Minister’s Department (Economy) Datuk Arthur Joseph Kurup to the schools’ representatives at the Nabawan District Education Office today. Also present was Head of Operations, Petronas Sabah and Labuan, Jasper Diego.

Arthur, who is also Member of Parliament for Pensiangan, thanked Yayasan Petronas for the contribution, saying that it would go a long way in assisting the underprivileged families of school-going children in the district.

The event was the part of the nationwide BTS 2021 programme. Overall, 3,750 primary school students from 132 schools in Sabah and 200 from 17 schools in Labuan received their BTS 2021 items during the programme, which kicked off last month.