Friday, August 6
You are at:Home»World»Another US mass shooting leaves eight dead in Indianapolis 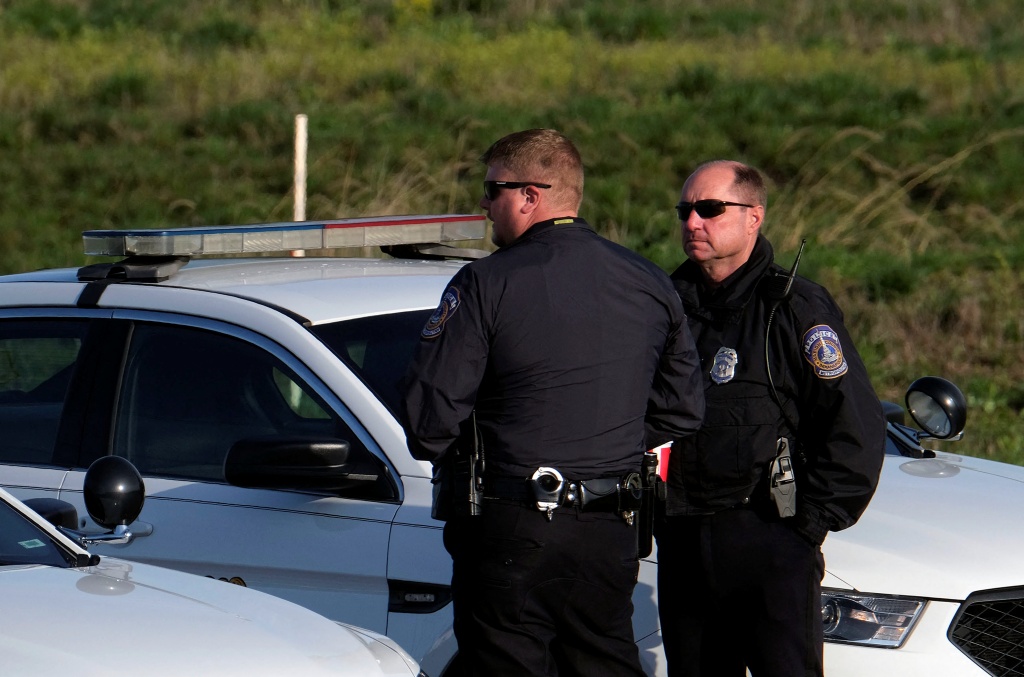 Police officers stand guard outside the site of a mass shooting at a FedEx facility in Indianapolis, Indiana on April 16, 2021. — AFP photo

UNITED STATES (Apr 16): A gunman has killed at least eight people at a FedEx facility in the midwestern US city of Indianapolis before turning the gun on himself in the latest in a string of mass shootings in the country, authorities said Friday.

The incident came a week after President Joe Biden branded US gun violence an “epidemic” and an “international embarrassment” as he waded into the tense debate over gun control, a powerful political issue in the United States.

The gunman responsible for the overnight shooting was not immediately identified and it was not known if he was an employee at the FedEx facility near the airport in the state capitol of Indiana, deputy police chief Craig McCartt told CNN.

Several others were injured in the shooting, which started when the gunman opened fire in the parking lot and then went inside and kept shooting. Police say the whole episode lasted just a few minutes.

“It wasn’t precipitated by any kind of a disturbance or argument with anyone there,” McCartt said.

“He did not get very far into the facility at all, so I think that it probably only lasted one to two minutes, from what we’re hearing,” McCartt said. He said he gunman was armed “with a rifle of some sort.”

When police entered the plant the gunman “immediately took his own life,” McCartt said.

‘Body on the floor’

Four people with gunshot wounds were transported by ambulance, including one in critical condition, police said. Three were transported with other injuries, while two were treated at the scene and then released.

One man who was working a twilight shift at the plant told local broadcaster WISH-TV he saw the gunman start shooting and heard more than 10 shots.

“I saw a man with a sub-machine gun of some sort, an automatic rifle, and he was firing in the open. I immediately ducked down and got scared,” Jeremiah Miller said.

“My friend’s mother, she came in and told us to get inside the car. What we’ve been doing (since) is telling everyone, our co-workers not to go to work today.”

Nervous relatives gathered at a hotel Friday morning near the plant for news of loved ones who work there and were not allowed to use their cell phones on the floor, news reports said.

Police spokeswoman Genae Cook told reporters that officers were called to an “active shooter incident” at around 11:00 pm (0300 GMT).

“The officers responded, they came in, they went in and they did their job. A lot of them are trying to face this because this is a sight that no one should ever have to see,” Cook said.

The plant is reported to employ more than 4,000 people.

Timothy Boillat, another employee, told WISH-TV that he saw around 30 police cars arriving at the scene as he witnessed the shooting unfold.

“After hearing the shootings, I did see a body on the floor,” he said.

“Luckily, I was far enough away to where he (the shooter) didn’t see me.”

The incident in Indianapolis follows a spate of mass shootings across the US in recent weeks.

At the end of last month, four people, including a child, were shot dead in an office building in southern California.

On March 22, 10 people were killed in a shooting at a grocery store in Boulder, Colorado.

That came less than a week after a man shot and killed eight people, including six women of Asian descent, at spas in Atlanta, Georgia.

Thursday’s incident was the third mass shooting in Indianapolis this year. In January, five people including a pregnant woman were killed; three adults and a child were killed in March.

Nearly 40,000 people in the United States die each year from guns, more than half of those being suicides.

The issue of gun regulation in the United States is politically fraught.

“Enough prayers,” the Democrat told Congress members and gun control activists at a White House ceremony. “Time for some action.”

The move was immediately attacked by Republicans, with the party’s senior leader in the House of Representatives, Kevin McCarthy, warning of “unconstitutional overreach.”