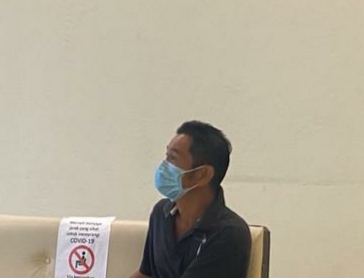 KOTA KINABALU: An unemployed man, who was a pet owner, was fined RM10,000, in default, four months’ imprisonment by the Sessions Court here today for allowing his domestic male dog to be clubbed to death two years ago.

For the freshest news, subscribe to our Telegram channel.

The charge arries a fine of up to RM100,000 or a jail term of up to three years or both, upon conviction.

The accused was arrested for committing the offence at a house in Penampang on September 29, 2019.

The facts of the case stated that the complainant lodged a police report after seeing a viral video regarding animal cruelty to the dog.

Investigation revealed that the accused had instructed two Timorese men to tie the dog’s neck and club it to death with a piece of wood.

Due to that, the dog had suffered extreme pain which later led to its death.

Then on the next day, they ate the dog.

In mitigation, the unrepresented accused said that both men were his friends while the video was recorded by another friend and the reason for their action was because they wanted to eat the dog.

The court had reminded the accused that pets should be taken care by its owner, not to be beaten which caused the pet to die and not to eat the pet.

Previous Article143 new cases, another new cluster in Sabah
Next Article Registration for Covid-19 jabs in Penampang, Kapayan on Sunday