Tuesday, February 7
You are at:Home»News»Sabah»Govt serious on KK Sky Train
For the freshest news, join The Borneo Post's Telegram Channel and The Borneo Post on Newswav. 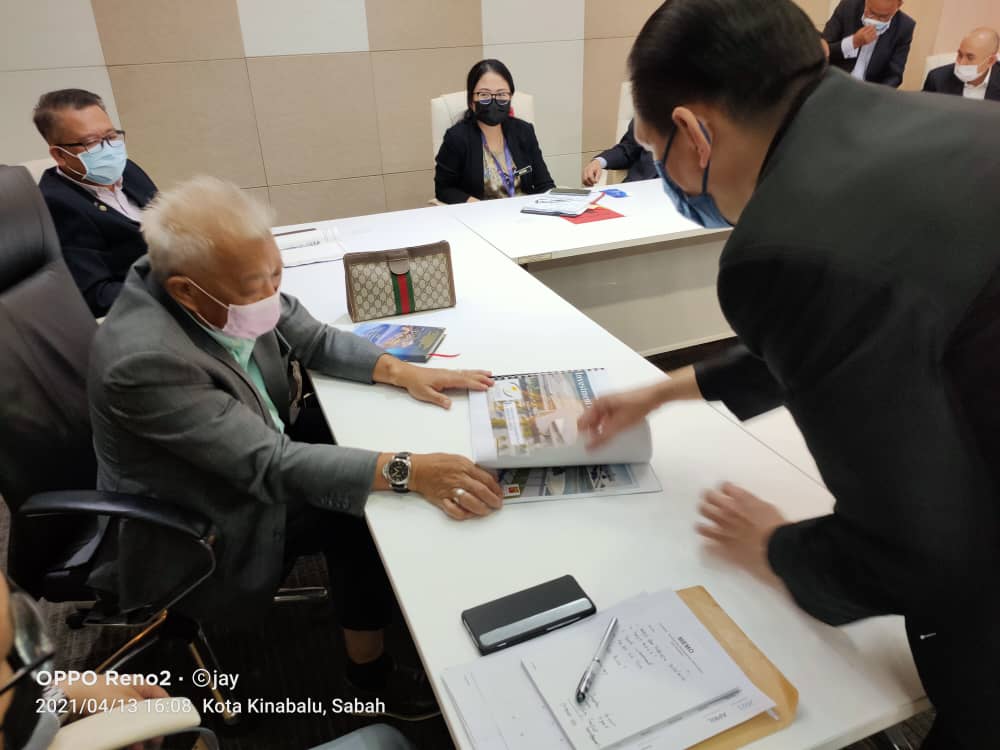 Bung (left) being briefed on the Sky Train project proposal from three local and foreign companies on Friday.

KOTA KINABALU: The Sabah government is committed to develop the Sky Train project to further upgrade the public transport system in Kota Kinabalu.

Deputy Chief Minister Datuk Seri Bung Moktar Radin, who is also Works Minister, said it is not impossible to implement if careful planning is taken.

He also said that there must be financial allocation for the project to be implemented.

“Currently, there are several local investors and a few from overseas such as China who are interested to develop the project through the Private Funding Initiative (PFI),” he said after listening to the proposal from three local and foreign companies who were interested in the project at the Sembulan Public

Bung has asked the three companies to conduct discussions with relevant government agencies such as the Works Ministry, Sabah Railway Department, Land and Surveys Department, Economic Planning Unit and City Hall as well as other related agencies before the proposal is presented to the cabinet.

“There is much to discuss and refine, particularly those that include land acquisition and others. So there must be a discussion with departments and agencies before it is brought to the cabinet.”

He added that the project will change the development landscape of Kota Kinabalu while also addressing the congestion issues affecting the city.