Saturday, July 24
You are at:Home»News»Sabah»Guan Dee’s appointment an honour to STAR – Jeffrey 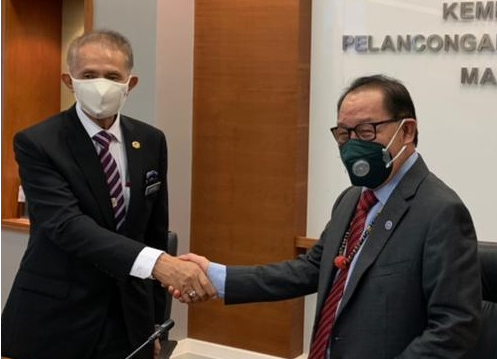 Jeffrey believes Kohoi’s appointment is beneficial to Sabah, especially its tourism industry, as well as a recognition of the party by the current federal government.

“I am delighted because Kohoi will be able to carry on the work I started when I held the role last year.

“Even though my tenure at the ministry was brief, I was fully dedicated to it. I left the ministry with a heavy heart as I felt like I was already a part of this ministry, but I am relieved that someone who shares my ideal has taken my place.

“Kohoi is already acquainted with the ministry as he was always with me when I held his current post. As a result, he is no stranger to the demands and responsibilities of this ministry.

“As we all know, the tourism industry is critical to Sabah’s economy, and with him in charge, industry players will have a friend who understands Sabah’s situation better,” he said.

Jeffrey, who held the role since March of last year, vacated it after being appointed deputy chief minister.

Jeffrey was among those permitted to attend the swearing in ceremony at the Istana Negara in Kuala Lumpur.