Thursday, August 5
You are at:Home»News»Crime»Lorry and beer worth RM136,000 seized in Customs Department operation in Sibu 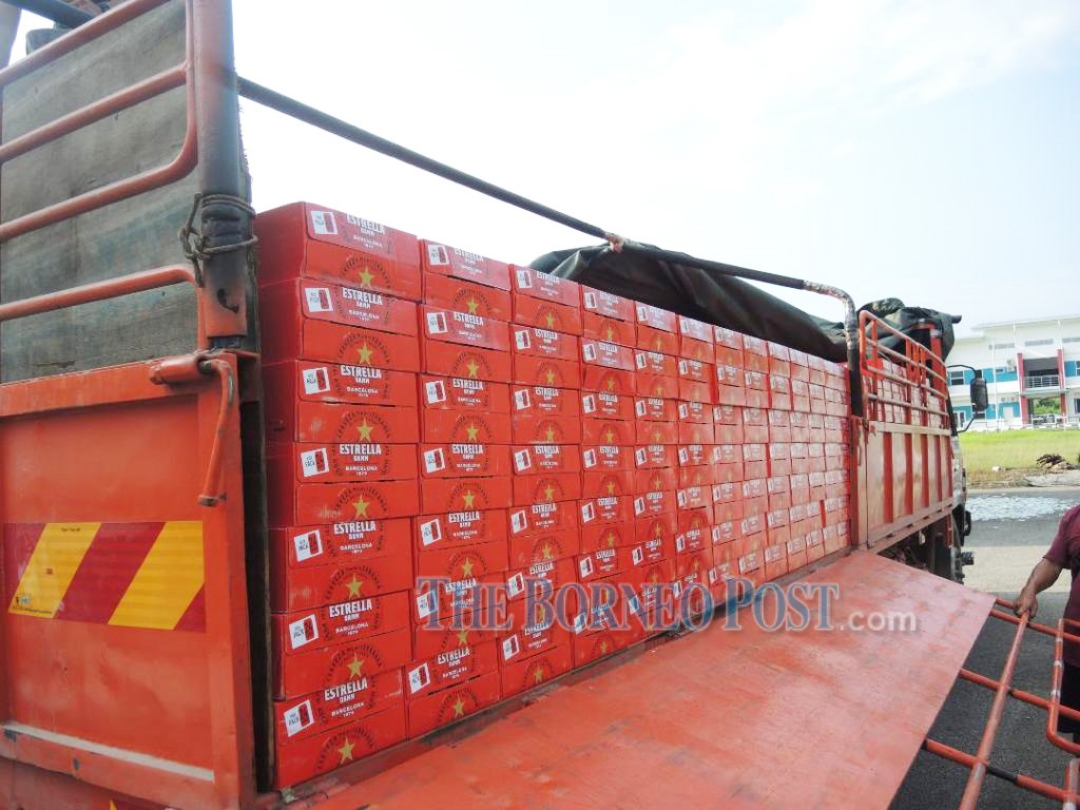 SIBU (April 16): The Customs Department has detained a man in his 50s following seizure of 9,345.60 litres of beer and a lorry during an operation at Jalan Tunku Abdul Rahman here on April 9.

Its state director Herman Shah Abdullah said their enforcement team intercepted a lorry laden with beer about 1.30pm, which was heading in the direction of Kuching.

He said the beer was greatly in demand in Kuching due to limited supply following ongoing operations by enforcement agencies.

“Demand is especially high due to the upcoming Gawai festival,” he said in a statement yesterday.
Herman said the suspect was being detained to assist in the investigation.

Members of the public are urged to channel information on smuggling activities by contacting Customs toll free line at 1-80088-8855 or any nearest Customs office.

The department assured the identity of whistleblowers will be kept confidential.