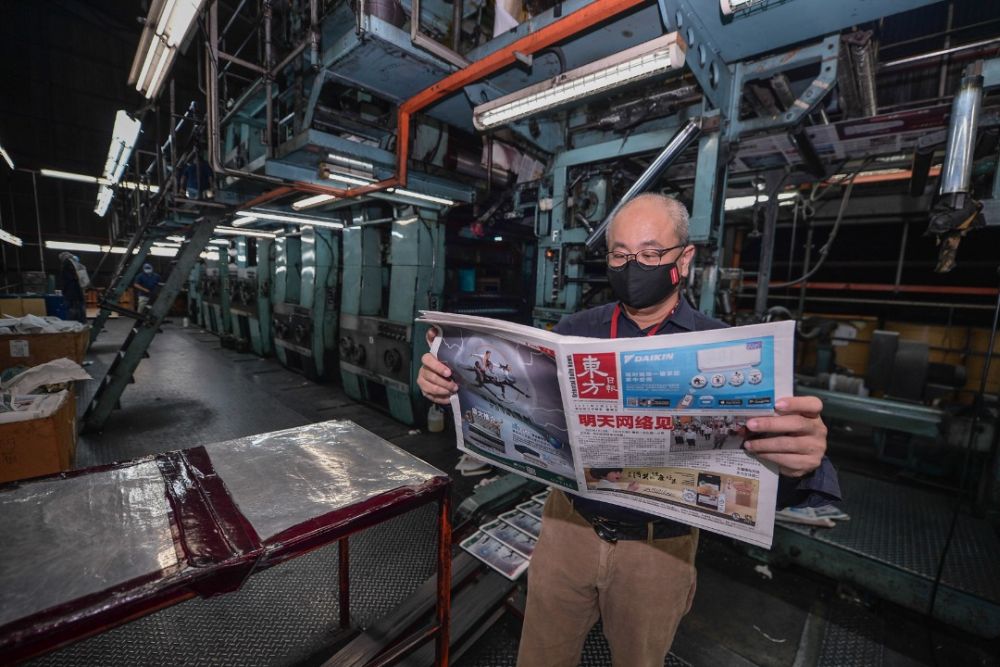 The headline of today’s copy of Oriental Daily News read “See you tomorrow online”, putting an end to the papers 18 years in publication.

In an exclusive interview with the Malay Mail, its editor-in-chief, Ding Lee Leong, said that the decision to cease production of the newspaper and move fully into the digital world was not an easy one, but was one that needed to be made.

“Because of the Covid-19  pandemic, it is a known fact that media houses who were already struggling were worse off — print or online — advertising dropped at least 50 per cent. At the same time, we don’t know how long this pandemic will last.

“So, we’ve come to a stage where we had to make a decision, which way we want to go. We cannot be here nor there,” he said referring to online and print media.

Ding said that the paper has had to retrench 40 per cent of his staff with the move, adding that he was sorry to see some of those who have been with the organisation since its inception.

“Some of these guys have been with Oriental Daily News since 2003, some even before that. It’s a very bad feeling to have to retrench your colleagues, but we have no choice.

“Some of them we’re very sad, all those years fighting for the paper, and here it is coming to an end. But some of those retrenched, they’re taking this as a challenge and to explore different avenues of work,” he said.

Ding conceded that the move into the digital space was one newspapers must eventually take, citing the nature of newspapers and its delay in delivering news as one of the main reasons.

“Print is 24 hours late, you can’t report things in a timely manner. If something big happens, people will have to wait until the next day to read it.

“By the time you get the paper, you’ve already read every story printed in there. There is a conflict of nature there between print and online,” he said.

Ding said the youth of today are not even in the habit of reading newspapers as they process all their news online through social media, adding that even the older generation and elderly have been forced to adopt to digital ways to process news as Covid-19 forces borders to close, hampering the delivery of newspapers throughout the region.

“Before this, the elderly read the newspaper to read the news. Since the lockdown, with borders closed and families separated, these elderly have had to force themselves to learn how to use today’s gadgets in order to see their children and grandchildren.

Ding said that competition for the Chinese-language news outlet has also expanded as readers are no longer just processing news from just one language.

“Language is no longer a barrier. In those days, those who read Chinese papers just read Chinese papers, same with English and Malay papers. But nowadays people who generally read articles in one language also read from other new sites with different languages.

“With things like Google Translate, the accuracy of the translation is close to 80 per cent. So our competition is now not just our traditional competition, but everyone else too,” he said.

He said that Oriental Daily News would continue to deliver its readers with the same quality of news reporting as during its time in print, adding that this virtue is what separates them from conventional online news media.

The paper in April last year announced the end of its weekend edition with its print edition only on weekdays from May 1, 2020, as part of a transformation plan within the company.

Ahead of this move, Oriental Daily News has since its inception managed to amass a respectable following online through its social media platforms in the past few years.

Oriental Daily News’ first edition was printed on January 1, 2003, as a 48-page broadsheet-styled newspaper and started as the sister publication to See Hua Daily News which is available only in Sabah and Sarawak.