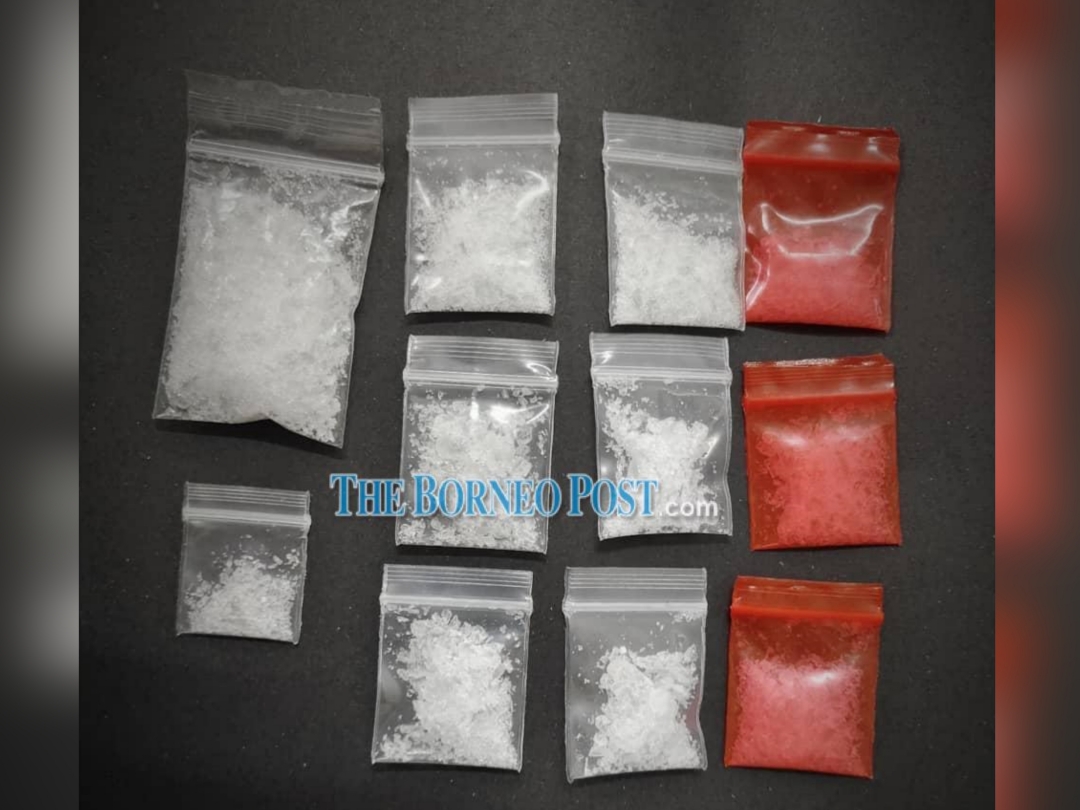 The packet of drugs that were seized from the suspects.

Serian district police chief DSP Aswandy Anis in a statement today said the first suspect, a 35-year-old, was arrested when 11 packet of drugs believed to be methemphetamine were found in his sling bag.

“The drugs weighing at 14.66 grammes is worth around RM1,500 and is believed to be intended to be sold to drug addicts in Serian,” said Aswandy.

He also revealed that the suspect had attempted to flee from the police but failed.

Later that day, the police returned to the same house and arrested a 25-year-old suspect believed to be an accomplice.

The case is currently being investigated under Section 39A(1) and Section 15(1)(a) of the Dangerous Drugs Act 1952.

Meanwhile, Aswandy said the police will continue to carry out similar operations to combat drug related activities in the district.

“This is to stop the drug menace in society especially in the villages in Serian,” he added.

He also called upon the people to be aware of any drug related activities in their community and to inform the police for immediate action.

Previous ArticleIncrease in Covid-19 cases in Sibu due mostly to workplace infections — Dr Annuar
Next Article Dr Adham: 434,301 have completed both Covid-19 doses