Sunday, August 1
You are at:Home»News»Sarawak»Supply, price of fresh chicken under control – KPDNHEP Sarawak 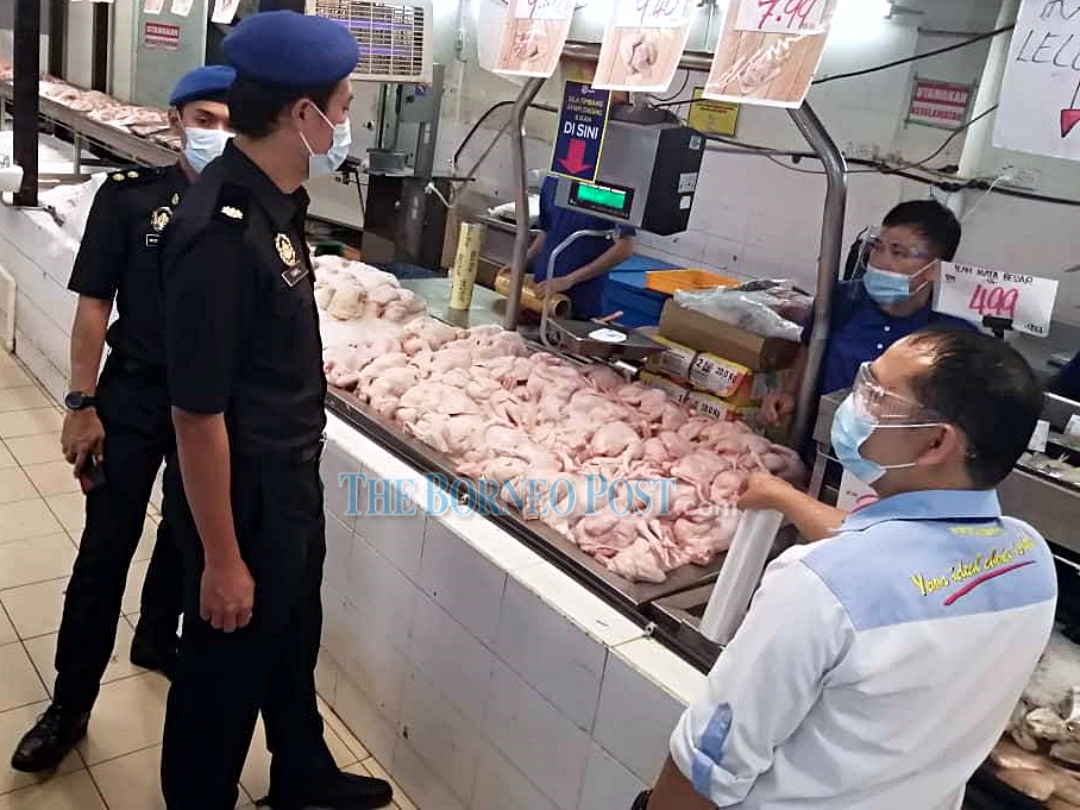 KPDNHEP Sarawak was responding to some public complaints which had gone viral on social media about the increase in chicken prices in the market.

It said it had taken several actions to immediately address the issue, and had deployed a total of 176 enforcement officers from nine branches throughout the state to monitor and inspect various locations such as public markets, farmers’ markets and supermarkets to ensure the supply and prices of essential goods, including chickens, are stable and adequate for the Ramadan month and Hari Raya Aidilfitri.

It further said according to the National Price Council Division (BHBN)of KPDNHEP Sarawak, the selling price of standard clean chicken from January to this month is between RM7.90 and RM8.80 per kg.

“Therefore, the price is at normal levels and does not show any unusual increase,” it pointed out in a statement yesterday.

Aside from that, its enforcement team led by chief enforcement officer Mogan Arumugam the previous day had also conducted inspections at Medan Niaga Satok and several supermarkets around Petra Jaya here, including Pasaraya Mydin, Emart Matang and Everrise Matang, to monitor the situation and current supply and price of chicken in the market.

The inspection found that the supply of chicken was stable, sufficient and easily obtained at a price of around RM7.89 to RM8.80 per kg, it added.

On a related matter, it said the three main farms in Sarawak; namely K&L Farming Sdn Bhd, QL Livestock Farming Sdn Bhd and Central Cold Storage Kuching Sdn Bhd, had an average production of 57,360 birds/day which was sufficient to meet the needs of all the people in Sarawak.

“Our enforcement is also carrying out ‘Ops Pantau’ to ensure consumers have easy access to supplies of food items and daily necessities at affordable prices during Ramadhan and Aidilfitri.

In addition, they are working together with the Ministry of Agriculture and Food Industry to ensure there is adequate supply of daily necessities in the market and at affordable prices, it added.