Saturday, June 19
You are at:Home»News»Hauliers all riled up over congestion at Senari Port Terminal 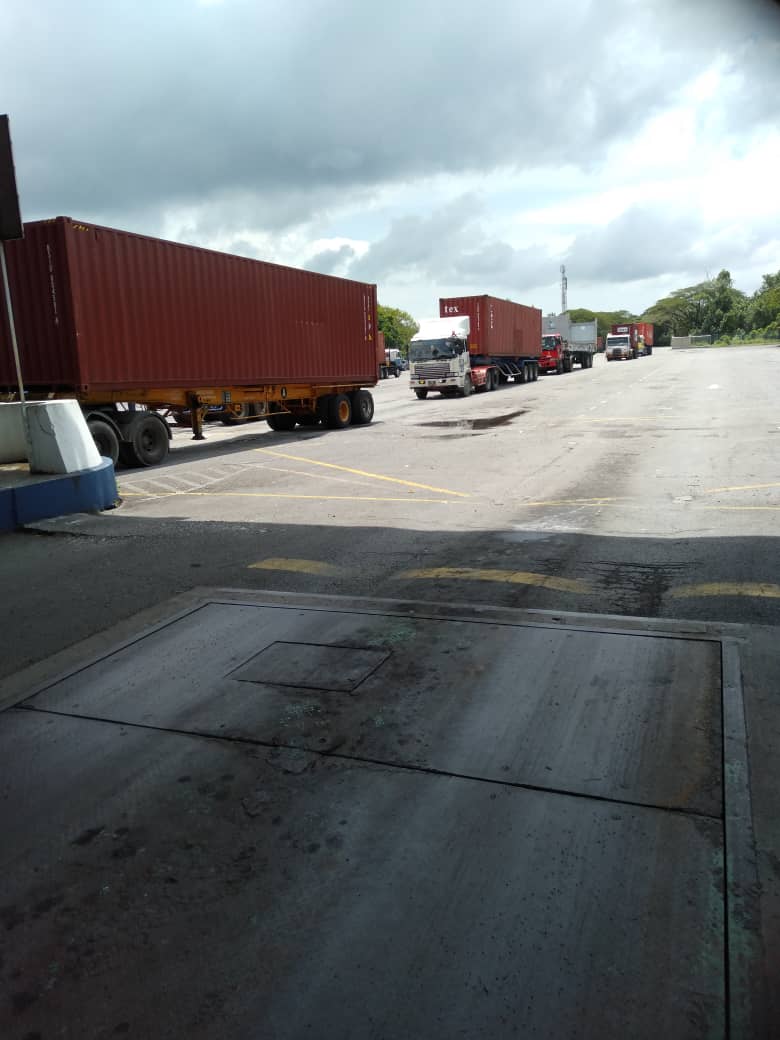 KUCHING (Apr 17): Hauliers are still experiencing long queue and congestion at Senari Port Terminal in Muara Tebas here, despite having received assurance from Kuching Port Authority (KPA) that the port’s computer system has been restored.

Sarawak Forwarding Agencies Association (SFAA) president Joseph Chung said the long queue along the access road towards the terminal went as far out as into the main road.

“This has caused delays in the delivery of goods to our clients and damaged the good reputation of SFAA members and non-members alike,” he said in a phone conversation today.

He said due to the severe congestion leading to escalating operating costs, shipping companies had resorted to charging importers, the ‘Kuching Port Congestion’ surcharge to the tune of RM310 to RM620 each, depending on the size and type of containers.

“Hauliers, due to escalating operating costs, may resort to charging similar congestion surcharge too. This would be decided at a hauliers’ meeting this Monday (April 19),” he added.

Asked about what the port management should do in the present circumstance, Chung said it should beef up its manpower – outsource for workers, if necessary.

“As short-term solution for the Senari port – and also Kuching port for that matter – they should have activated a new team to support their alternative procedures involving the retrieval of containers, if they did not have enough manpower.

“Overnight-parking facility is now open to all hauliers to complement the current 30-trailer capacity. This is a solution given by KPA to mitigate heavy shifting and alleviate retrieval delay and long queue.”

As for the long-term solution, Chung said the terminals should undergo a full revamp as many of their equipment and machinery were outdated.

“A new and modern port facility should be built here to cater for the ever-increasing export-import business, and also to prevent congestion-linked crises.”

Chung also suggested that the ports operations in Sarawak should be under the purview of the Ministry of Transport, ‘for the sake of efficiency’.

Currently, KPA and its ports operation are under the purview of Ministry of Infrastructure and Ports Development.

Adding further, Chung said such ministry should only deal with building infrastructures including port terminals, but in terms of ports operations, they should be under the purview of the Transport Ministry.

When contacted today, KPA general manager Robert Lau said the authority had rolled out a new system at the Senari Port Terminal yesterday morning – by 1pm, all lanes for the hauliers had been cleared.

Asked if the operations were done manually, Lau said only certain procedures were on manual.

On April 13, Lau had said that the Senari Port Terminal’s operations had resumed to normal following the restoration of its computer system, which went offline due to a power outage that struck on March 27.

The incident resulted in delays of delivery of containers.

It is informed that since the outage, KPA has implemented alternative procedures to maintain its delivery service, combining manual and online applications together with its back-up server at Pending Terminal.