Saturday, July 31
You are at:Home»News»RM1-million AFF project meant to benefit 4,282 farmers in Dudong 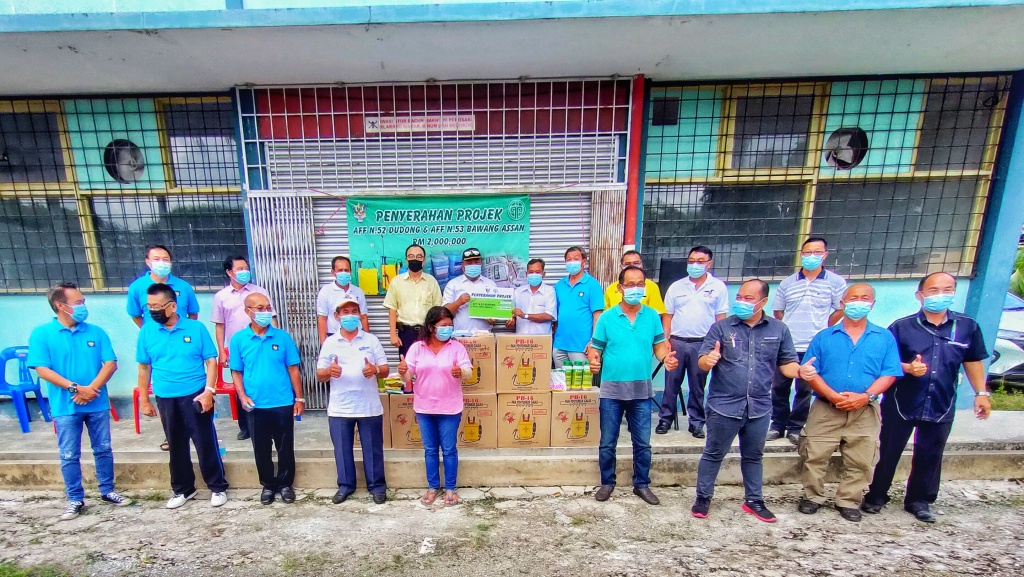 Romeo (back, fifth left) symbolically hands over the AFF to Tuai Rumah Kayak Ngindang of Ulu Salim in Sibu, witnessed by Lau, Wong, Teo (back – second left, fourth left and seventh left, respectively) and others.

In giving the breakdown of the AFF, he said the bulk of it would go to Agriculture Development Programme (ADP) farm unit in the form of 157.5 units of Knapsack sprayers worth RM787,919; RM20,000 for vegetables open system; RM15,000 for fruits rehabilitation; and RM177,081 for repair works on three farm roads.

“The agriculture facilitation programme is meant to channel assistance in the forms of subsidies to farmers, as well as incentives and grants to agropreneurs, private companies, non-profit organisations, institutions and farmers organisations involved in the development of the agriculture sector in Sarawak,” Romeo told reporters after presenting the AFF to the participants from Dudong state constituency yesterday.

Adding on, he said a mechanism had been put in place to ensure that the AFF would directly benefit the target group.

“All applications (for the AFF) would be vetted as we want to ensure that only those who genuinely require the assistance would benefit from it,” he stressed.

He said state government, under the leadership of Chief Minister Datuk Patinggi Abang Johari Tun Openg, had always been ‘people-centric’.

“The state government is sensitive to the needs of the people, particularly the rural folk who rely on farming for their livelihood.

“AFF is to better assist the farmers in the rural areas in improving their produce,” he added,