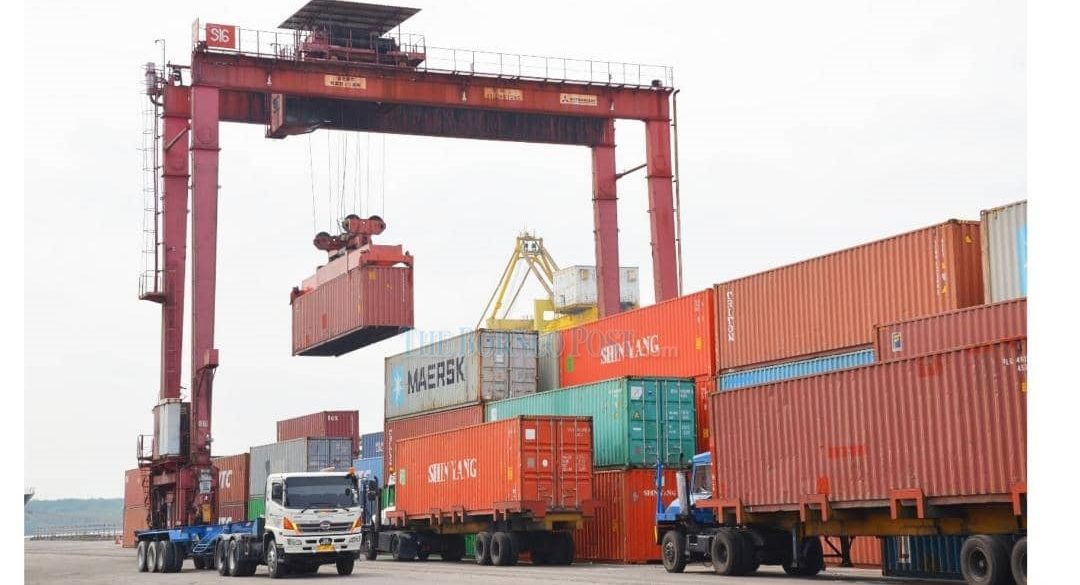 The Senari port operations suffered a computer system outage due to water damage.

KUCHING (April 17): Businesses are calling on shipping and port authorities not to apply surcharge as a result of the congestion at the Senari Port due to the recent computer system damage.

Parti Sarawak Bersatu (PSB) Kota Sentosa branch in a statement today said the congestion was not caused by the businesses themselves, and the surcharge may end up affecting their financial performance.

Because of that, PSB Kota Sentosa branch said, the consignees of incoming goods through the Senari Port “need urgent help”.

“Yesterday (Friday), many companies that have been affected by the recent increase of Port Emergency Congestion surcharge are worried that it will affect their financial performance,” it said.

It said the branch leader Datuk Lau Pang Heng had received 12 phone calls from businessmen who had expressed their concerns on this issue.

“The goods imported were prior to customers’ orders where prices and delivery time have been fixed. In view of this, businessmen are very concerned, despite the pandemic difficult time, they may lose money with the additional surcharge and delay in delivery penalty by their customers,” pointed out the statement.

PSB Kota Sentosa branch said many importers had been complaining about the mass delay in clearing their cargoes from the port authorities in the last three weeks due to the computer system issue at the Senari Port.

It added that clearance of cargoes in the past weeks were manually processed which had caused many difficulties to the businessmen.

On Apr 9, Stampin MP Chong Chieng Jen highlighted the Senari Port’s computer system malfunction by pointing out that this had resulted in the rate of retrievals of containers from the Port reducing by more than 50 per cent as the process of container receiving and delivery had to be done manually.

The Deputy Chief Minister had assured that the repair would be done within the next couple of days.

On Apr 13, Kuching Port Authority general manager Robert Lau in a statement said the situation at Senari Port had returned to normal after the restoration of its computer system following an outage, causing incidences of delay in its container delivery.

“By today (Apr 13), the volume of delivery and receiving has returned to the normal volume before the accident,” he said.

Previous Article438,220 people completed both doses of Covid-19 vaccine in Malaysia
Next Article No physical meetings, inter-district travel while on duty for civil servants in Sarawak