Saturday, June 19
You are at:Home»News»Chong: GPS should improve internet connectivity in sub-urban areas 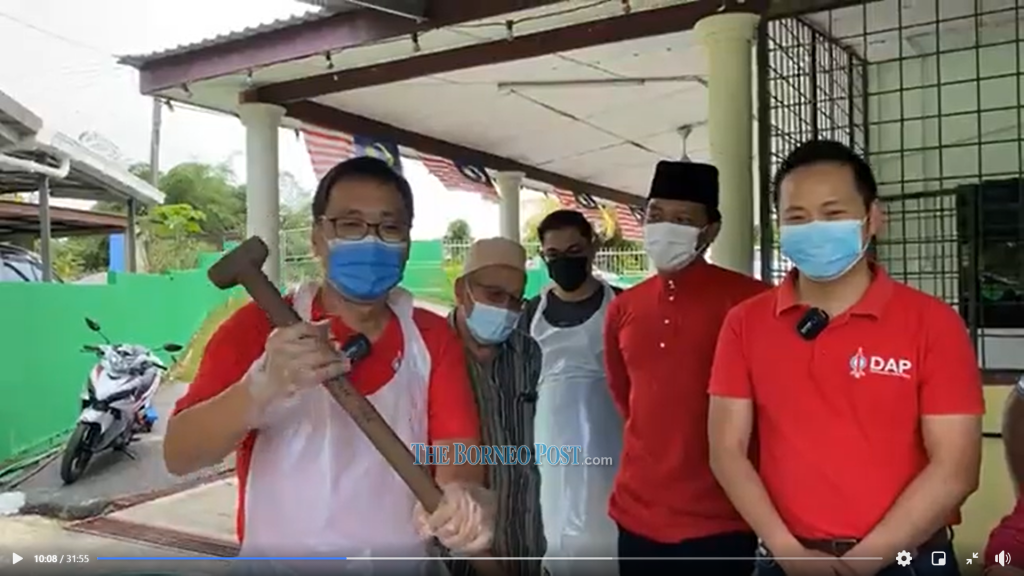 Chong (left) assisting in the preparation of the ‘bubur lambuk’ while Kong (right) and Abdul Aziz (behind Kong) look on.

“Previously, internet service was expensive but during the Pakatan Harapan (PH) federal administration, we have improved the internet speed and pricing.

“However, I believe it is still not enough as internet connectivity should be regarded as an essential service,” said Chong during his Facebook live today.

Chong also remarked poor internet connectivity, particularly during a Covid-19 pandemic, had caused headache among school-going students and parents because children would struggle with home-based learning with unstable connectivity.

Michael Kong, a special assistant to Chong, concurred that internet connectivity was not a major problem for those living in urban areas, due to the availability of broadband and cellular network services, but such experience was not replicated in the sub-urban areas.

“During this pandemic, we could only imagine the difficulties that people had to endure and the challenges for children to cope with online learning with poor internet connection,” said Kong when distributing ‘bubur lambuk’ to villagers of Kampung Batu Perak, Jalan Stakan here that was broadcast live on Facebook.

As the opposition political party, Kong said they would attempt to pressure the state government to address the issue of poor internet connectivity via the Malaysia Communications and Multimedia Commission (MCMC) and the state leading telecommunication infrastructure provider, Sacofa.