Tuesday, May 18
You are at:Home»News»Sabah»Clear policy on palm oil licensing jurisdiction needed 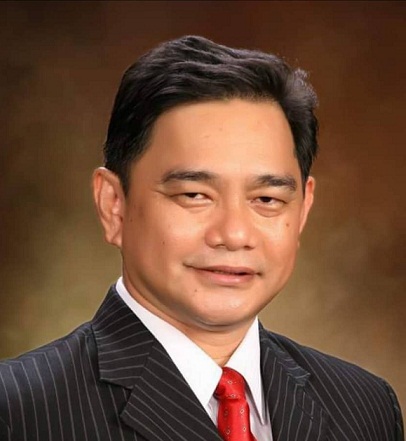 Sugut State Assemblyman Datuk James Ratib said this is important in order to realise the aspirations of the Halatuju Sabah Maju Jaya (SMJ) 1.0: 2021-2025 plan which has set the agriculture sector as one of the three priority sectors and as the focus for economic growth.

“Therefore, the State Ministry of Agriculture and Fisheries and all departments and agencies under it play an important role in realising the aspirations of the SMJ plan.

“To realise this aspiration, GRS needs to formulate a clear policy, especially the jurisdiction for the issuance of license to sell oil palm products, for the oil palm plantation operators and smallholders in Sabah.

“In order to accelerate Sabah so that the State truly becomes an agricultural powerhouse, the Sabah Palm Oil Board needs to be created immediately,” said James, who is also the State’s Assistant Minister of Agriculture and Fisheries 1, in a statement on Sunday.

James said he was attracted to a posting shared on the social media saying that currently the Malaysian Palm Oil Board (MPOB) is the one issuing a license for the oil palm producers (oil palm plantations and smallholders-PKS (pekebun kecil sawit) to sell their fruits in Sabah.

The posting stated that most PKS in Sabah are either farmers who legally own land (land title holders), owners of land still under Land Application (PT) status (which do not yet exist or yet to be certified by the Collector of Land Revenue-PPHT), or some who plant illegally without land title and PT for the land.
In the robustness of oil palm cultivation and supported by the incentives like the new planting or replanting assistance scheme introduced by MPOB, many farmers are opening up lands even though they still do not have the title for the land or only with a new PT, while there are also those planting illegally in any vacant land.

When the oil palm plantation has already matured, the PKS want to sell their fruit, and MPOB has no choice but to issue a selling license to them even if the land is still in under PT status or the PT whose validity is doubtful.

The land ownership issue is also significant when the palm oil sector began to make it mandatory to have a certification, namely the RSPO. At the same time, the national certification version namely MSPO was also introduced. In any case, one of the mandatory requirements in the licensing is that the ownership of the land must be legal.

So there are many PKS that cannot be given land title or get their PT certified due to various issues such as overlapping land applications. This is because of the approval given the MPOB to those with PT applications before.

When MPOB established the committee for approving the assistance scheme which was attended by the Sabah State Economic Development Unit (UPEN), Department of Agriculture, they managed to get the subsequent applications in order. No approval made without the consent of the State Government.

The question is, what about the previous PKS who holds a PT? MPOB asked the State Government to resolve it even though it was seen that this negligence was done by MPOB at first. Ideally all licensing matters relating to land and cultivation should be under the control of the State Government.

The State Government has, however, strived to help these smallholders obtain land titles by introducing various initiatives, namely the issuance of land titles under the Communal Title and the Pantas Programme. This will help smallholders to obtain MSPO certification by MPOB through the “Smallholder Palm Oil Cluster (SPOC)” approach.