Thursday, February 2
You are at:Home»News»Fisherman lands whopping 161kg grouper
For the freshest news, join The Borneo Post's Telegram Channel and The Borneo Post on Newswav. 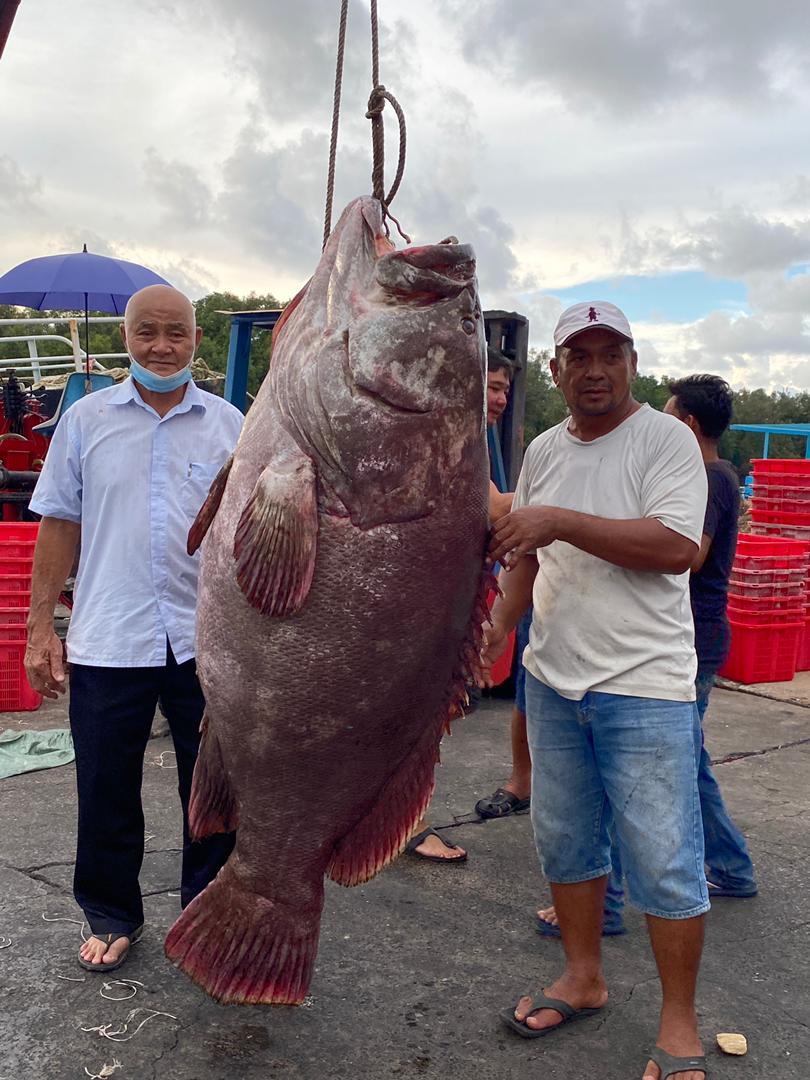 Rahman (right) and the owner of the fishing vessel pose for a picture with the giant grouper.

MIRI (Apr 18): A fisherman landed a huge catch weighing a whopping 161kg during a fishing trip to waters off Kuala Baram last Thursday.

The giant grouper was caught in his trawling net and was hauled up to the boat with help from friends on board the fishing vessel.

According to the lucky fisherman, who only wished to be known as Rahman, this was the first time he had caught such a monstrous-size fish.

“This is unforgettable. Since I started fishing in1982, this is the first time I caught a fish weighing more that 150kg,” he said.

Not long after unloading his catch, Rahman was immediately approached by a restaurant owner who wanted to buy the huge catch, said to be about RM12,000.

After some haggling, the giant grouper was sold for a price that was not revealed, but was agreed by both men.

Giant giant grouper (Epinephelus lanceolatus), also known as the Queensland grouper, brindle grouper or mottled-brown sea bass, is a species of marine ray-finned fish. It is a grouper from the subfamily Epinephelinae which is part of the family Serranidae, that also includes the anthias and sea basses.

Previous ArticleDream, reality, and something in between
Next Article Stories from a Long Lama boy