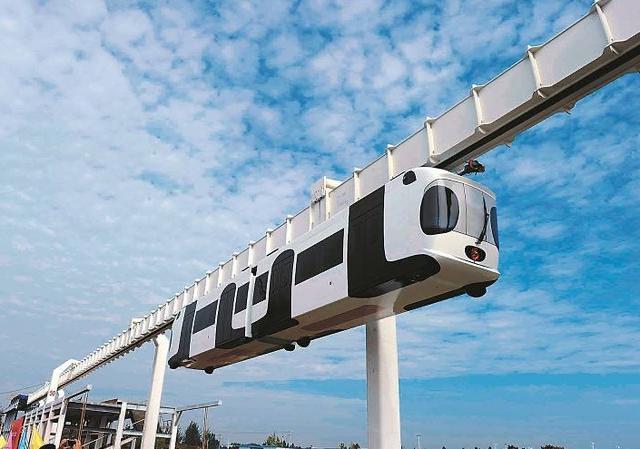 KOTA KINABALU: Luyang assemblyman Ginger Phoong raised several of his underlying concerns over the Sky Train project which will ease traffic congestion in the state capital.

Phoong in a statement on Sunday said he is also concerned about transparency and accountability of the project.

He pointed out that Deputy Chief Minister Datuk Seri Bung Moktar Radin had stated that there are currently three companies keen to develop the Sky Train project through the private finance initiative (PFI).

The consortium of three companies are Guancai (M) Sdn Bhd, China State Construction Engineering (M) Sdn Bhd and Vizione Development Sdn Bhd, he said, adding that Bung who is also the Minister of Works, has requested for a more detailed proposal from the three companies for related authorities to study further.

“I would like to raise multiple underlying concerns towards the project and I urge the government to reply to uphold transparency. Firstly, the government should further elaborate on the Sky Train project.

“Does it mean a suspended, driverless passenger suspension railway system which is relatively cheaper in construction cost comparing to traditional rail systems? If yes, how many countries have been utilizing this system?

“In a few cities of China including Shanghai itself are still in the trial period, is there any successful cases to prove the project’s effectiveness? The SkyTrain (H-bahn) has only been operating in smaller towns as well as varsity campuses and airport transits in Germany. How it would be effective for a city with approximately a million population like Kota Kinabalu?” asked Phoong.

He pointed out that according to related reports, the Sky Train’s capacity is relatively lower comparing to light rail transits.

The Deputy Chief Minister must explain how would this resolve the capital’s traffic congestion, stressed Phoong.

He also said that the Sky Train has been proven to be moving approximately between 50 to 60 kilometres per hour (km/h) according to articles and this is relatively slow.

“For example, from KKIA to 1Borneo Shopping Centre would take up to an hour or more. The biggest concern is how would this achieve the purpose of encouraging the public to take public transport and how would it would effectively reduce the traffic during the peak hours?

“I am also concerned about transparency and accountability. Datuk Seri Bung Moktar must uphold transparency by revealing the track record of these companies who are keen on investing, including their past achievements especially in building rail systems,” he said.

Phoong also asked what would the state government exchange in return for the private-funded development and this must be explained to the public as it involves public interest.

Why has the government been so firm on the decision with the Sky Train project and not considering other options such as ART and LRT systems, he stressed.

In fact, Phoong pointed out, there are many viable options out there and he is of the opinion that the government must open for proposals and suggestions in selecting which is the best system that works for Kota Kinabalu city.

The state government must be open to options to ensure that the development would resolve the traffic congestion issue once and for all, he said.

“Therefore to resolve all these underlying concerns, I would like to urge the state government to restore the state assembly sitting to uphold the check and balance spirit. Before implementing the project, the state assembly must debate on this so that the capital city would benefit from the best option,” he said.

Previous ArticleBrothers sought over murder of security guard
Next Article Saifuddin: Govt defends media freedom but do not abuse it