Tuesday, May 18
You are at:Home»Columns»The ‘Spirit of Bandung’ revisited 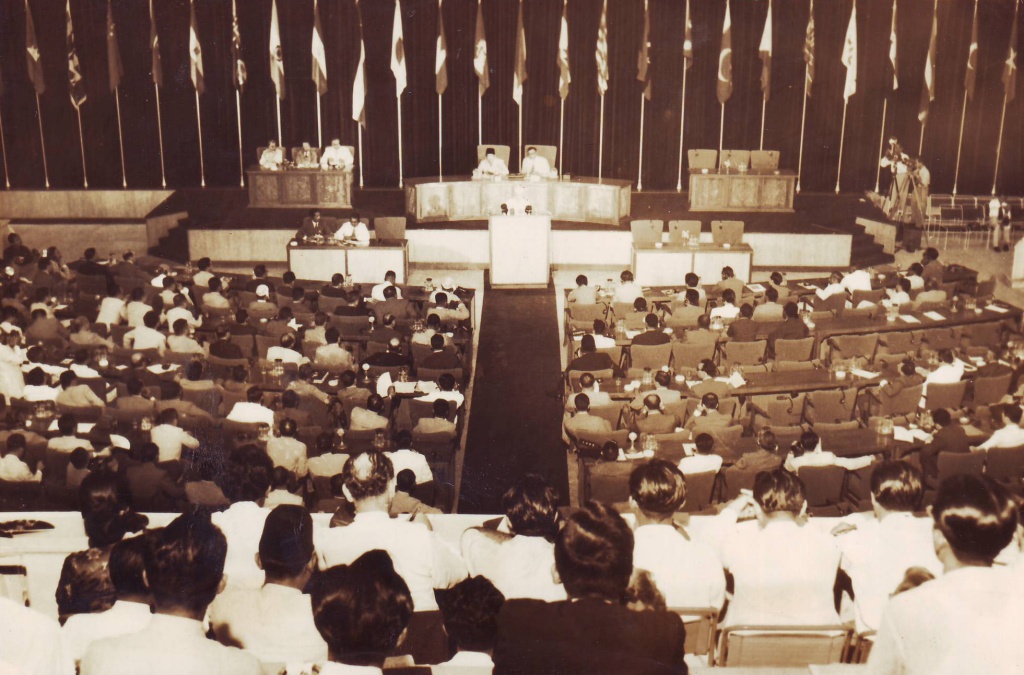 TODAY is the 66th anniversary of the Asian-African Conference, or the Afro–Asian Conference.

Taking place in Bandung, West Java in Indonesia from April 18 to 24 of 1955, this gathering gave birth to the Non-Aligned Movement (NAM), into which was breathed the ‘Spirit of Bandung’ – a peaceful co-existence and neutrality.

According to Dr H Roeslan Abdulgani, the secretary-general of the conference, the ‘alternative to co-existence is co-destruction’ – as referred to in his book, ‘Bandung Spirit’, published by Prapantja 1964.

Representatives from 29 Asian and African countries had congregated in Indonesia as early as a few days ahead of the conference, set to discuss a range of issues of the day.

These representatives were leaders, prominent among them were President Sukarno of Indonesia, Prime Minister Jawaharlal Nehru of India, and Prime Minister/President Kwame Nkrumah of Ghana – just to name a few – who had acquired political power in their respective countries.

Some countries present had been granted political independence by their colonial masters without a fight; in others, many people had to die for that freedom.

They regarded themselves as belonging to the ‘Third World’ – the most economically-backward and under-developed parts of the globe. Many of these countries were potentially rich in natural resources and these, the delegates were told, should be exploited for the benefit of their own people, not for the benefit of the colonial rulers anymore.

They needed to map out their own destiny, playing an appropriate role in the community of nations by becoming members of the United Nations (UN), taking appropriate stance on world affairs, and handling the danger of hegemony by the super powers (then, it was Russia and Europe) with a united front.

Since then, many countries in Asia and Africa have undergone varying levels of economic development and technological advancements, depending on how capable their leaders have been in terms of managing the resources and manpower.

Some countries are doing well despite the lack of natural resources, while others have resources wasted or even mismanaged.

The old freedom fighters have all gone and in their places are installed new and younger leaders with their own agenda, visions and ambitions. Some of these leaders take the past glories of their ancient lands as the yardstick with which to measure the success of their own regimes, or as a roadmap to future greatness – making past defeats and humiliation as part of a policy platform for revenge on their past conquerors and an excuse on hegemony over their neighbours.

So far, I have not read about any of the original sponsoring countries commemorating the anniversary of the Asian-African Conference, or referring to the ‘Bandung Spirit’.

Are the ideas and ideals of their leaders interred with their bones?

I hear people talking about changes in many aspects of life.

Yes, times have indeed changed – politicians have come and gone, but the world has not changed in terms of control by man over another.

The quest for supremacy, the thrill of conquest, or hegemony is part of human nature. Over these past four decades, new superpowers have emerged and as they grow stronger, they are getting more and more assertive.

Lately, USA and its allies are worried about China’s influence in world affairs. I’m referring to the emergence of QUAD (Australia, Japan, USA, and India). These four countries were bitter enemies not so long ago, but they are coalescing for a purpose now. The manifest aim is to create a force to combat the coronavirus and the latent function is not so subtle either – to contain China in terms of providing a counter-balance to its assertiveness in the Indo-Pacific region.

Some political analysts call this alliance the ‘Asian NATO’; in some Facebook accounts, they are dubbed as the ‘Gang of Four’.

Is the ‘Spirit of Bandung’ still relevant, even though the body may be dead?

Since its inception, NAM has been led by India.

At first glance, in terms of neutrality as advocated in Bandung, the leading promoter of the concept of peaceful co-existence and neutrality, India is seen as easing out of NAM.

On a second look, however, I begin to see the rationale of it all – why India has allied itself with Japan, Australia and USA.

It’s a fact that every one of them has some problems with China. India, for instance, has been facing claims from China regarding certain parts of its northern border, e.g. in Ladakh.

What used to be its border with Tibet has now become the border with China, since Tibet has been claimed by China as a part of the people-republic’s territory.

And the old trouble with Pakistan over Kashmir and Jammu has refused to go away.

A potential conflict cannot be ruled out over the passage in the Bay of Bengal, especially when the Chinese start using the port at Kyaukpyu in Myanmar’s Rakhine State for the transportation of oil and gas from the Middle East to and from China.

Incidentally, this new trade route could also eventually divert some traffic that has been going through the Straits of Malacca all this while.

Now I appreciate India’s position vis-a-vis NAM and its affiliation with the QUAD alliance.

The USA, regarded as ‘The Sheriff’ with new deputies in tow, has assumed the mandate of ensuring observation of the standard operating procedure (SOP) – free and unimpeded passage through the South China Sea and the air space above it.

The littoral countries in this region have been assured of their security by the formation of the QUAD, but what they would really prefer to see is total absence of conflict of any kind in their areas.

Looking for a leader

Is there any other Asian country that can lead NAM, or revive what’s left of the ‘Bandung Spirit’, now that India is in the big league?

I say hold the conference and choose one country that commands the respect of the big powers.

The desire of those smaller countries to be neutral in their foreign relations is more imperative than ever before. They are feeling insecure with all that’s been happening in and around them today. Those of us who are being confined at home by the coronavirus know how it feels to watch a fist fight between the big boys at your doorstep – or seeing two or more elephants fighting on your front lawn. The grass…!
Indonesia, one of the original sponsors of Asian-African Conference, could call for another conference and revive the ‘Bandung Spirit’ – or salvage what’s left of it.

Malaysia should get involved in organising the conference, and I suggest it be held in Kuching where all the necessary facilities are available.

Representatives of the big powers should be invited to the conference so that they would know why the small countries need peace in order to survive and develop.

The conference should review what has happened to the ‘Spirit of Bandung of 1955’; what mistakes were made by some leaders in the past; towards resolving them, and not repeating them in future; and charting the roadmap for all those countries that want to live in a zone of peace, freedom and neutrality.

To the potential delegates, see you in Kuching!