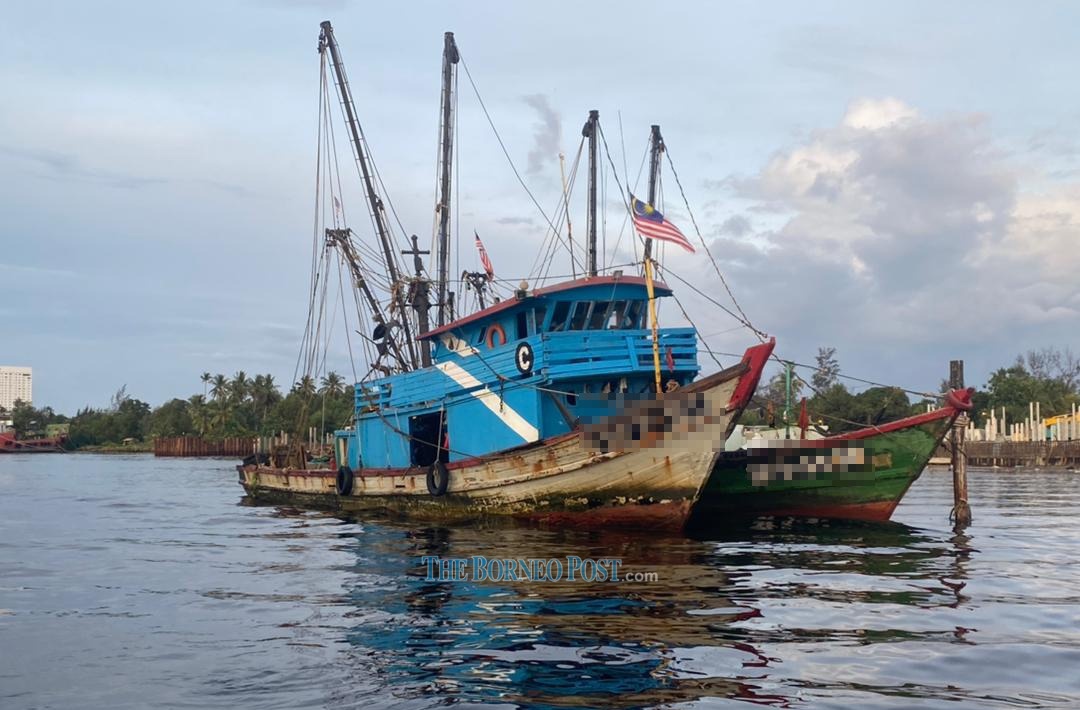 The two local fishing boats detained for encroaching into a restricted fishing zone.

MIRI (Apr 18): Two local fishing boats with nine crew members were detained on Saturday for encroaching into a restricted fishing zone not listed in their licences.

“Further inspection found that both Class C boats had violated the conditions stated in their licences, namely fishing less than 12 nautical miles (from shore),” said Md Fauzi in a statement today.

The boats were operated by nine Indonesian men aged between 25 and 55 years including skippers, who possessed valid passports and work permits.

All crew members were detained and escorted into the MMEA Miri Zone Vessel Detention Centre Jetty for further investigation while the boats as well as 900 kilogrammes of fish were confiscated.

“The case will be investigated under the Fisheries Act 1985 for violating the legal conditions of their licences,” he said.

According to Md Fauzi, MMEA is urging the maritime community to always abide by the laws and welcome any complaints about any offensive activities at sea.