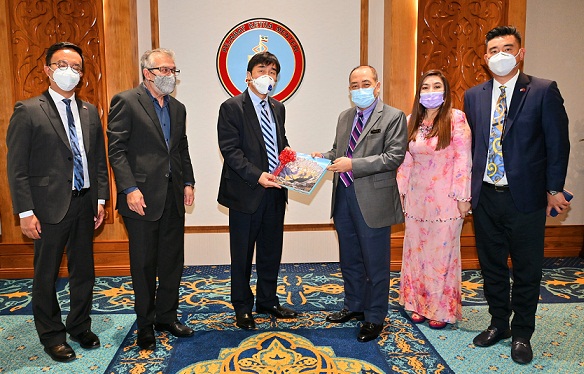 Hajiji (right) presenting Feng with a token of appreciation after the courtesy call.

KOTA KINABALU: Chief Minister Datuk Seri Panglima Hajiji Noor on Monday met with several investors, including one from China that is interested in the Tanjung Aru Eco Development (TAED).

The other group that paid a courtesy call on Hajiji was T7 Global, a public listed company which is interested to invest in the Sabah Oil and Gas Industrial Park (SOGIP) in Siptang.

In March this year Hajiji who is also Finance Minister, wanted to see SOGIP developed so that it can reach its full potential as the main petroleum and petrochemical gas downstreaming activity hub in South East Asia.