Thursday, August 5
You are at:Home»News»Nation»Health minister: Two-fold increase in Covid-19 education clusters as of April 17 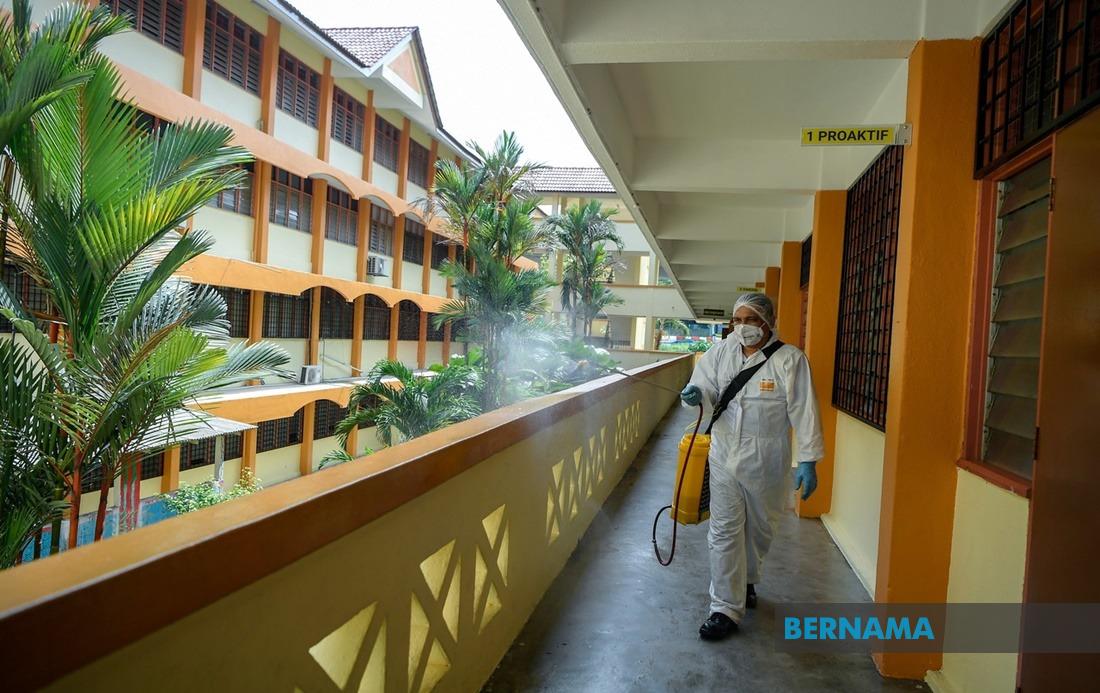 Bernama file photo showing a worker carrying out sanitisation work at a school.

He said that 1,515 cumulative clusters were reported as of April 17, out of which 347 are active.

The press conference was held on day one of the second phase of the National Covid-19 Immunisation Programme (NIP).

Dr Adham announced that up till April 17, a total of 76 localities have been placed under the enhanced movement control order (EMCO), of which 37 areas are in Sabah, 22 in Sarawak, eight in Pahang, four in Kelantan, two areas each in Terengganu and Perak, and one in Melaka.

He said he made the decision after studying reports that many Covid-19 cases have emerged in schools.

He said schools in the orange, yellow and green zones will remain open but must strictly comply with the standard operating procedures (SOPs) set by the state Health Department and the Sarawak Disaster Management Committee (SDMC).

The Penang Health Department, meanwhile, said that it will conduct risk assessment on schools with reported Covid-19 cases before deciding on whether to close these temporarily.

State health director Datuk Dr Asmayani Khalib said the department would be notified when any schools in the state have reported Covid-19 cases.

Last week, several isolated cases were reported in a couple of schools in Penang but this was not confirmed by the state Health Department. — Malay Mail