Tuesday, December 7
You are at:Home»News»Sabah»Ministry: Wrong to remove artworks 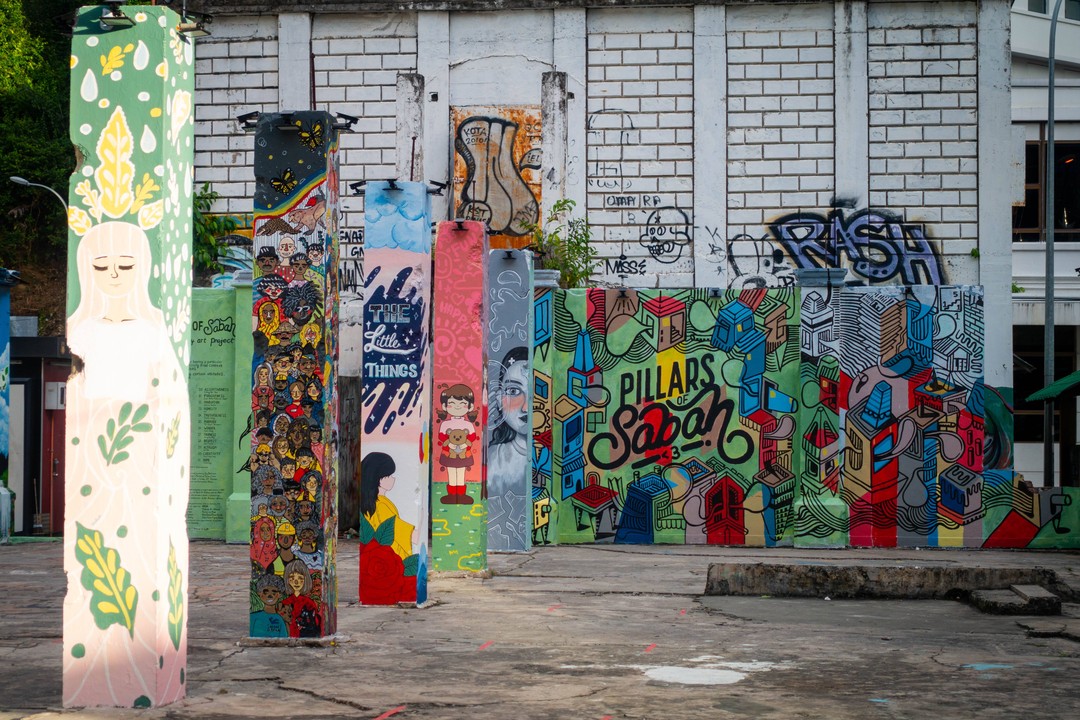 The Pillars of Sabah before the artworks were wiped off with white paint.

KOTA KINABALU: The Tourism, Culture and Environment Ministry said that it is wrong to wipe off the artworks at the Pillars of Sabah without first informing the artists that were involved in the project.

“When a wrong decision is made, it is better to admit one’s mistake, irrespective of whose fault it is. The head of the organization must be responsible. Apologies are in order,” the ministry’s permanent secretary, Dr Jamili Nais said in his Facebook account on Monday

The 31 artists who were involved in the ‘Pillars of Sabah’ project are upset and hurt that their efforts and contribution to the arts is considered worthless by the Sabah Art Gallery.

This is following the decision to paint all the pillars white and replaced with the wordings “coming soon” and “wow project”.

The contact person of the Pillars of Sabah project, Jared Abdul Rahman, who is also one of the organisers of the POS project, when contacted by the Borneo Post on Monday, said that the Sabah Art Gallery has overlooked that although they own the site where the artworks were presented, the gallery does not own the artwork. 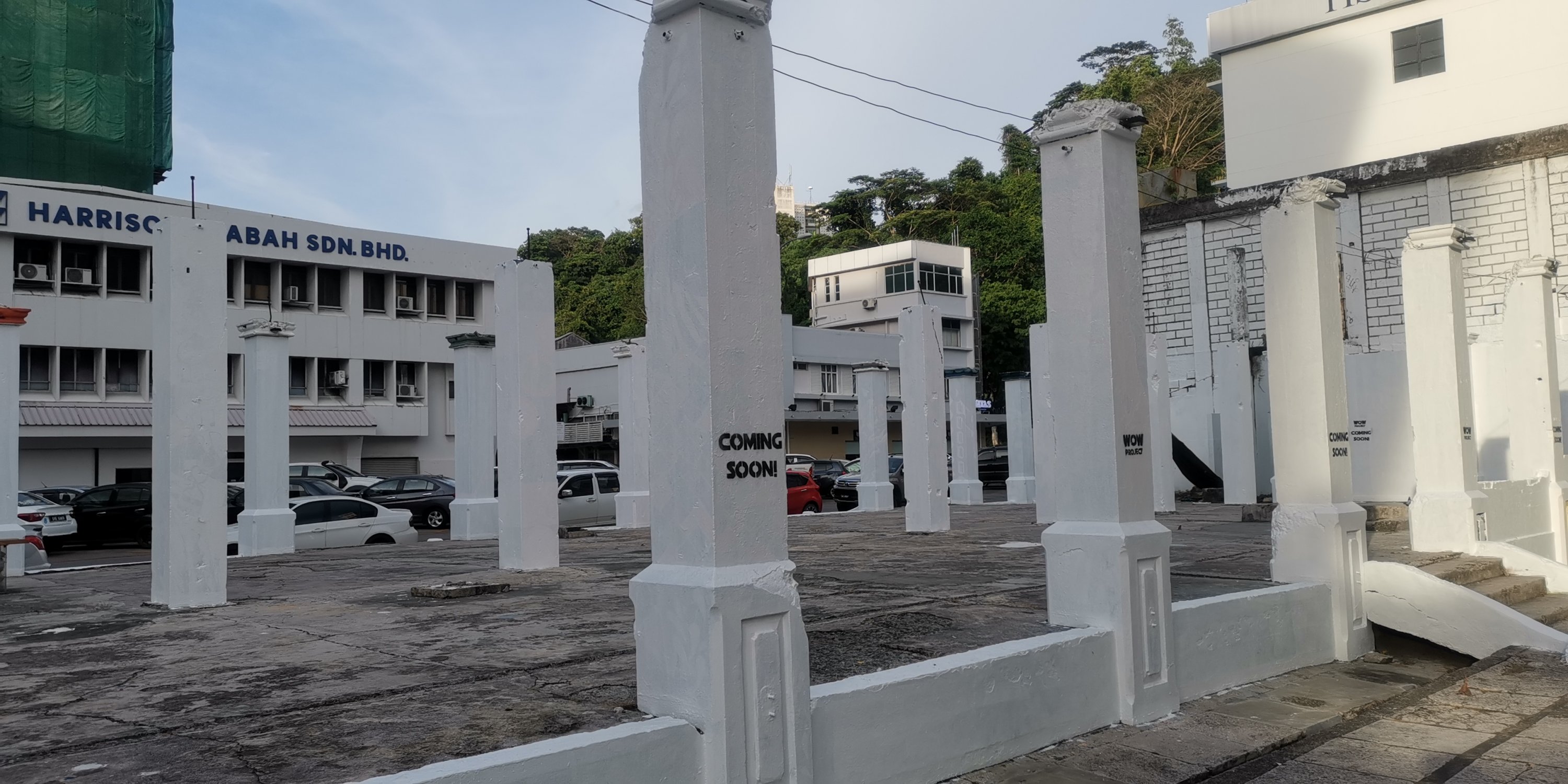 The Pillars of Sabah painted in white.

“They might own the site, but the artworks on the pillars is the intellectual property of the artists. So, to say that the owner of the artwork doesn’t need to be inform is to say there is no respect for artists and their property. And this is coming from Sabah Art Gallery – the institution that artists have look up to,” he said.

He added that the last installment of the Pillars of Sabah project involved 31 artists.

“Normally, there are 30 artists, but we added one more on the spirit of inclusion,” he said.

Jared also shared the sentiments of the artists involved in the project.
“They are upset, hurt. They feel as though their efforts and contribution to the arts is considered worthless by Sabah Art Gallery.

“We all acknowledge that it is within Sabah Art Gallery’s right to do as they please with the site – which apparently also means that they can destroy the artists’ intellectual property. We simply assume it would have been approached with a bit of courtesy,” he said.

Warisan Kota Kinabalu Branch Chief Samuel Wong said the sudden disappearance of artworks is saddening and lamented that the state government should be more supportive of Sabah’s local talents.

“Pillars of Sabah is a community project that makes use of colonial building ruins located in the heart of Kota Kinabalu, bringing local artists together to project their talents.

“So the Government should appreciate the contributions of these local talents. Not only Sabah’s heritage can be projected to tourists, we also get to nurture home-grown talents,” he said in a statement on Monday.

Samuel added it is waste that after so many years, this initiative has come to an abrupt stop.

“In fact for so many years, this community initiative was supported by the State Government. Be it Barisan Nasional or Warisan. But why all of a sudden to erase all these artworks without informing the artists.

“If there is a future planning for this site, the state government should have had the courtesy to inform the artists who have worked tirelessly on the paintings. Do not let their effort go in vain.”

Elaborating further, Samuel said that GRS seemed to have a bad track record in preserving and promoting art and culture.

“I remember not too long ago, the City Town Hall announced its decision to demolish the old State Library.

“There were public suggestions to turn it into an art gallery promoting Sabah’s heritage. But the suggestion was not entertained. The old State Library is now being demolished.”

Towards the end, Samuel said it is time for the Sabah Goverment to relook into its directions and policies.

“Sabah relies a lot on tourism money. Although the pandemic is affecting the tourism sector, this does not mean we should dismantle our heritage.

“The government should relook into its policies and directions regarding art and heritage.”