Saturday, June 19
You are at:Home»News»Sabah»Over 1,000 teachers, 182 senior citizens in Labuan get first dose 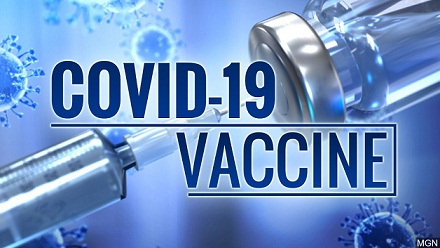 LABUAN: More than 1,000 school teachers, alongside 182 senior citizens here are due to the get their first dose of vaccine under phase two of the National Covid-19 Immunisation Programme which kicked off nationwide on April 19.

The vaccination exercise is being held at the two main vaccination centres here, namely the Membedai Health Clinic and Labuan Corporation’s Multipurpose Hall from 8 am to 4 pm.

Labuan Health Department director Dr Ismuni Bohari said 10 channels, five for men and five for women, have been opened at the multipurpose hall to receive the first group, made up of senior citizens aged 60 and above, vulnerable people with morbidity problems as well as persons with disabilities (PwD).

“We have made an early plan for this phase two of the immunisation programme to avoid unnecessary waiting and backlogs.

“The senior citizens, especially with morbidity problems, will come first and will not be allowed to mix with recipients below the age of 60,” he told Bernama at the multipurpose hall vaccination centre.

Dr Ismuni disclosed that the multipurpose hall vaccination centre has the capacity to inoculate 680 individuals per day.

He also said at least 70 elderly patients undergoing dialysis and treatment for other illnesses at the Labuan Nucleus Hospital would receive their vaccine jabs at their hospital beds.

Dr Ismuni advised those who have yet to receive appointments for the vaccination via MySejahtera to refresh the profile on the app.

“Those who have registered for the vaccination will certainly receive their appointments, our officers are working round-the-clock on the list of recipients,” he said.

Labuan is among the first states to undertake the vaccination exercise under the National Covid-19 Immunisation Programme. It started on Feb 27, a day after the arrival of the first batch of the Pfizer-BioNTech vaccine from Kota Kinabalu via the Labuan Ferry Terminal. – Bernama