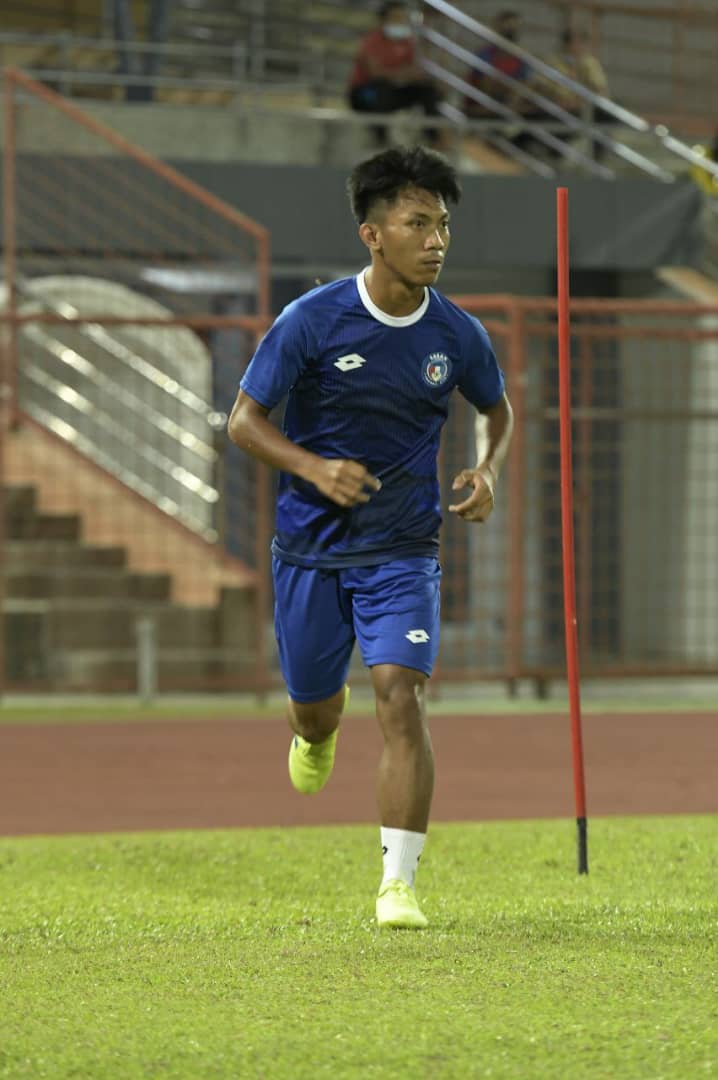 KOTA KINABALU: Sabah FC may have achieved much more than just scoring their biggest win of the Super League campaign here last Saturday.

The President Cupper came on for Mohd Syukri Baharun for his senior team debut in the 75th minute and he did not disappointed with his composed display in the middle of the park.

It has caught the attention of local football fans and Sabah FC also included an introduction of the player in its Facebook page.

For a player who never played for the state under-19 (Youth Cup) and that he was only roped into the state under-21 (President Cup) this year, it has been quite an achievement.

Current President Cup head coach Johnny Dominicus, who was one of the first to spot the talent of Nureizkhan when he came for trial with the state junior squad in March, believed the latter has what it takes to be a top footballer.

According to him, Nureizkhan was among the trio from Labuan who attended the trial and gave a good first impression on the pitch.

“He was highly recommended by his coach in Labuan when I was looking for players to form the state President Cup.

“I was surprised by his ability on the pitch but even more surprised to know that he has never played for the state under-21 or under-19 squad in the past.

“He is more of a utility player with superb fighting spirit and energy…he is a midfielder who can play either in an attacking or defensive role,” said Johnny here on Monday.

Nureizkhan too may have caught the attention of senior team head coach Kurniawan Dwi Yulianto when the teams met in a friendly game, he added.

“The day he arrived we have a friendly match with the senior team. He played the first half for us (President Cup team) and in the second half, he was asked to play for them (senior team).

“Kurniawan must have seen something special in Nureizkhan,” he said.

While Nureizkhan is making his senior team debut, Johnny hoped it would be the beginning for more opportunity for the 21-year-old to break into the senior team.

“He did well in the 15 minutes he was on the pitch (against UiTM FC)…it was a short time to make a full assessment of his ability but he did not disappoint on his debut for the senior team.

“I hope this will be a good learning curve for him to get better as a player,” he added.

Nureizkhan is one of the four President Cup players called up to train with the senior team as they prepared for the match against Penang FC last week.

“We have 25 players in the team now but we may add one or two players,” he said.

Sabah have been drawn in Group C (Central Zone) under the new format of the President Cup league, which will be an under-22 competition this year, along with PJ City FC, UiTM FC, Kuching City FC, Sarawak United FC and Terengganu FC III.

The President Cup is expected to kick off on June 3.