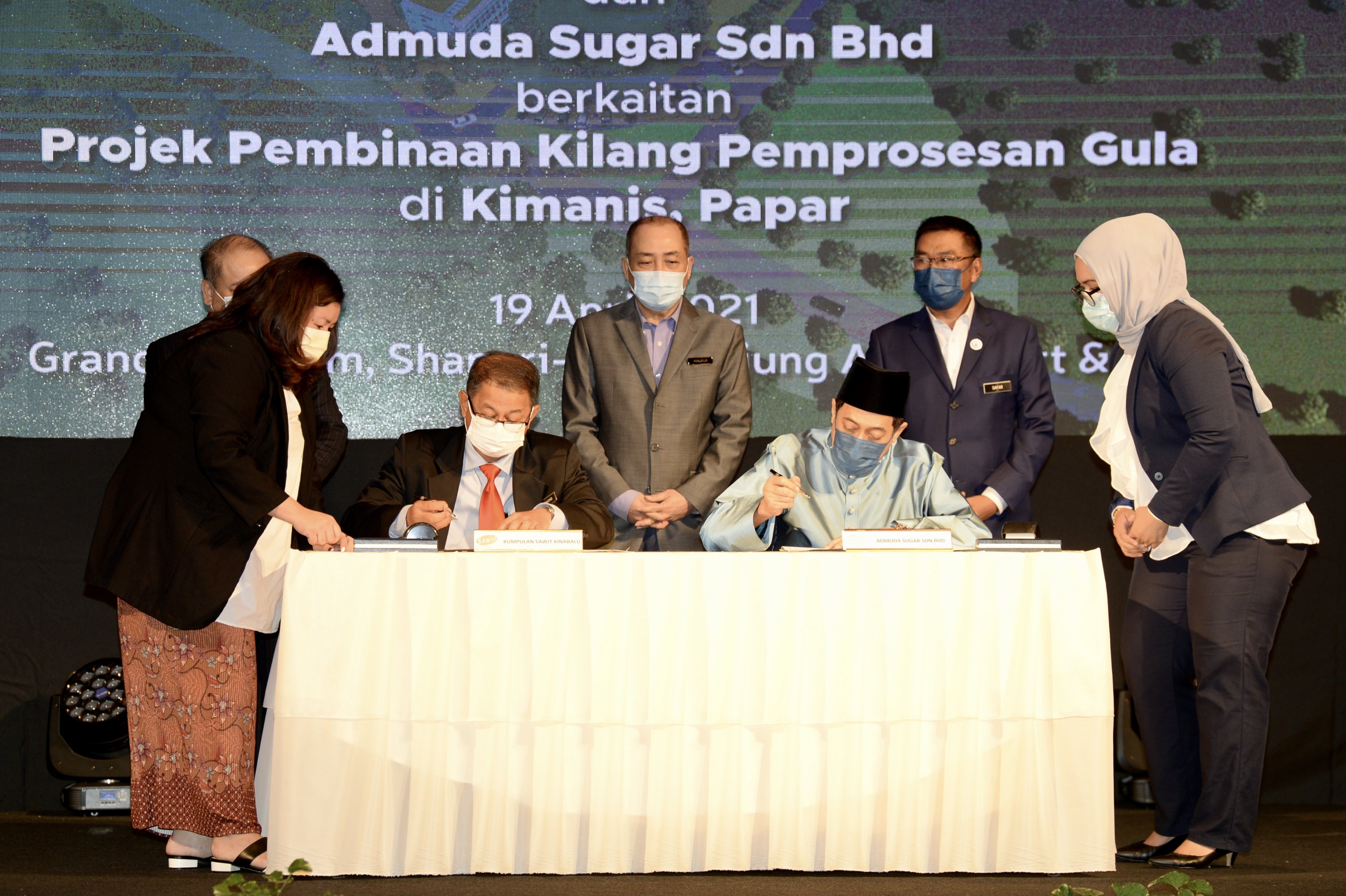 Hajiji, who is also Chairman of the Sawit Kinabalu Group, said the Halatuju SMJ, launched last month, had started to bear fruits and he congratulated all parties concerned for this collaboration, adding that he was confident that Sawit Kinabalu will be able to maintain its position as a progressive state government-linked company (GLC).

Sawit Kinabalu Group will be partnering with Admuda Sugar to set up a sugar refinery plant in Kimanis, Papar and a Barramundi (Siakap Fish) breeding aquaculture project with Borneo Lestari at Langkon, Kota Marudu.

Admuda Sugar’s investment is estimated to be worth RM150 million that would be developed on a 79-acre land owned by Sawit Kinabalu Group in Kimanis.

The sugar refinery plant, the first in Sabah will be producing sugar with the brand Gula Kinabalu. It is expected to be operational in one year’s time.

Borneo Lestari is expected to put in a total of RM85 million investment in the four-phase aquaculture project on a 35-acre of land belonging to Sawit Kinabalu Group in Langkon.

Using the Recirculating Aquaculture System, the aquaculture project is capable of producing a minimum 1,000 to a maximum of 1,250 tonnes of barramundi fish annually.

Both projects are expected to create a total of 1,000 direct job opportunities and another 1,000 indirect employments.

Hajiji said under the SMJ development blueprint, the State Government was making it easier and make Sabah more attractive to both domestic and foreign investors.

Signing for Sawit Kinabalu Group was its Managing Director Bacho Jansie, while Admuda Sugar was represented by its Director, Dato’ Sri Raja Sulaiman Raja Shariff and Borneo Lestari by its Director, Irwin Wong.

He also broke fast at the iftar with Sawit Kinabalu Group board members.