Saturday, June 19
You are at:Home»News»Sabah»Salesman freed from charge of raping minor 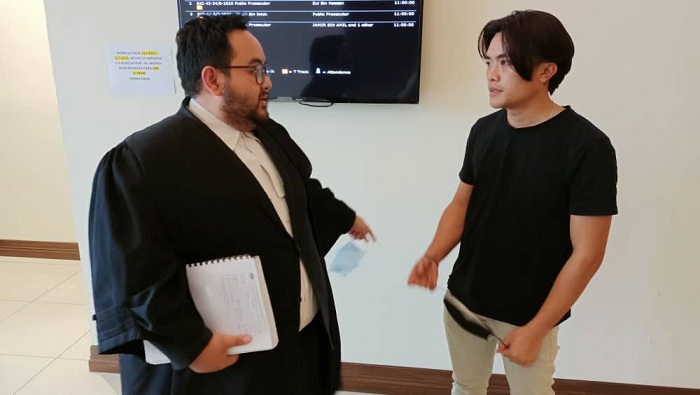 Chong with his counsel Kuan after his acquittal on Monday. Chong was previously on a stay of his execution pending the appeal.

KOTA KINABALU: The High Court here on Monday freed a salesman from a charge of raping a minor four years ago.

Chong, who was represented by counsel Sylyester Kuan, was sentenced to for 12 years behind bars plus one stroke of the cane by the lower court after he was found guilty of raping the 15-year-old girl in an apartment at Jalan Sulaman on March 28, 2017.

The charge was framed under Section 376 (2) (d) of the Penal Code which provides for a jail term of up to 30 years and whipping, upon conviction.

Throughout the trial, the prosecution had called five witnesses while the defence produced two witnesses, including Chong, who opted to give sworn evidence for his defence.