Thursday, August 5
You are at:Home»World»Top US envoy: terror threat has ‘moved’ from Afghanistan 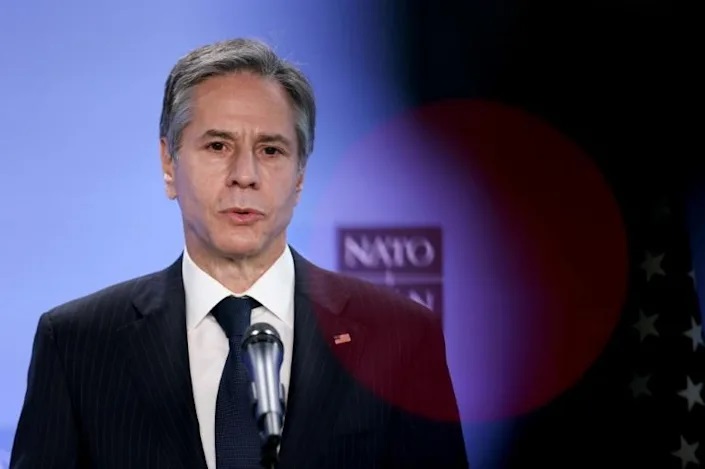 US Secretary of State Antony Blinken, who met with Afghan officials in Kabul last week, has defended US plans for an unconditional troop withdrawal by September 11, 2021. – AFP photo

Secretary of State Antony Blinken on Sunday defended the US decision to withdraw from Afghanistan, saying the terror threat had moved elsewhere and that Washington needed to refocus resources on challenges such as China and the pandemic.

President Joe Biden announced last week that the United States would withdraw all forces from the country before this year’s 20th anniversary of the September 11 attacks.

The unconditional withdrawal — four months later than a deadline agreed with the Taliban last year — comes despite a deadlock in peace talks between the insurgents and the Afghan government.

CIA head William Burns and US generals including the former armed forces chief David Petraeus have argued that the move could plunge the country deeper into violence and leave America more vulnerable to terror threats.

“The terrorism threat has moved to other places. And we have other very important items on our agenda, including the relationship with China, including dealing with everything from climate change to Covid,” Blinken told ABC’s “This Week.”

“And that’s where we have to focus our energy and resources.”

Blinken met Afghan President Ashraf Ghani as well as senior US officials in Kabul last week and briefed them on Biden’s announcement Wednesday that he was ending “the forever war,” which began in response to the September 11, 2001 attacks.

Blinken told ABC the United States had “achieved the objectives that we set out to achieve.”

“Al-Qaeda has been significantly degraded. Its capacity to conduct an attack against the United States now from Afghanistan is not there,” he said.

The Pentagon has around 2,500 troops in Afghanistan from a high of more than 100,000. Thousands more serve as part of a 9,600-strong NATO force, which will withdraw at the same time.

The delay in withdrawal — even by just over four months — has angered the Taliban, who have threatened to resume hostilities against US forces.

Blinken said, however, that Washington would be able to see any move by the Taliban “in real time” and take action.

“So if they start something up again, they’re going to be in a long war that’s not in their interest either,” Blinken said.

National Security Advisor Jake Sullivan said the United States would seek to keep a diplomatic presence with “a security component” after the withdrawal.

“Our intelligence community made clear this week in public testimony that we will have months of warning before Al-Qaeda or (the Islamic State group) could have an external plotting capability from Afghanistan,” Sullivan told “Fox News Sunday.”

“So we are not going to take our eye off the ball.”

The September 11 departure comes several months after the May 1 deadline initially agreed to in February 2020 by former President Donald Trump.

The Republican hailed the decision to withdraw, calling it “a wonderful and positive thing,” but expressed dismay over the choice of date.

“First, we can and should get out earlier,” he said in a statement, urging Biden to stick to the May 1 deadline.

“Secondly, September 11th represents a very sad event and period for our Country and should remain a day of reflection and remembrance” of the victims, Trump said. – AFP