Saturday, July 31
You are at:Home»World»‘Joints for jabs’: free marijuana for vaccinated New Yorkers 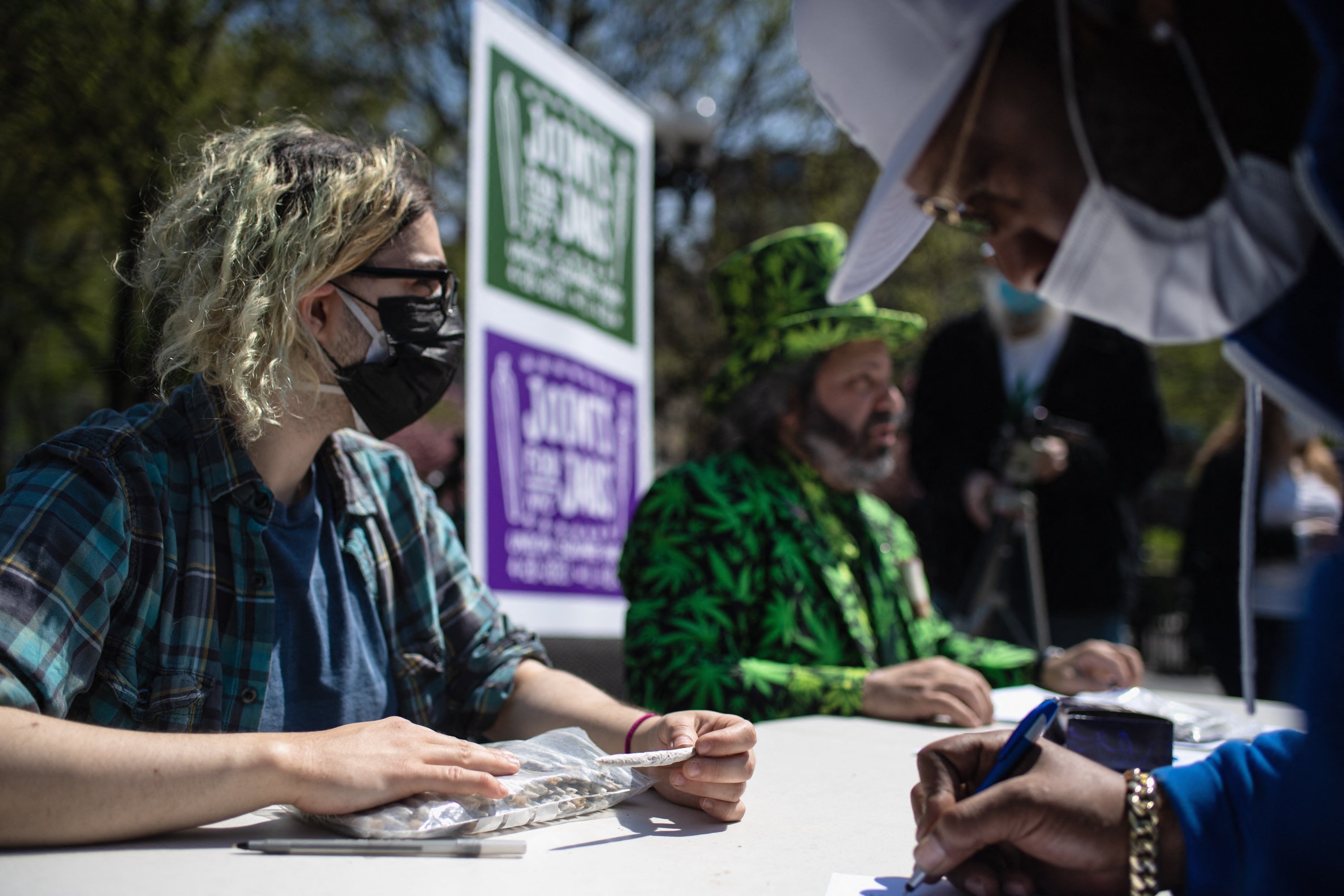 A man registers for free joints after being vaccinated against Covid-19 in New York on April 20, 2021. — AFP photo

NEW YORK (April 21): New Yorkers who have been vaccinated against Covid-19 were able to get an unlikely freebie Tuesday: a marijuana joint.

Activists celebrating the recent legalisation of recreational pot in New York state handed out free doobies in Manhattan to anyone with proof they had received at least one vaccine shot.

“This is the first time we can sit around and legally hand people joints,” said Michael O’Malley, one of the organisers of the ‘Joints for Jabs’ giveaway in Union Square.

“We’re supporting the federal effort to roll out vaccinations. And we’re also trying to get them to federally legalise weed,” he told AFP.

Organisers chose April 20 as the date as a way to mark 4/20, an annual day of celebration amongst cannabis fans.

Several dozen, relaxed looking people formed an orderly queue as the distribution of joints in New York began at 11.00am (1600 GMT).

One woman held a sign that read ‘pro-vaxx, pro-weed’. The giveaway was due to last until 4.20pm.

They only had to wait 10 minutes at most in the spring sunshine. They showed their vaccination card, in paper or via phone, gave their email address and a joint was theirs.

There seemed to be little verification required to prevent someone from queuing twice.

“We are not really being very careful,” admitted O’Malley.

Sarah Overholt, 38, left with two joints in her pocket after showing vaccination cards belonging to herself and her 70-year-old mother.

For Overholt, marijuana and the vaccine are essential.

“I smoke every day and I am a better person if I smoke, trust me,” she said with a smile.

“Everybody should get vaccinated. It should not be weed that is getting them there. But if it works, then it works,” added Overholt, who received her first vaccine shot on March 25 and gets her second on Thursday.

Alex Zerbe, a 24-year-old a trader who came from his nearby office, agreed. He has already had both doses and said he smokes a joint once or twice a day.

“I can get a joint anyway, but (the giveaway) is just cool you know,” Zerbe told AFP.

Several US brands, particularly in food and drink, have launched various incentives for vaccinated patrons in recent weeks, from donuts to hot dogs and beer, in an attempt to counter vaccine hesitancy. — AFP