Wednesday, October 27
You are at:Home»News»Sarawak»Kuching applying to be recognised as Unesco Creative City of Gastronomy 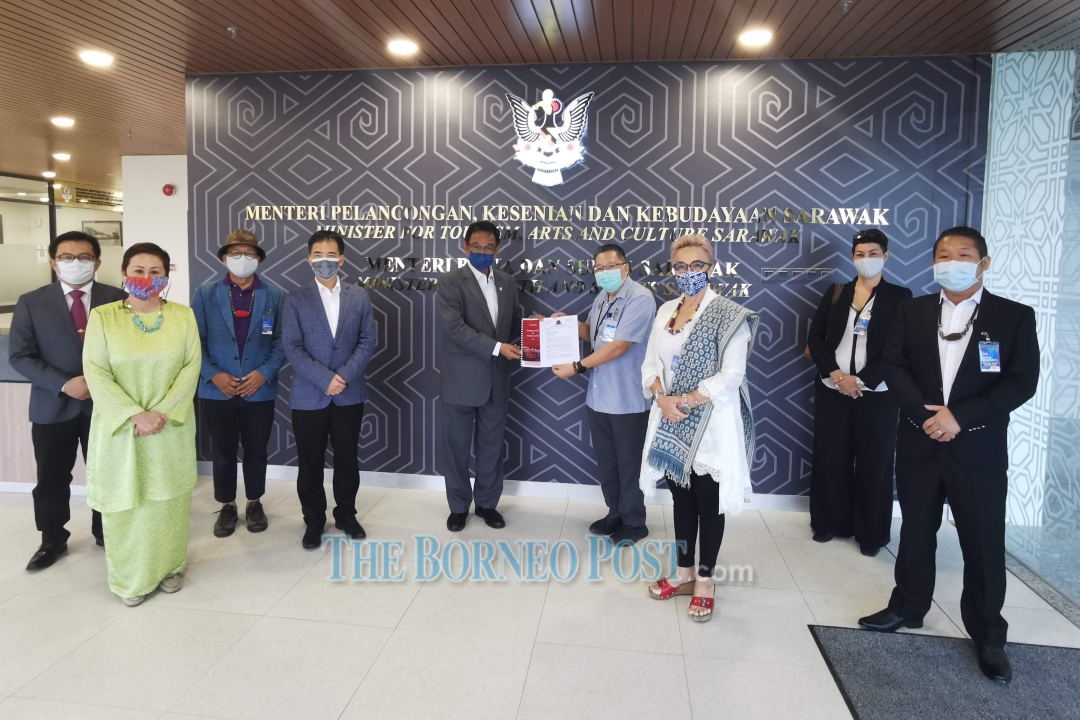 Wee (fourth right) hands over the proposal to Abdul Karim as others look on.

KUCHING (April 21): The Kuching City South Council (MBKS) is applying for Kuching to be recognised as ‘Creative City of Gastronomy’ under UNESCO Creative Cities Network (UCCN).

The council in a statement said it together with CHASS and SAS had started this project since November last year (2020).

“And we believe that with this collaboration with Ministry of Tourism, Arts and Culture Sarawak, we could together work hand in hand in promoting Kuching City to the world as a gastronomic destination and at the same time growing the creative economy to benefit our Sarawakians.

“This would be the first UCCN application for Malaysia under any of the creative fields” said the statement.

It also explained UCCN was created in 2004 to promote cooperation with and among cities that have identified creativity as a strategic factor for sustainable urban development.

The 246 cities which currently make up this network work together towards a common objective which is placing creativity and cultural industries at the heart of their development plans at the local level and cooperating actively at the international level.