Monday, May 10
You are at:Home»News»Sabah»Nabawan withdraws from BMR Cup 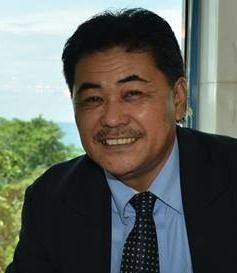 “The venue and date remain unchanged where the matches will be played at the Tambunan Sports Complex from April 23-25,” said Sabah FA Local Competitions Committee deputy chairman Lokman Sunggim on Wednesday.

He said hosts Tambunan and Keningau will meet in the opening match on April 23 followed Tambunan against Tenom on April 24 and concluding with the Keningau versus Tenom tie on April 25.

“The kick off time for all the matches is 8pm,” he added in a statement to the press on Wednesday.

Overall, 30 teams divided into eight zones are involved in the tournament, which started with the zone level matches from April 2-4.

With the Upper Interior zone set to start this weekend, it is only left with the South East Coast zone comprising Tawau, Lahad Datu, Kunak, Semporna and Kalabakan still to play their matches due to Movement Control Order (MCO) restrictions in some areas.

For the record, the tournament is opened to players aged 18 and under and that the zone level matches is a platform to select players or team to represent the zone to the Grand Final, which is expected to take place after Hari Raya celebration.