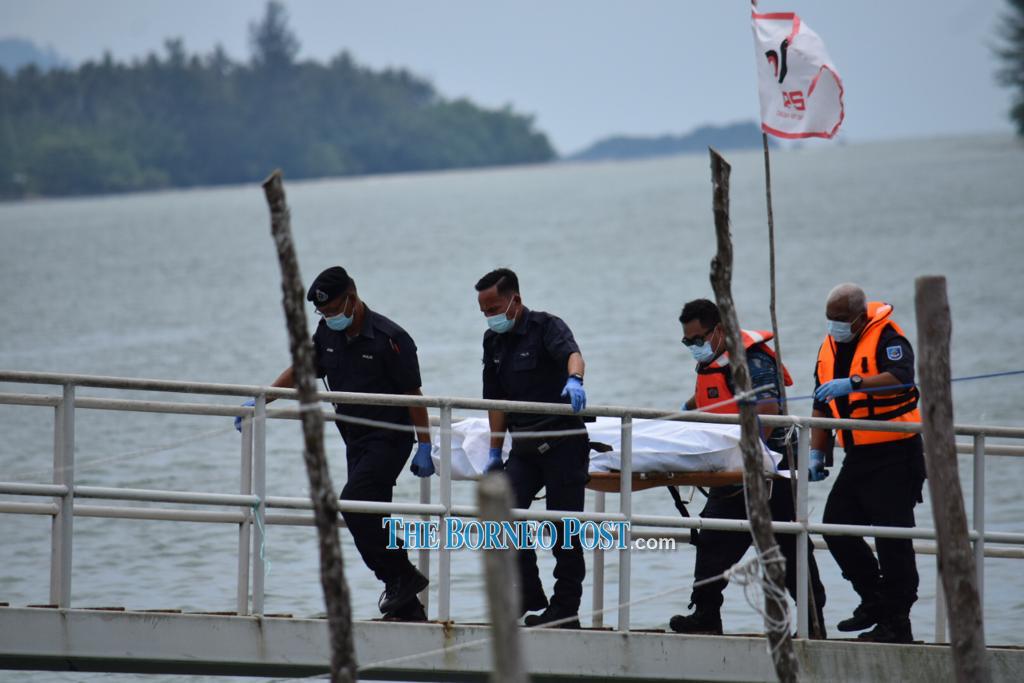 KUCHING (April 20): The body of missing diver Karen Chong, 31, was found about 52km from her last known location today.

”It is believed that the victim had drifted at a distance of 32 nautical miles or 52km from the last position she solo-dived.

“They then contacted the SAR (search and rescue) team who were around the location during that time,” he told a press conference at the Telaga Air jetty today.

Chong’s body was later brought to Lundu Hospital at around 1pm for a post-mortem. 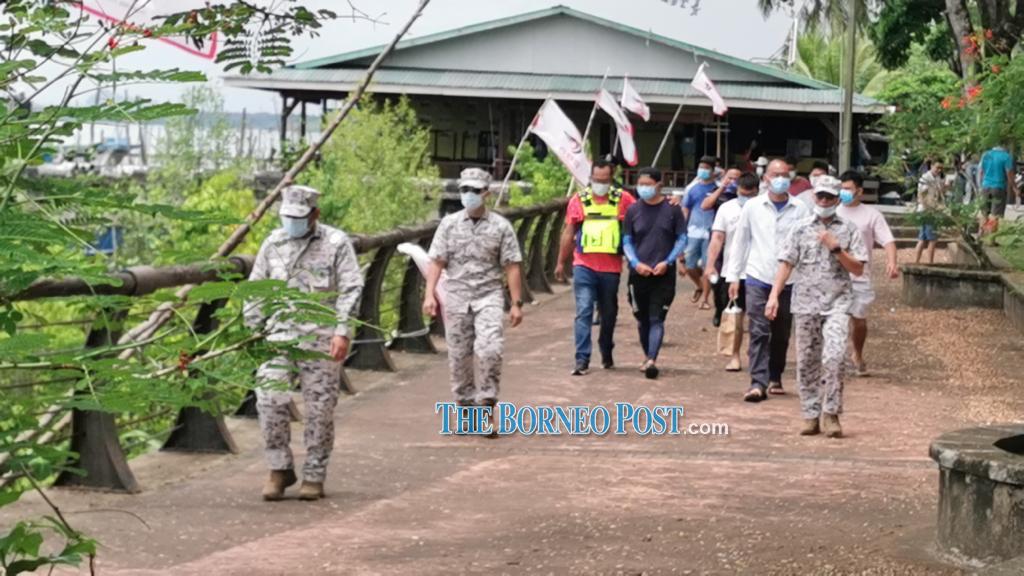 Chong’s family members and acquaintances are accompanied by MMEA personnel and police as they head towards the Telaga Air jetty. — Photo by Roystein Emmor

An initial identification by family members confirmed the body’s identity as it was still clad in a wet suit and Chong’s watch was also still on her wrist.

Yousri said the search area from the first to the fifth day of operations today covered ​​1,630 square nautical miles and involved 207 SAR personnel.

The air search was conducted by the Police Air Unit aircraft and drone assets from the Malaysian Civil Defence Force (APM).

On Saturday evening, April 17, Chong was feared missing after a diving activity with five others some 23 nautical miles from Satang Island near here.

Yousry said the Maritime Rescue Sub Centre (MRSC) Kuching was notified of her disappearance around 8pm by the Fire and Rescue Department operations centre through MERS 999, and MRSC Kuching immediately initiated a search and rescue operation (SAR) around 9pm later.

According to the victim’s brother, Brandon Chong, his sister’s disappearance was only realised about an hour and 20 minutes later when she did not emerge from the water.

She was said to be on her second dive alone on that day.

The victim’s brother and their other diver friends then tried to look for her around the location where she was last seen, but to no avail.