Monday, May 10
You are at:Home»Sports»Motor Racing»Safety-conscious SMA calls for proper racing circuit 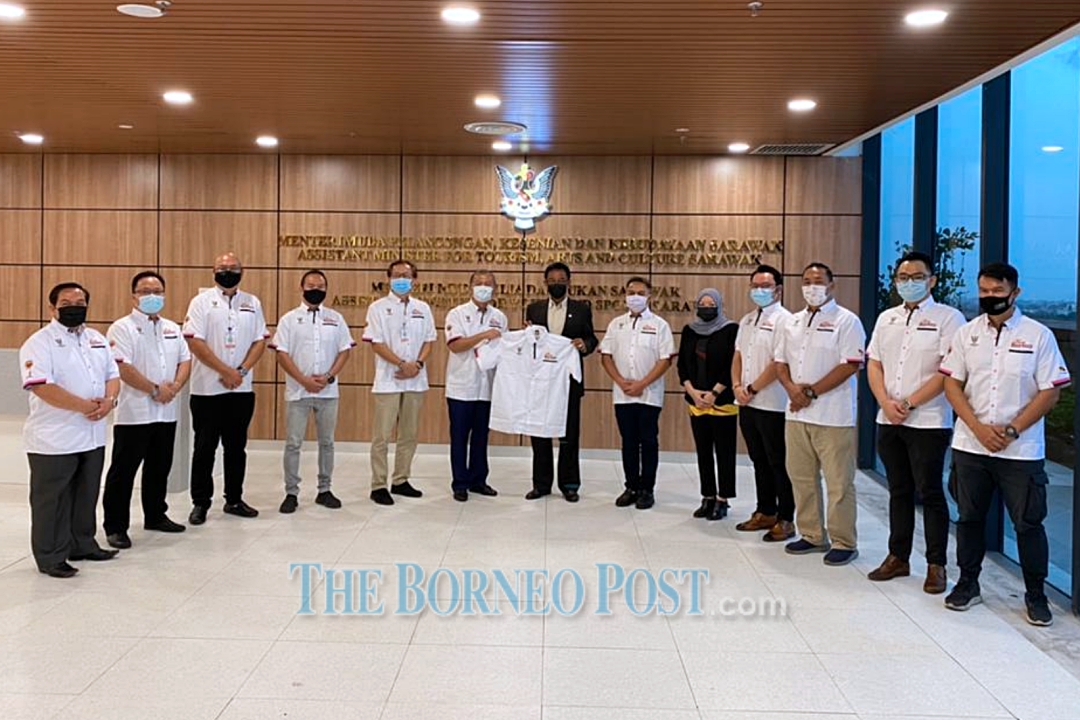 Ahmad (sixth left) presents a souvenir to Karim (seventh right) while permanent secretary to the ministry Nancy Jolhi and others look on.

This was pointed out by Sarawak Motorsports Association (SMA) president Dato Ahmad Ibrahim who described motorsports as one of the most popular sports in the country.

“Among the basic needs of the motorsports industry are facilities such as racing circuits that are complete with safety aspects.

“There is a very high demand from motorsports fans and community in Sarawak for us to have a complete racing circuit or track facility and can be a platform for the development of this sport,” he said in a statement yesterday.

Ahmad, who is also Padawan Municipal Council deputy chairman, added that apart from racing facilities, knowledge or technique of vehicle handling skills is also an important aspect for someone who wants to be involved in the field of motorsports which is full of challenges and high risks.

Commenting on a recent accident in the parking area of the Sarawak Stadium which was used as a place for motorsports fans to race recently, Ahmad said: “We (SMA) take this issue seriously and as you know, this is not the first incident that occurred in the area.

“Among the main reasons is that the area is a parking lot and not a racing circuit. In addition, no safety aspects are implemented and there is no supervision from certified race officers or marshals in the area,” he added.

Ahmad led a SMA delegation to pay a courtesy call on Youth and Sports Minister Datuk Abdul Karim Rahman Hamzah at his office at Bangunan Baitulmakmur II on Monday and related SMA’s concerns regarding illegal and dangerous racing to the minister.