Friday, September 24
You are at:Home»News»Crime»7 Vietnamese detained for fishing in Malaysian waters 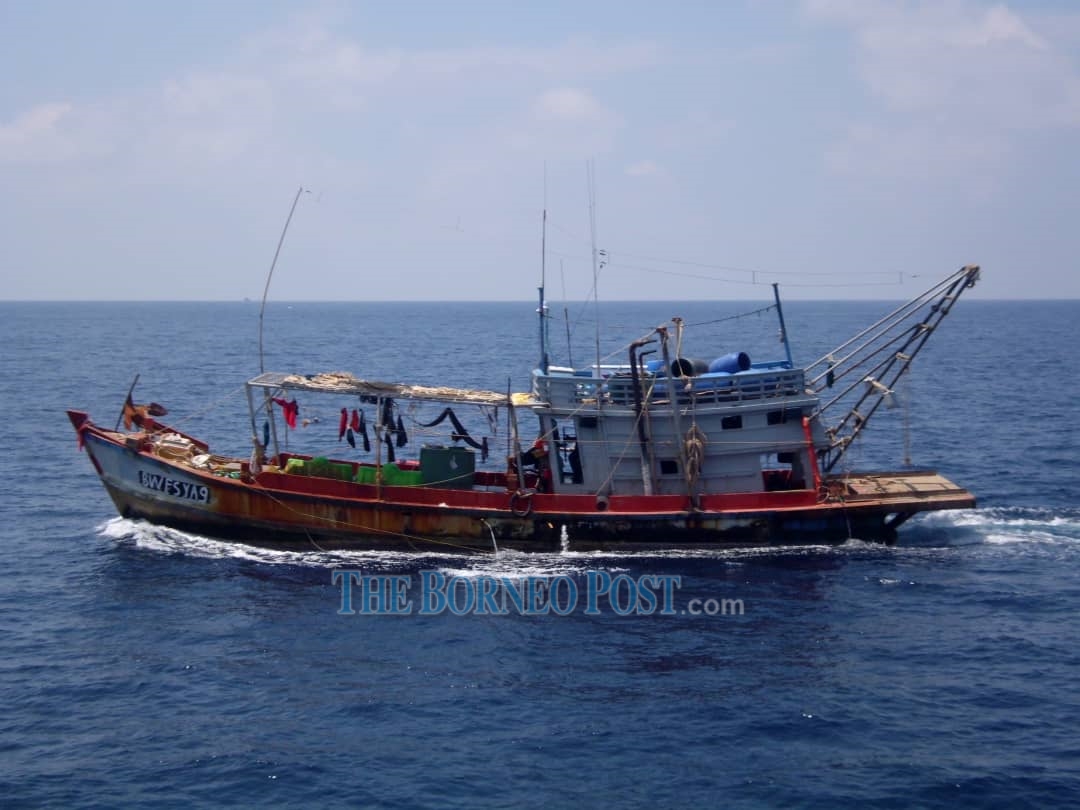 MIRI (April 23): Malaysian Maritime Enforcement Agency (MMEA) here has detained a foreign fishing boat about 21 nautical miles northwest of Kuala Sibuti on suspicion of fishing in Malaysian waters without a permit, around 10am Wednesday.

Realising the presence of the asset, the foreign fishing boat released all fishing gears into the sea in an attempt to dispose evidence, and also tried to escape.

“Inspection found that the boat was operated by seven crew members, including the skipper, all Vietnamese men aged 27 to 43 years old.

“Four of them had passports while three others did not have any,” he said in a press statement yesterday.

“All crew members and the boat were brought to the Maritime Vessel Detention Centre in Pulau Melayu for further investigation. The seven crew members of the fishing boat.

“The case will be investigated under the Fisheries Act 1985 for fishing in Malaysian waters without a permit,” he added.

Fauzi welcomed cooperation from the public, especially the maritime communities, in providing information to assist them in combating crimes at sea.