Saturday, July 31
You are at:Home»News»Sarawak»Federal government gives green light for Sarawak to purchase own vaccines — Uggah 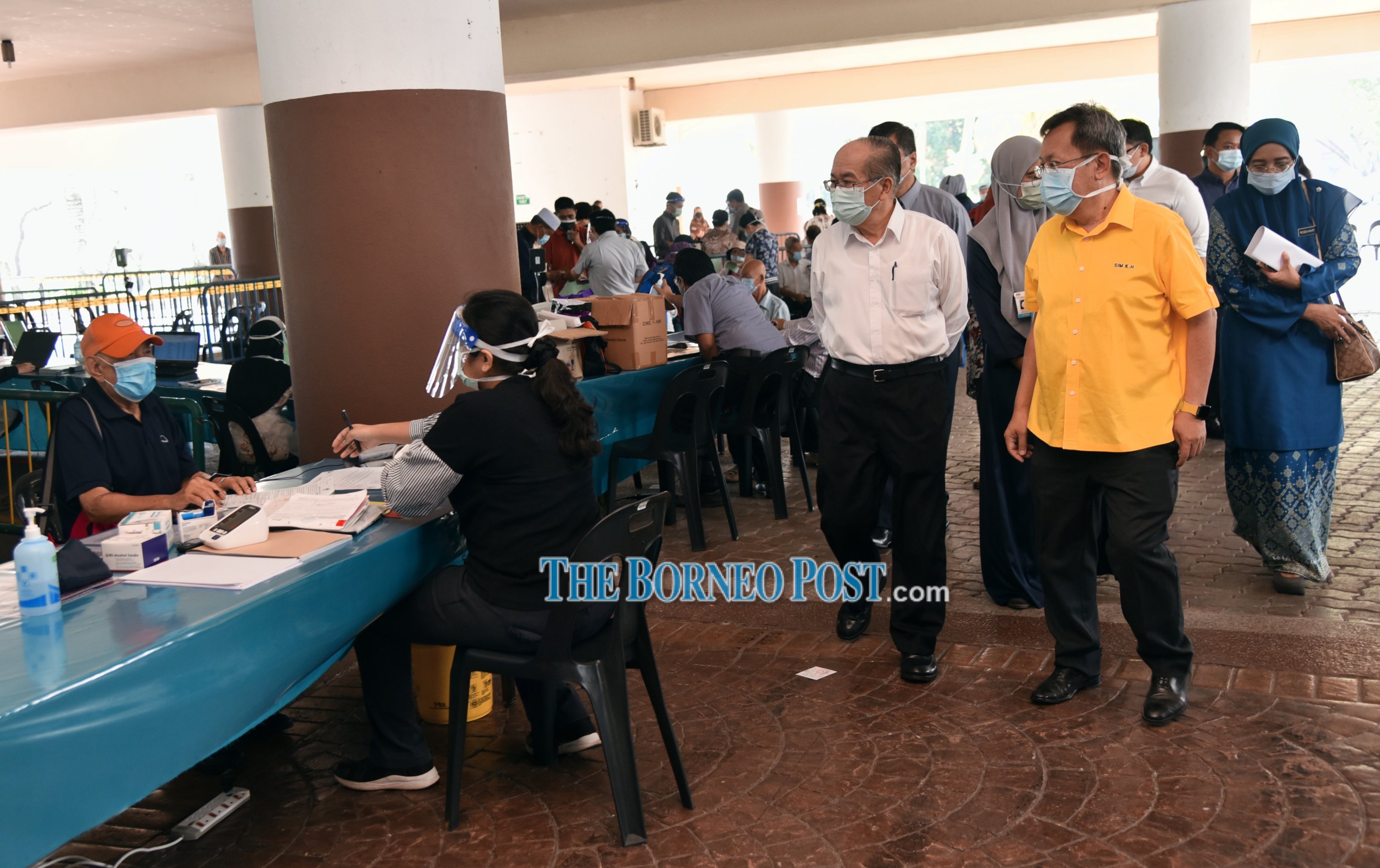 KUCHING (April 23): The federal government has approved the Sarawak government’s request to purchase its own Covid-19 vaccines for the use of the people of the state, said Deputy Chief Minister Datuk Amar Douglas Uggah Embas.

Uggah, who is also the State Disaster Management Committee (SDMC) chairman, said the approval was given during his meeting with Coordinating Minister for the National Covid-19 Immunisation Programme Khairy Jamaluddin in Putrajaya, recently.

Following that, he said the State Covid-19 Advisory Group (SCOVAG) had been given the responsibility to discuss about the purchase with the vaccine suppliers.

“… we are now discussing the matter with the relevant authorities to sort out how we want to purchase it. It will be used as reserve in case there is any problem with the supply from the federal government,” he said.

He said this to reporters after observing the implementation of the second phase of the National Covid-19 Immunisation Programme for Kuching Division at Stadium Perpaduan Petra Jaya, here today.

A total of 1,278 individuals from high-risk groups and senior citizens aged 60 and above are scheduled to receive the vaccine at the stadium today.

On March 18, Uggah was reported as saying that the Sarawak government had sent a letter to the federal government regarding its intention to purchase Covid-19 vaccines for the state.

Meanwhile, Uggah said he hoped that the federal government could accept the registration for the immunisation programme that is done manually by residents in the rural areas of the state.

He said a lot of rural folk do not have smartphones which they can use to register via the MySejahtera application, hence the manual registration at district or resident offices.

“We have also asked those in the rural areas to register using the district or resident office’s phone. When they receive the appointment notification, the office will contact the recipient,” he said.

A total of 929,435 individuals are being targeted to receive the vaccine under the second phase of the National Covid-19 Immunisation Programme in Sarawak which began on Monday. — Bernama

Previous ArticleCMS deputy chairman takes leave of absence from all positions in group
Next Article Govt to intensify Covid-19 vaccination registration as only 28.64 pct of target group register for Phase 2