Tuesday, May 18
You are at:Home»Columns»We must not forget our shared history 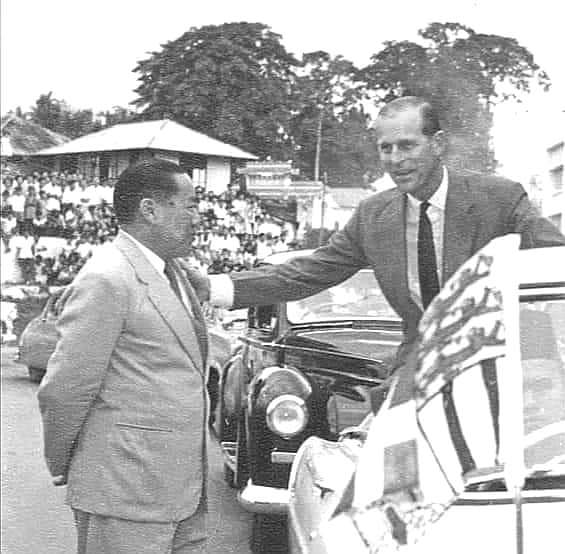 FOR those of us who went to English schools in the 1950s and 1960s, the death of Prince Philip the Duke of Edinburgh at age 99 last week on April 9, 2021 was greatly felt, especially for those who had lined the streets of Kuching during his three official visits in 1959, 1965 and 1972 and had caught personal glimpses of him, and also with Queen Elizabeth 2nd in the 1972 visit.

His was a fairy tale life story and his 73 year enduring marriage to the Queen of England had been liken to a storybook one can only read about; which as a matter of fact Walt Disney had actually made into the animated Prince Edward character in the Disney epic Sleeping Beauty!

The first thirteen years of my life was spent when Sarawak was still under British colonial rule, it was only in September 1963 that we had gained independence when we had founded Malaysia by merging with the states in the Federation of Malaya, as well as Singapore and Sabah.

However, for most of us the lingering effects of the British rule were to last for a very long time; even today more than 70 years later when I visit some remote longhouse up the Lemanak river or into Ulu Long Akah or even to the highlands of Long Napir I would still be able to see faded but well preserved colour portraits of a very young Queen Elizabeth hanging on the walls of the tribal halls and living rooms and having place of honour next to the Malaysian King and some famous professional footballer.

British rule had given us our current system of government, our legal structure and so many other long lasting and well preserved rules, regulations and legislations. Many of our cultures, customs and traditions too have either taken into account some degree of ‘Britishness’ or have been tried and tested out and we have taken the best of their traits and had retained them for use. Some had of course, due to either race, religion, climate or geography been not possible or practical to be assimilated.  For instance I can’t see us dressing up to the nines for an evening meal or some of us joining some odd-ball secretive societies, although truth be told the Scottish Freemasons are still with us.

However, we did adopt and cultivate and do still practise many other very English habits like loving and enjoying our favourite platter of fish and chips, drinking tea in the afternoon, having Hens and Boys Nights Out before the big wedding day, bingeing on some television series (Downton Abbey comes to mind) and listening to Brit Pop, and of course the English League football and Wimbledon!

In recent times too and especially more so in these days of coronavirus lockdowns, we have been busy doing the #3 English hobby after pubbing and football which is gardening! Everyone who fancies herself (and indeed himself too!) with green fingers have been busy pottering and digging about with all sorts of plants – flowers, fruits and vegetables in their gardens; quite a few have been more than successful too. I’ve been told by friends in the gardening needs trade that for them right now it’s a booming business!

As a teenager back in the 1960s and one highly susceptible to new trends and always on the lookout for new experiences and adventures the radio airwaves and the bookstores were important sources of influence to most of us. Due to the fact that during that period our country was facing what was known as the ‘Indonesian Confrontation’ because President Sukarno of Indonesia did not take kindly to Sarawak wanting to join up with Malaya to form Malaysia as he had his own ambitions to expand his territorial influence here as well.  We had for a period the British Armed Forces’ presence here as extra security provided for by the British Home Office in London.

The British Forces had greatly influenced the programmes that aired over Radio Sarawak as well as their own overseas network; our local record shops and bookstores were also busy catering to their needs by importing the latest British records, magazines and books. The influence too had spread into the food and drink trade, as some up market stores had also imported goods that catered to the British diet – hams, bacon, cheese and biscuits and other quaint imported foodstuff. The range of wines and spirits had also expanded dramatically over a matter of months and men’s magazines and adult themed books appeared in the bookshops, available only to select customers and always under the counter of course.

In the record shops, the variety of records widened rapidly, instead of just the same old Paul Anka and Connie Francis, we had many new singers, musicians and the appearance of jazz, classical and movie musical soundtracks were suddenly all available: a collector could actually make an order for any title to be brought in from Singapore, although that would usually take weeks to arrive!

I was a very happy camper and I frolicked and rejoiced at the range and the endless possibilities. I also had an advantage over my other school mates of 16 or 17, because I did not have to depend entirely on my parents for my pocket money to spend on such ‘luxuries’ – I had started to write a regular weekly column for Desmond Leong’s daily English broadsheet called The Vanguard. With whatever I made I had also started the first Official Elvis Presley Fan Club of Malaysia based in Kuching, also publish a regular bulletin called The Aron.

Perhaps the most lasting and the best shared part of our history with the British Empire has been the one we have had in our education.

My best teachers in secondary school from 1963 to 1969 at St Thomas’s were English, although there was the odd Australian, Canadian, Indian and a few locals who had also made a difference. The British teachers, without exception, were all diligent, well versed in their subjects and would usually stand for no nonsense, although they did have their peculiar sense of humour too. The best words to describe them collectively were their dedication and their self-discipline. We had all benefitted immensely from being taught by them throughout our years in school. I am sure that the same had happened at our rival school St Joseph’s.

Many of my classmates and schoolmates as well went on to further their education in the various British universities; a few had returned and had successful careers for themselves, some had stayed back and they too have done extremely well. Most of them have either migrated elsewhere in years gone by for one reason or another; in fact only a handful had decided to return here to Sarawak. 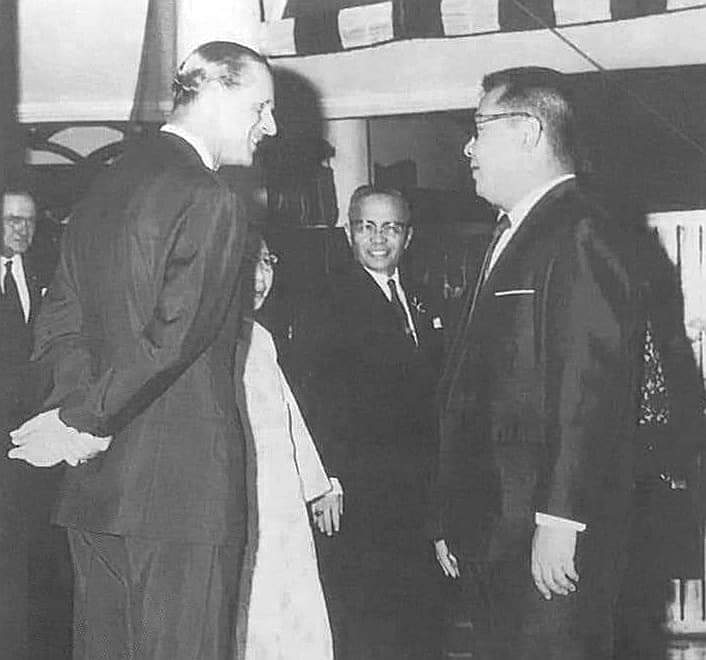 We should always recognise and acknowledge the sense of all our shared history – the history that we have had growing up under the auspices of the Union Jack under the Queen of England; the many blessings of those who became well educated both in their formal education and in their life experiences; those who have been born again and had converted to Christianity under the Anglican Church of England; and those who continue to this day to enjoy the fruits and benefits of living in a country which was at peace and under the protection of the Crown for more than 175 years, and since 1963  under the flag of Malaysia.

I end my column today with two quotes from a couple of famous men:

“A generation which ignores history has no past and no future.” (Robert Heinlein)

“We are not makers of history. We are made by history.” (Martin Luther King Jr)

Lest we forget, may God continue to bless us all abundantly and to keep us all safe and healthy during this period of trial and many challenges. Amen.