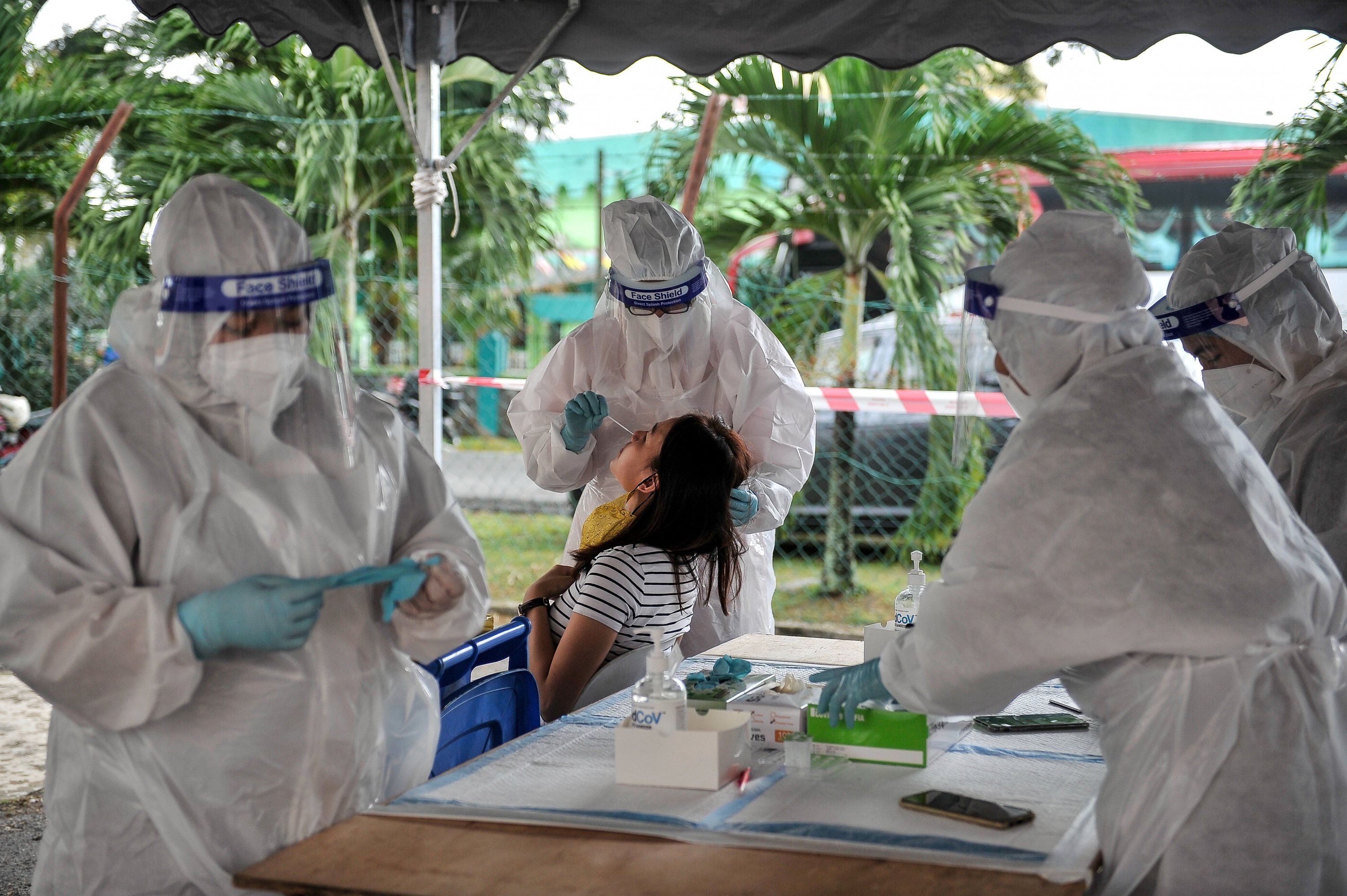 In its daily update statement, SDMC said these brought the cumulative total of positive cases in the state to 27,914 and the death toll to 156.

“Of the 595 new cases, 46 individuals showed signs and symptoms when taking the Covid-19 swab tests while 508 individuals detected were those ordered to undergo quarantine,” pointed out SDMC.

SDMC said one of the fatalities involved a 75-year-old local woman who was admitted to the Bintulu Hospital after experiencing a fever, cough, diarrhoea and fatigue.

The case, who had hypertension and diabetes, was tested positive for Covid-19 on April 9 and her conditions deteriorated and passed away on April 21.

SDMC said another fatality involved an 86-year-old local man, who was ordered to undergo quarantine after having come into close contact with one of the previous positive cases.

The case had a lack of appetite and fatigue issues when being referred to the Bintulu Hospital. His swab test result came back positive for Covid-19 on April 13.

His conditions had deteriorated and he passed away on April 23. The case had hypertension, diabetes and stroke.

SDMC said the other fatality involved a 65-year-old local man who was admitted to the Sarikei Hospital after experiencing difficulty in breathing and cough, and had to depend on a ventilator.

The case’s swab test result came back positive on April 19. The case, who had hypertension and chronic obstructive pulmonary disease (COPD), passed away on April 23.

“This brings the cumulative total of recoveries and discharged cases in the state to 21,829 or 78.2 per cent of the total Covid-19 cases in Sarawak,” said SDMC.

SDMC added that the number of active Covid-19 cases that were still being treated at the various hospitals and PKRC stood at 5,862.