Tuesday, December 7
You are at:Home»News»Sarawak»Construction worker killed in collision with lorry in Sibu 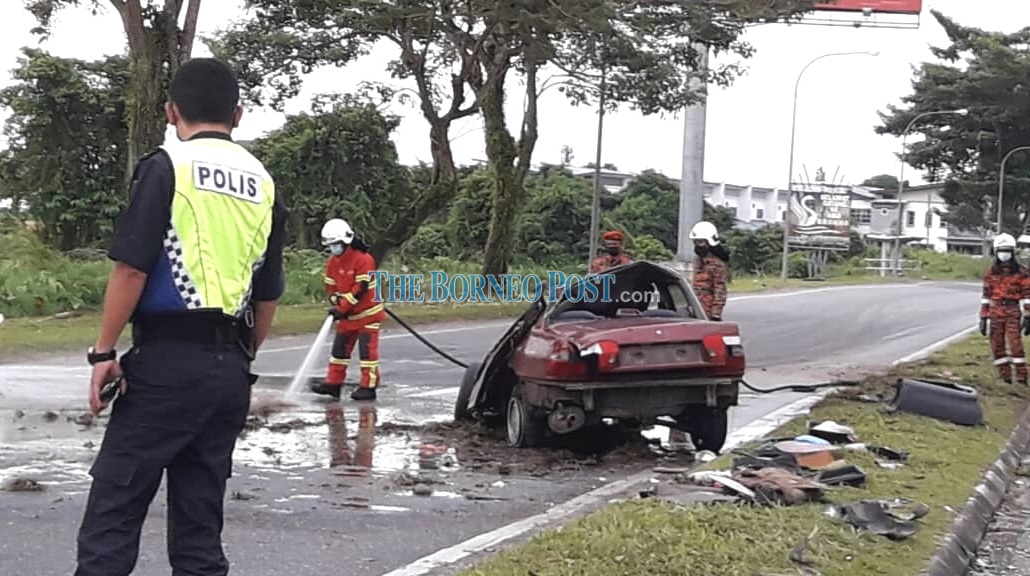 A fireman cleaning the oil leakage caused by the accident.

SIBU (April 26): A 37-year-old construction worker was killed after the car that he was driving collided with a lorry at Jalan Lanang here at around 4.30pm yesterday.

According to Sibu police chief ACP Stanley Jonathan Ringgit, the deceased has been identified as Louis Soden from Desa Satria here.

He said that the victim was heading towards the town center from Lanang bridge when he lost control of his vehicle.

“The car then entered the opposite lane before it was hit by a lorry moving towards the bridge.

“The victim suffered serious injuries due to the impact of the collision.”

Stanley said the victim was taken to the Sibu Hospital for treatment and he was pronounced dead at 6.59pm.

Police are investigation the case.