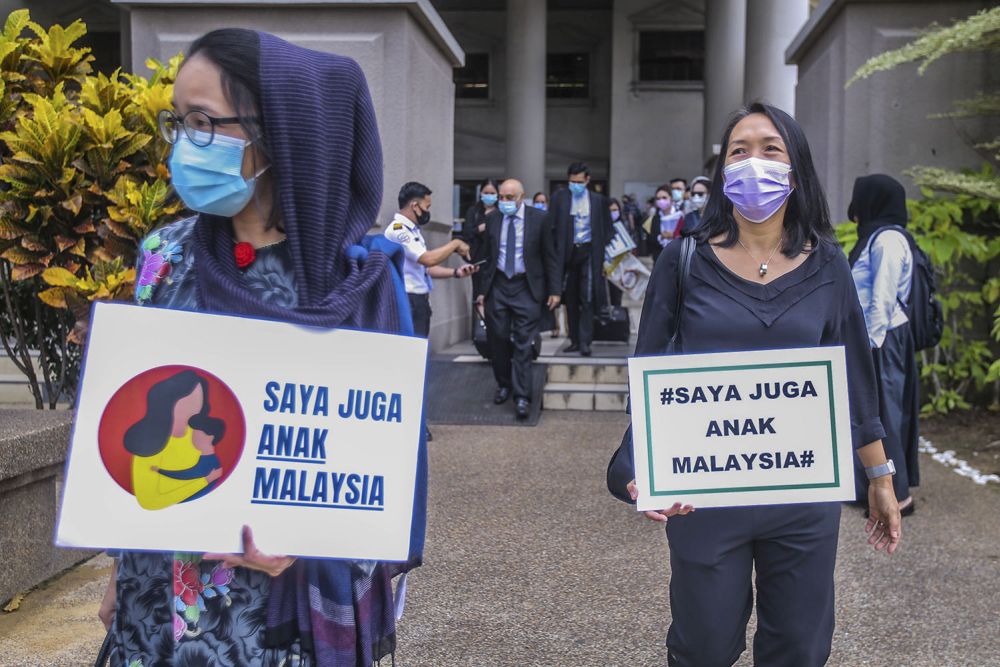 KUALA LUMPUR (Apr 27): The Malaysian government today argued that the High Court should strike out a lawsuit filed by several Malaysian mothers with foreign spouses who want their children born abroad to automatically be recognised as Malaysian citizens.

But the mothers’ lawyer said that the doors of the courts should not be closed to them at this stage and that they should not be denied access to justice, and the High Court should hear their court challenge instead of throwing it out now.

This lawsuit was filed by the Association of Family Support & Welfare Selangor & Kuala Lumpur (Family Frontiers) via its president Suriani Kempe and six Malaysian mothers, where they are ultimately seeking for the courts to declare that children born overseas to Malaysian mothers with foreign spouses would automatically have Malaysian citizenship instead of having to apply to be recognised as Malaysians.

The mothers in their lawsuit claim that these constitutional provisions are discriminatory to Malaysian women and in breach of the Federal Constitution’s Article 8(2) which disallows gender discrimination in Malaysia.

Today, the High Court heard the Malaysian government’s application to strike out their lawsuit.

The Attorney General’s Chambers’ senior federal counsel Ahmad Hanir Hambali, who represented the Malaysian government, today briefly summarised his points, including his argument that Suriani has no locus standi or no legal standing to file this court case.

In his written submissions, Ahmad Hanir argued that the plaintiff has to be affected substantially or have a genuine interest in the case and that Suriani could not have the required legal standing to file the lawsuit merely because of her role as Family Frontiers president.

Ahmad Hanir also told the court that there is allegedly no valid cause of action that is recognised by law in the Malaysian mothers’ lawsuit.

“Third, this application is scandalous and frivolous,” he said of the Malaysian mother’s lawsuit, further saying in his written submissions that the lawsuit was allegedly vexatious and an abuse of court process as no constitutional provisions can be declared inconsistent with each other. 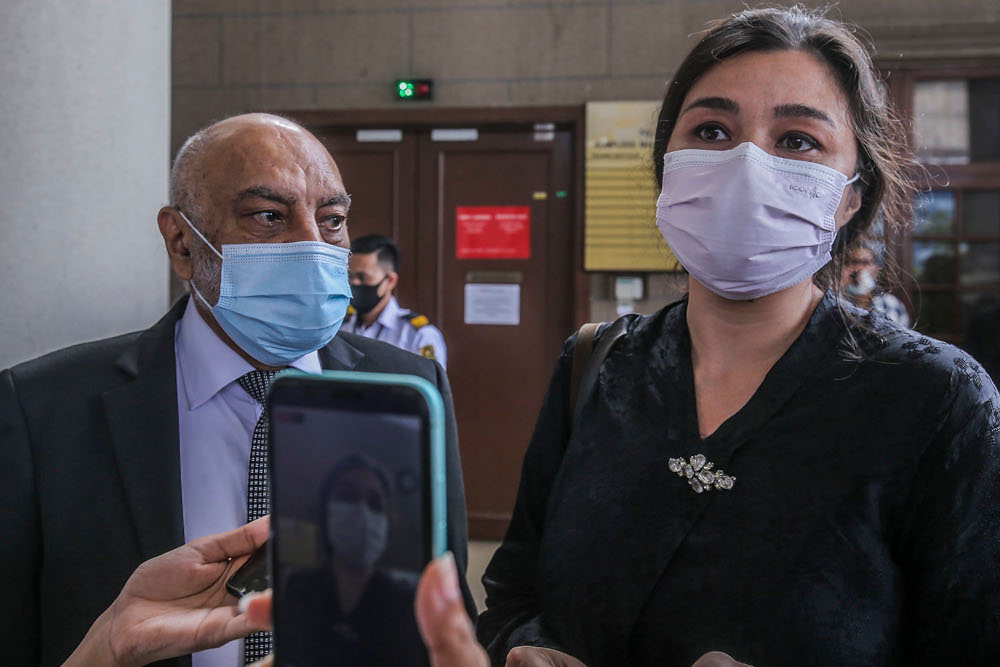 The Malaysian mothers’ lawyer Datuk Gurdial Singh Nijar however argued that Family Frontiers has legal standing to be part of this lawsuit which involves the family unit, as it is a registered society recognised by the Registrar of Societies with its aim of supporting the integration of the family unit.

Gurdial pointed out that the High Court had in a previous case earlier this year — involving Myanmar nationals being deported from Malaysia — recognised legal standing for two non-governmental organisations who filed the lawsuit — Amnesty International Malaysia and Asylum Access Malaysia.

As for the argument that the Malaysian mothers had no cause of action, Gurdial argued that there is no need to have a complete cause of action when those who file the lawsuit are seeking to establish their rights and are seeking court declarations as well as seeking for the court to interpret constitutional provisions.

Gurdial noted the Federal Constitution’s Second Schedule’s Part II’s Section 1(b) and Section 1(c) only mentions the children born abroad to Malaysian fathers as able to have their children automatically having Malaysian citizenship.

“That’s the point we make, it has to be read harmoniously. We cannot allow discrimination of citizens on basis of gender,” he said.

Gurdial also said this lawsuit is not frivolous and should not be struck out, as it was a case involving issues that have risen in court for the first time and should be heard by the courts.

Gurdial highlighted the “desperate, dire situation” that Malaysian mothers are facing as being the reason for this lawsuit, where they have to wait for years for the government’s decision when applying to register their children born abroad as Malaysians.

“Now for example, in this Covid-19 situation, the child cannot come back to this country and the mother cannot go back to visit the child. These are desperate situations that have caused applicants in this case to seek access to justice to have this court decide,” he said.

“It doesn’t say mothers cannot. So if there is a fundamental right guaranteed by the Constitution, it’s quite clear if you want to deny or exclude a person of that right, there must be an explicit provision that says you cannot do this. If you want to exclude or deny that fundamental right, the Constitution must expressly provide that,” he said, referring to the Article 8(2) right to non-discrimination and the lack of a constitutional provision that specifically bars Malaysian women from passing their citizenship to their children born abroad.

Using this point of law to illustrate the need for the High Court not to strike out the lawsuit but to instead hear the case in full on its substantive grounds and its merits, Gurdial said there is an argument to be made here, urging: “So please do not shut us out from making that argument itself.”

“Don’t lock the doors of the court to genuine people who have come here with a bona fide, genuine problem. They are not coming here to create a problem, but they are trying to raise their predicament for resolution,” he said.

On December 18, 2020, Family Frontiers via Suriani and the six other Malaysian women had filed the lawsuit via an originating summons, seeking six specific court orders including a declaration that Section 1(b) and Section 1(c) be read harmoniously with Article 8(2) to include Malaysian mothers as a condition for children born abroad to be given automatic Malaysian citizenship.

Among other things, they are also seeking a court order for all relevant government agencies including the National Registration Department, Immigration Department and Malaysian embassies — issue citizenship documents (including passports and identity cards) to children born abroad to Malaysian mothers with foreign spouses.

After hearing the arguments by both sides, High Court judge Datuk Akhtar Tahir fixed May 6 for its decision on whether the lawsuit by the seven Malaysian women would be struck out, or if it would proceed to hear the court case.

Also appearing for the Family Frontiers and the Malaysian mothers was lawyer Joshua Andran, with the hearing carried out under strict standard operating procedures.

Lawyers who held a watching brief today were Mohd Ridhuan Md Kamal for the Bar Council, Norliza Rasool Khan for the Global Campaign for Equal Nationality Rights, the Institute on Statelessness and Inclusion, and Voice of the Children, and Jasmine Wong who represents clients with similar issues. 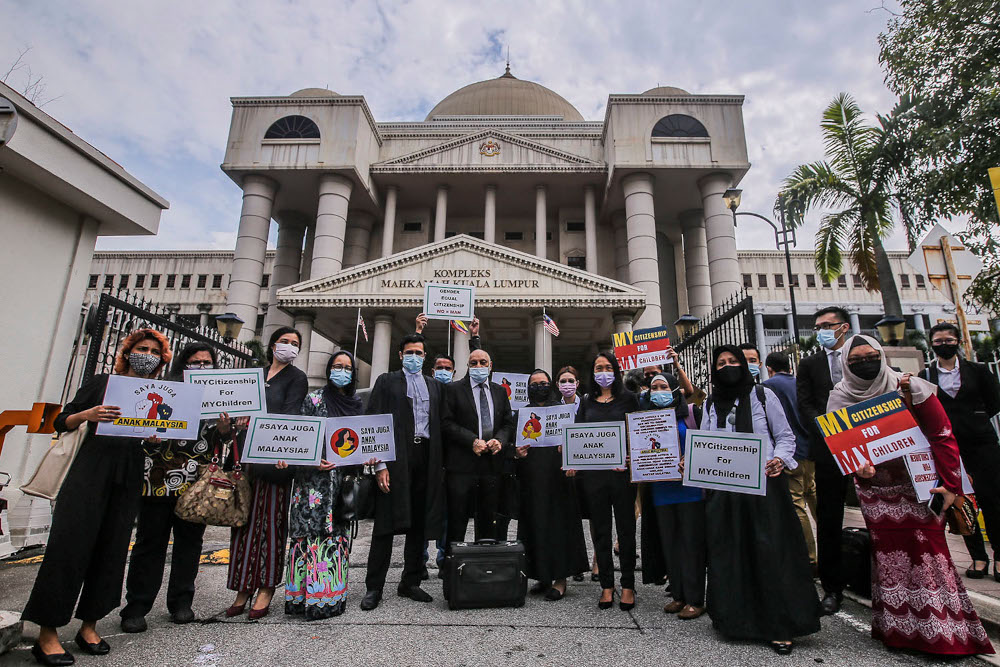 Members of Family Frontiers and the affected Malaysian mothers are seen holding placards to say that their children should also have the right to be Malaysian citizens. April 27, 2021. ― Photo by Malay Mail

After the court hearing today, Suriani in a public statement noted the government’s bid to strike out the Malaysian mothers’ lawsuit by claiming that it was “scandalous, frivolous or vexatious and an abuse of court process”.

Suriani argued that instead of the lawsuit being vexatious, it was instead the “discriminatory and outdated” legal provisions that have and continue to cause so many problems to Malaysian mothers.

“Their experiences and pain is hardly frivolous or remeh. It tears at the social fabric of what are Malaysian families. The government’s claim completely lacks compassion and demonstrates how far removed the government is from the everyday realities we as Malaysian citizens face in our lives.

“We are so hopeful that this action will change the lives and realities of many Malaysian women and their families; that the court and the government will be convinced by the strength of our argument and moved by compassion and doing what is just and right,” she said.

Besides Suriani, four of the six other applicants had also came to the court today, namely Myra Eliza Mohd Danil, Adlyn Adam Teoh, Choong Wai Li and another Malaysian woman whose name is being withheld for privacy purposes. 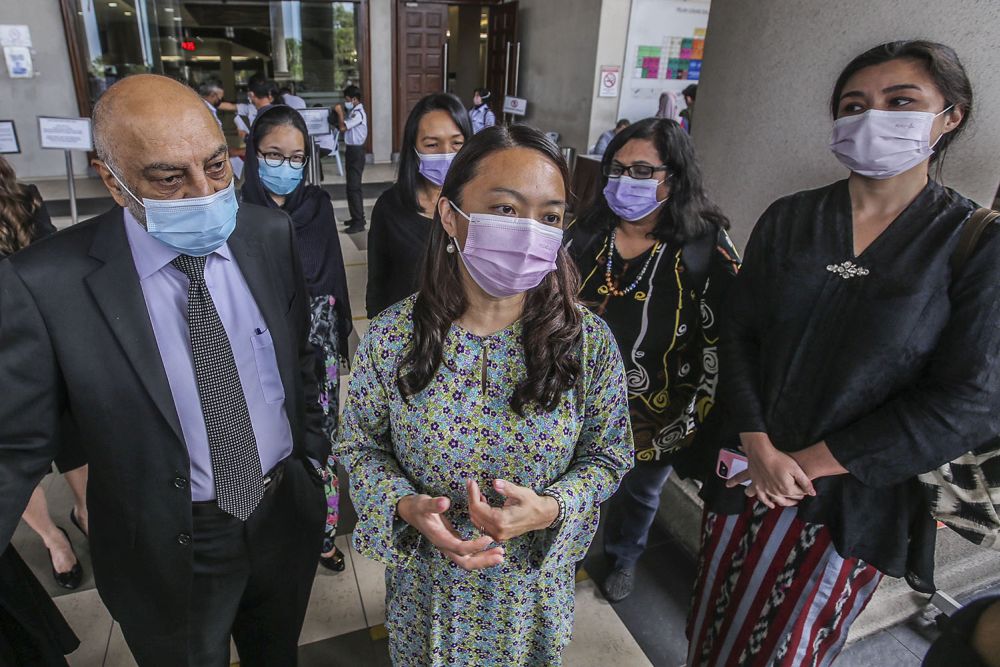 Segambut MP Hannah Yeoh was also seen this morning at the Kuala Lumpur court complex to provide moral support to the Malaysian mothers, where she highlighted that MPs have also brought up this issue of citizenship laws that discriminate based on gender.

“We have many times raised this in Parliament that the current laws discriminate women.

“So in this Covid-19 situation, there are many Malaysian women, although they want to give birth in Malaysia, they cannot return as the borders are closed, so when they wish to apply for citizenship for their children, it is not automatic, they have to apply,” she said.

She also pointed out the lengthy process involved, noting that those who apply for their children’s citizenship have to wait for up to even 10 years as they apply repeatedly and wait for a response, noting that this causes hardship to families.

“So, Malaysia is among only 25 countries globally that still discriminate women in the granting of citizenship to their children. So we hope Malaysian women who have waited for a long time can obtain justice through their court case,” she added.