Saturday, May 8
You are at:Home»Health & Environment»At least 1 in 10 women experience miscarriage — study 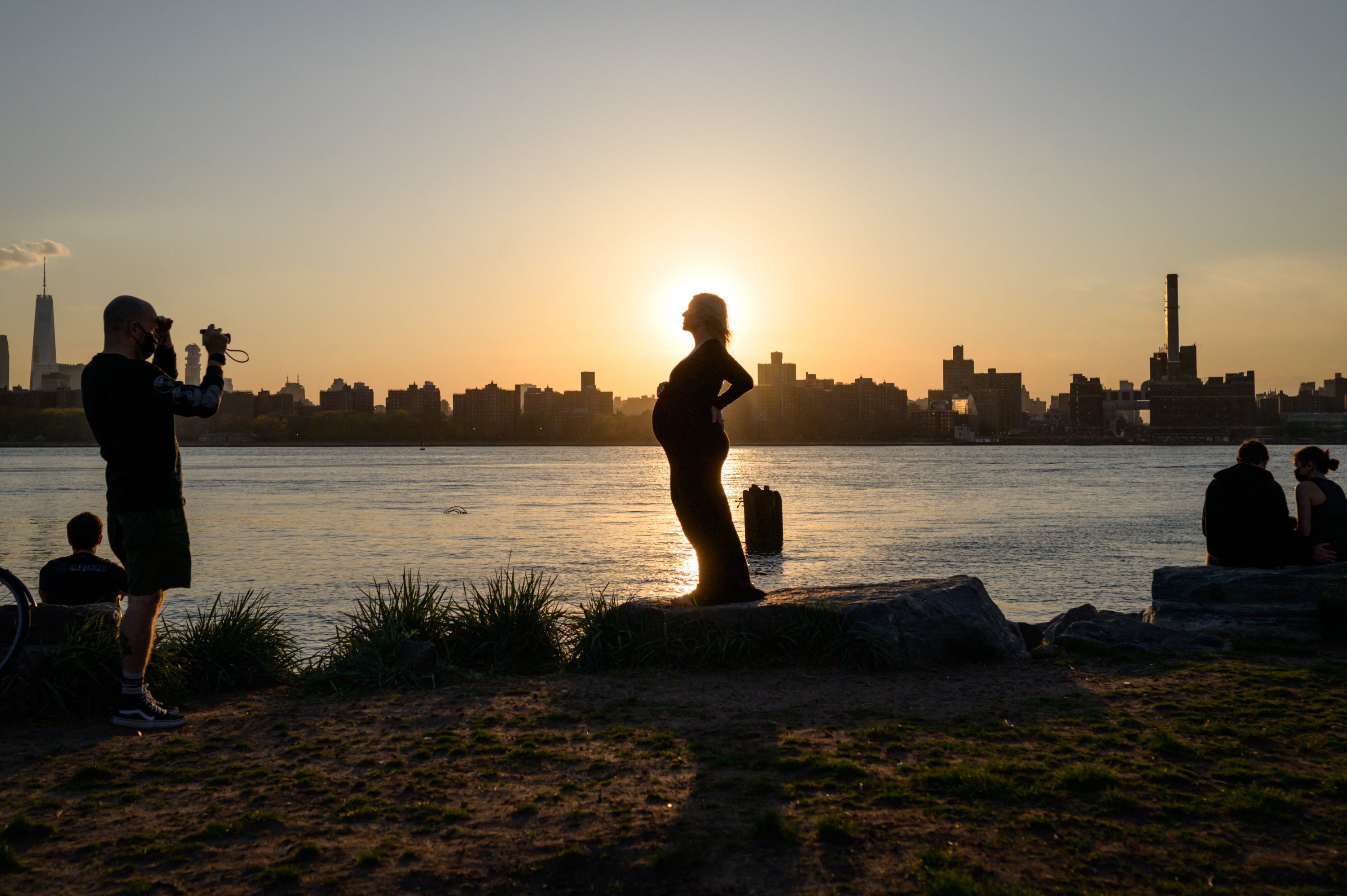 A pregnant woman poses for photos before the Manhattan city skyline at sunset in a park in Williamsburg, New York on April 20, 2021. One in seven pregnancies worldwide ends in miscarriage, and 11 per cent of women endure a failed pregnancy at least once in their lifetime — AFP photo

PARIS (April 27): One in seven pregnancies worldwide ends in miscarriage, and 11 per cent of women endure a failed pregnancy at least once in their lifetime, experts said Tuesday.

Some 23 million miscarriages occur every year, according to data pieced together from around the globe by an international team of 31 researchers.

But the actual tally is sure to be “substantially higher” due to underreporting, they said in a trio of studies published in The Lancet.

Two per cent of women — one in 50 — have experienced two miscarriages, while less that 1 per cent have been through three or more.

Levels of care for women suffering miscarriage is highly uneven across countries, and even within many wealthy nations, the data showed.

“A new system is needed to ensure miscarriages are better recognised and women are given the physical and mental health care they need,” the researchers said in a statement.

Misconceptions about miscarriage are widespread.

Many women believe they occur only rarely, for example, or that they can be caused by lifting heavy objects or previous contraceptive use.

They may also think that there’s no effective treatments to prevent a miscarriage, especially in women at high risk.

Such misconceptions can be damaging, leaving women and their partners feeling at fault and discouraging them from seeking treatment and support, the authors note.

Miscarriage can also lead to isolation, since many women might not tell their family, close friends, or even their partner about the loss of a pregnancy.

“Silence around miscarriage remains not only for women who experience it, but also among health care providers, policymakers and research funders,” said co-lead author Siobhan Quenby, a professor at the University of Warwick and director of Tommy’s National Centre for Miscarriage Research.

A miscarriage is widely defined as the loss of a pregnancy before 20 to 24 weeks of gestation, with the exact time period varying from country to country.

A review of published academic literature up to mid-May 2020 identified many causes for miscarriages, including a more advanced maternal age, previous miscarriages, and a father older than 40.

Other risk factors correlating with pregnancies that end spontaneously are being extremely under- or over-weight, smoking, alcohol consumption, persistent stress, working night shifts, and constant exposure to air pollution or pesticides.

Health consequences can be severe, especially for women who experience a second or multiple miscarriages.

“Recurrent miscarriage is a devastating experience for most women, but the mental health impact is rarely acknowledged or addressed in medical care,” said co-lead author Arri Coomarasamy, from the University of Birmingham.

“Women can experience trauma and bereavement, which may have no obvious sign and can go unrecognised.”

There is also a link with anxiety, depression and — for about 20 per cent of women — post-traumatic stress disorder nine months after a miscarriage.

The authors of the three studies noted that most data comes from wealthier nations, but that the “silence around miscarriage” is found everywhere.

“For too long miscarriage has been minimised and often dismissed,” The Lancet said in a companion editorial.

“The lack of medical progress should be shocking — instead, there is pervasive acceptance.”

“The era of telling women to ‘just try again’ is over,” The Lancet said. — AFP